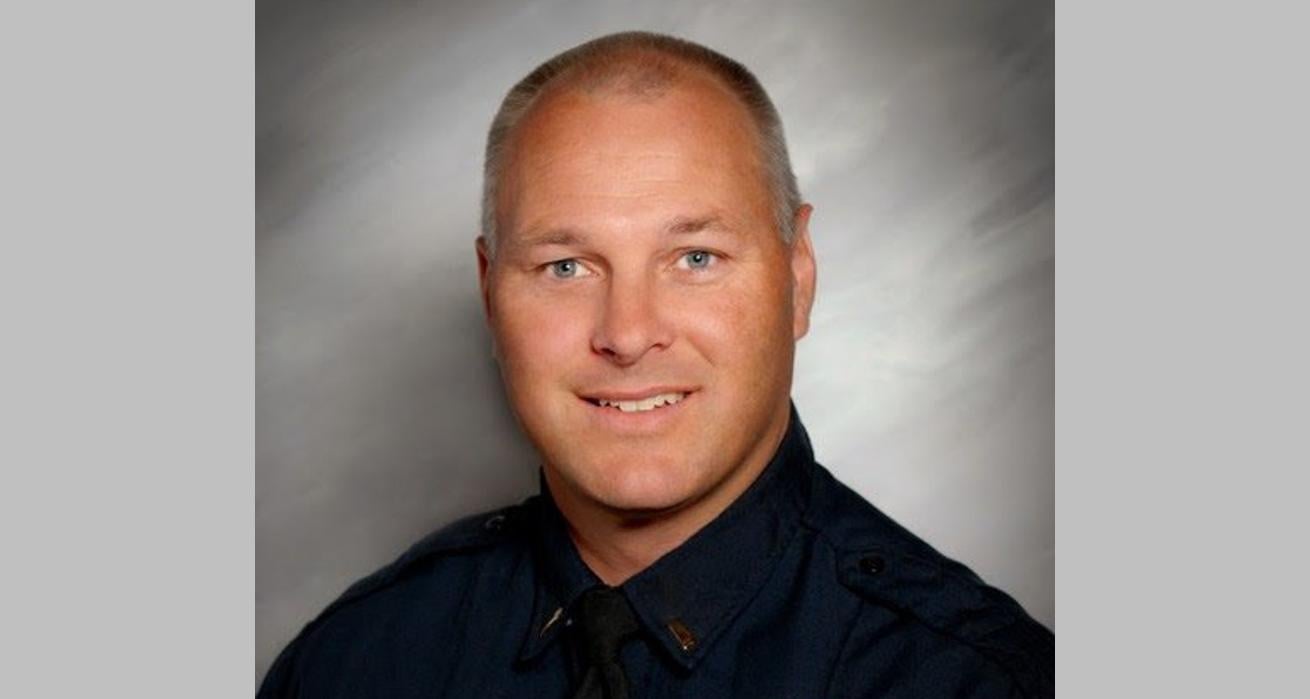 Pete Stauber is known as a man who will risk even his own life for the betterment of his community. He is a Republican and is campaigning hard for the election for Minnesota’s 8th District seat, which will be held in November 2018.

With his conservative views and his 22-year service in the Duluth Police Department, Pete Stauber is hoping to appeal to the voters and turn around his constituency economically. He has the full support of President Donald Trump, who went to Duluth to encourage him personally.

Here are some details from Pete Stauber’s wiki.

It takes a strong man to devote himself to public service in America, and Pete Stauber is just that kind of man. He defeated a 16-year incumbent in 2012 to become a St. Louis County Commissioner and is serving his second term on the St. Louis County Board today.

Pete Stauber is in the news because he is running for election in Minnesota’s 8th District. The seat was previously held by Minnesota Democratic-Farmer-Labor Party Rep. Rick Nolan.

Minnesota’s 8th District is in bad shape economically, and Stauber is promising to change all that. He knows that he is in for a fierce battle and is busy preparing for the August primary.

Keen to ensure that Stauber wins the seat in the election in November 2018, President Donald Trump held a rally in Duluth on Wednesday, June 20, 2018, where Stauber spoke as well.

Stauber has always been a vocal supporter of Trump and left no stone unturned to make sure that everybody knew Trump was coming on his behalf. He sent out fundraising email blasts in the days before Trump’s rally in Duluth, and he even held a pre-Trump rally event on Wednesday evening with his supporters in Hermantown.

Minnesota’s 8th District is home to a mining region called the Iron Range. It has traditionally been Democrat territory but has warmed up to Trump’s populist policies as of late.

Stauber entered the race in July 2017. His candidacy got official sanction when he was unanimously endorsed at the 8th District GOP Convention. 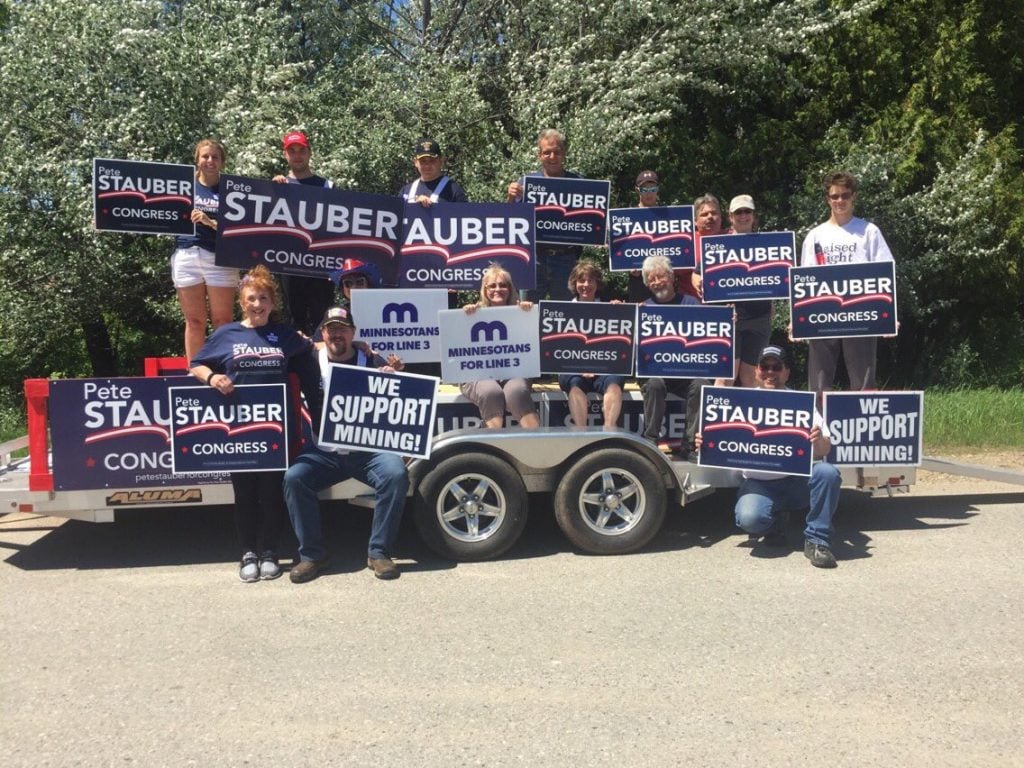 He Played for the Detroit Red Wings

Stauber has been an overachiever right from his school days. He grew up in Duluth and studied at Denfeld High School, where he got a scholarship to play hockey at Lake Superior State University in 1988.

That year, he was the captain of his team and led them to win an NCAA Division 1 Men’s Ice Hockey Championship, before playing professionally with the Detroit Red Wings for three years.

After retiring from hockey, Stauber returned to Minnesota and pondered about his future. He had earned a Bachelor of Science degree in Criminal Justice in college, so that made him gravitate towards law enforcement.

Stauber became a Duluth police officer, and this experience later shaped his views on gun control and community safety. He worked as a police officer for 22 years before retiring in August 2017.

He was Shot Twice—And Survived!

During his years as a police officer, Stauber was the victim of two violent gun crimes.

In 1995, a criminal with multiple past offenses shot Stauber in the head when he was off-duty. And a few years later, a suspect pulled the trigger at point-blank range, but fortunately, the gun malfunctioned.

Stauber then took the stand and said the country needed safer communities and protection for responsible, law-abiding gun owners.

Stauber has served as a board member of United Day Activities Center, where he helped special needs people in the Duluth area.

As a Republican, Stauber is a conservative, who is firmly against abortion. He is pro-life and believes that new mines need to be opened in the district, despite opposition from the environmentalists.

Helping People Is His Highest Priority

Stauber has served as a board member of United Day Activities Center, where he helped people with special needs in the Duluth area.

As a Republican, Stauber is a conservative, who is firmly against abortion as he is pro-life. He also strongly believes that new mines need to be opened in the district, despite opposition from the environmentalists.

Stauber couldn’t have had such a terrific run without the support of his family, and he is the first one to admit it. His wife, Jodi Stauber, is an Iraq war veteran. She was the 148th Fighter Wing’s first female command chief.

Jodi Stauber retired in 2010 after more than 20 years of service. Before retiring, she was involved with the Minnesota National Guard’s Beyond the Yellow Ribbon program, where she helped military members reintegrate into civilian life. 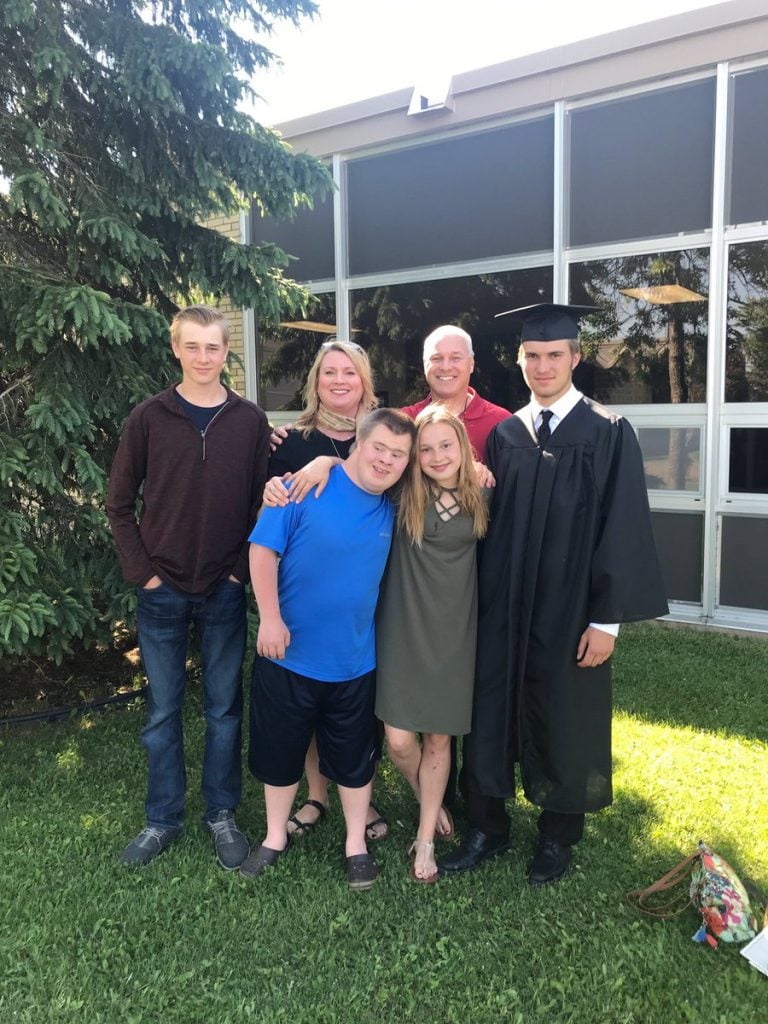 Pete Stauber with His Family on the Day of His Son Levi’s Graduation (Photo: Twitter/PeteStauber)

Pete and Jodi Stauber live in Hermantown, Minnesota, and are active members of the St. Lawrence Catholic Church.

They have four children together named Levi, Luke, Isaac, and Addilynn Stauber. The couple’s sons are following in their father’s footsteps and play hockey. This seems to be a Stauber family tradition as his brothers were expert hockey players, as well!

Right now, Stauber is working hard to connect with the people of the 8th District and is using his social media accounts to spread his political message.

Stauber’s Twitter account is spreading his campaign message, “Peter Stauber for Congress,” and he is using it to make people more aware of his policies.

He Hopes to Win the November 2018 Election

With his exemplary record of public service, people are believing in Stauber and support him in his campaign.

Although the final winner will be decided by ballot in November 2018, Pete Stauber is already making plans for serving his community in as many ways as he can. And with the full support of the President behind him, Pete Stauber could definitely win it!