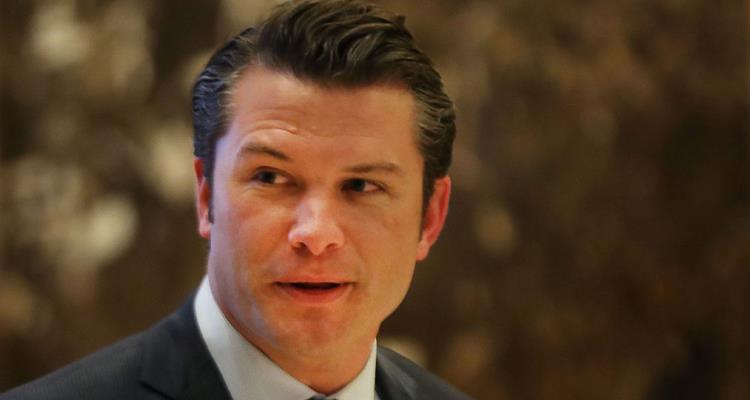 Pete Hegseth is making news today, after he read three recent tweets made by President Donald Trump. On FOX News, the Fox & Friends co-host quoted the tweets where Trump said he was talking with other countries and their heads of state, focusing on “substance” instead of the “so-called mainstream media.” Even so, it’s clear that Trump often tweets about the media, criticizing journalists and ranting about “fake news.” The attention has drawn people to look for more information on the co-host, and many are now wondering, who is Pete Hegseth’s wife? If you want to learn more about his other half, keep reading our Samantha Hegseth wiki!

Pete Hegseth married Samantha in 2010, and she is his second wife after his divorce from his high school sweetheart, Meredith Schwarz (whom he was married to from 2004 to 2009). He has three children with Samantha. The first, Gunner, was conceived before their marriage, and the second, Boone, was born in August 2012. They also have a baby named Rex. Hegseth’s net worth is an estimated $3.0 million, which Samantha may be sharing with him. Samantha Hegseth’s age is unclear, but based on Samantha Hegseth’s pics, she looks to be close in age to her husband, who is 37.

My ❤️ is so full I almost cry when I think of ALL AMERICANS of ALL BACKGROUNDS celebrating FREEDOM today! #ProudAmerican pic.twitter.com/QQpWQPom2u

There is not a lot of information on Samantha, and it may be because she is not a celebrity or political figure. Perhaps this is one of the reasons why the couple has been married for seven years and going strong! Hegseth, however, is a Republican, born June 6, 1980 in Minneapolis, Minnesota. He is a former executive director of Vets for Freedom, and was also a senior counterinsurgency instructor from 2011 to 2012.

He is a FOX News Channel (FNC) contributor who joined the team in 2014, and provides analysis and commentary across the network’s daytime and primetime programming. He was formerly the CEO of Concerned Veterans for America. He’s been gaining some recent publicity, as he was in consideration to lead the U.S. Department of Veteran Affairs in the Trump administration, but he was rejected for the position by major veterans’ groups. He holds the honors of the Combat Infantryman Badge Bronze Star, the Army Commendation Medal, and the Expert Infantryman Badge.

Hegseth has a bachelor’s degree in politics, which he received from Princeton University. He also holds a master’s degree in public policy from Harvard University’s John F. Kennedy School of Government.