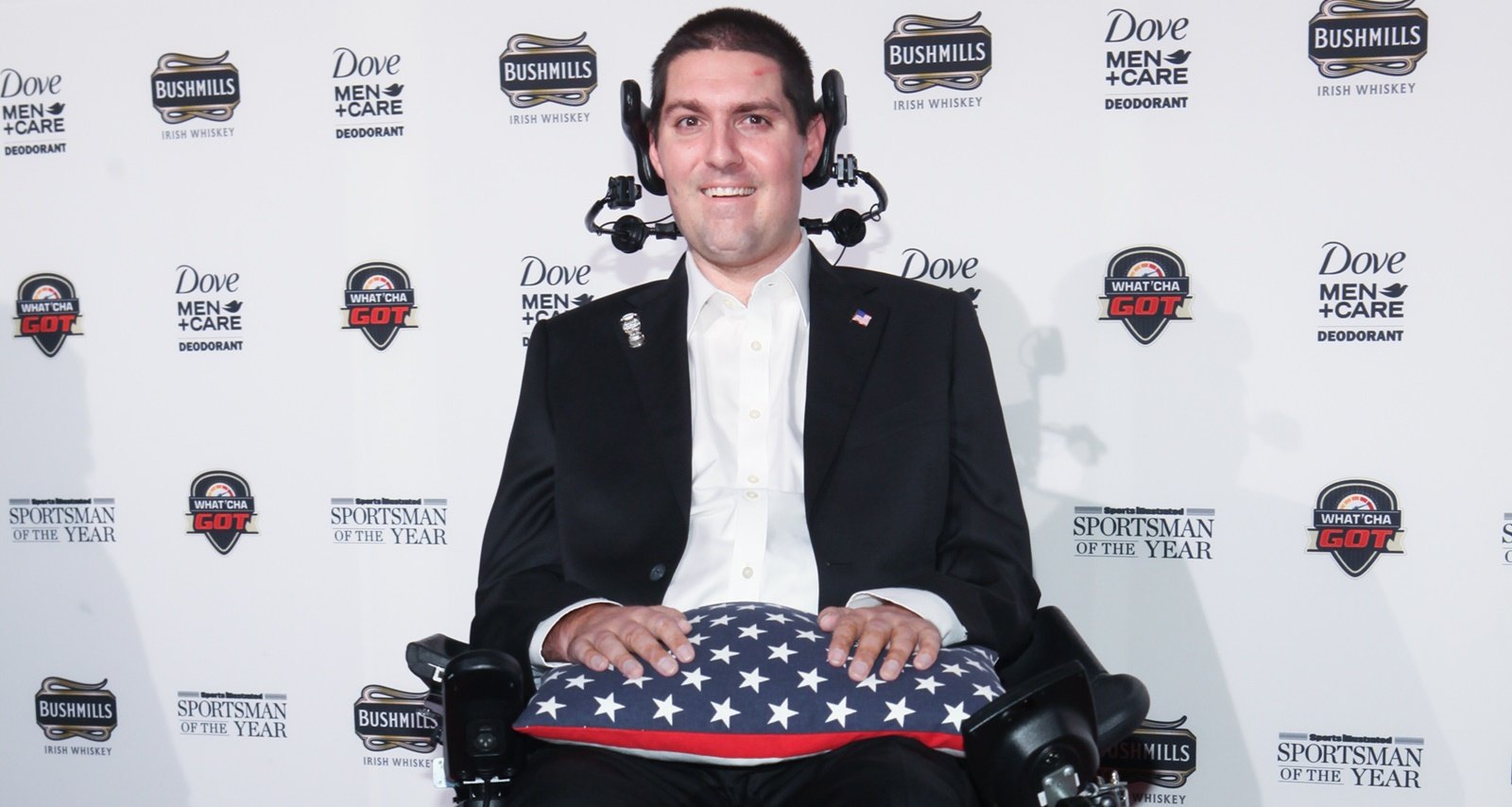 Pete Frates, the former baseball player and one of the inspirations behind the ALS Ice Bucket Challenge, has passed away on December 9, 2019. He was 34. Frates’ battle with amyotrophic lateral sclerosis has not only spread awareness about the motor neuron disease, but also encouraged and inspired others who suffer from it and their families. Frates was a fighter and true inspiration we celebrate in this Pete Frates’ wiki.

Pete Frates Was a Baseball Player

Pete Frates was born on December 28, 1984 to John and Nancy Frates. Pete and his family, including his brother, Andrew, and sister, Jennifer, are natives of Massachusetts. The Beverly resident would have celebrated his 35th birthday this year.

An all-round athlete who played baseball, hockey, and football at Danvers’ St. John’s Prep, Pete turned his focus to baseball when he enrolled in Boston College. His parents and sister are all alumni of Boston College.

Before he graduated with a degree in communications in 2007, Frates had built impressive stats in collegiate baseball and was a four-year varsity letter winner.

Pete played professionally in Germany and in amateur leagues in the U.S. In 2012, he was named director of baseball operations for Boston College.

A few days later, he’d be diagnosed with ALS, also known as Lou Gehrig’s disease for the famed New York Yankees legend who also battled it.

Pete Frates and His Wife, Julie, Have One Daughter

Like his parents before him, both Frates and Julie Kowalik were BC graduates, who met when Julie was a rising senior at the college. It was during a Fourth of July celebration in 2010, where he fell for her so hard that the best pick-up line he could come up with was: “Do you like dates?”

But Julie, who did like dates, was charmed, nonetheless. They dated after that and were together for years.

Frates didn’t let his ALS diagnosis keep him from living, and Julie wasn’t deterred by his medical condition, either. Even before they tied the knot, Julie had stuck by him in sickness and in health, taking care of his day-to-day needs.

They’d marry on June 1, 2013 and remain a powerful unit as Pete was in and out of rehab and doctors’ visits.

The following year would be special to them—and not just because Frates’ ALS awareness advocacy picked up with the Ice Bucket Challenge. The Frates family also welcomed Pete and Julie’s daughter, Lucy, on August 31, 2014.

Frates Was One of the Ice Bucket Challenge Inspirations

While the Ice Bucket Challenge existed in different versions for various causes in mid-2013, its focus shifted to ALS when a Florida golfer, Chris Kennedy, did the challenge and connected it to a charity for ALS for a relative who suffered from it. Soon, the Ice Bucket Challenge with an emphasis on ALS spread until it reached New York native Pat Quinn.

It further helped Pete and the Frates family’s efforts to spread awareness about ALS and support research into the disease. Thanks to the momentum Pete set off, the Ice Bucket Challenge raised over $220.0 million towards ALS research.

In 2017, his father mentioned in an interview that the family had been struggling with mounting medical bills from Pete’s care. At the time, Pete was on life support at home, with his bedroom converted into an intensive care room.

Nonetheless, they kept up their fight to keep Pete at home with his wife and daughter instead of placing him in a facility. Pete’s brother Andrew also became Pete’s caretaker and a motivational speaker for ALS awareness.

Pete’s family released a statement Monday saying that the inspiring icon passed away peacefully at home surrounded by family and friends. His alma maters, several other organizations, and everyday people have shared obituaries in Pete’s memory, revealing how many lives he touched.

The Frates have encouraged others to carry on Pete’s legacy in fighting ALS and requested those who want to honor his memory to donate towards the cause.