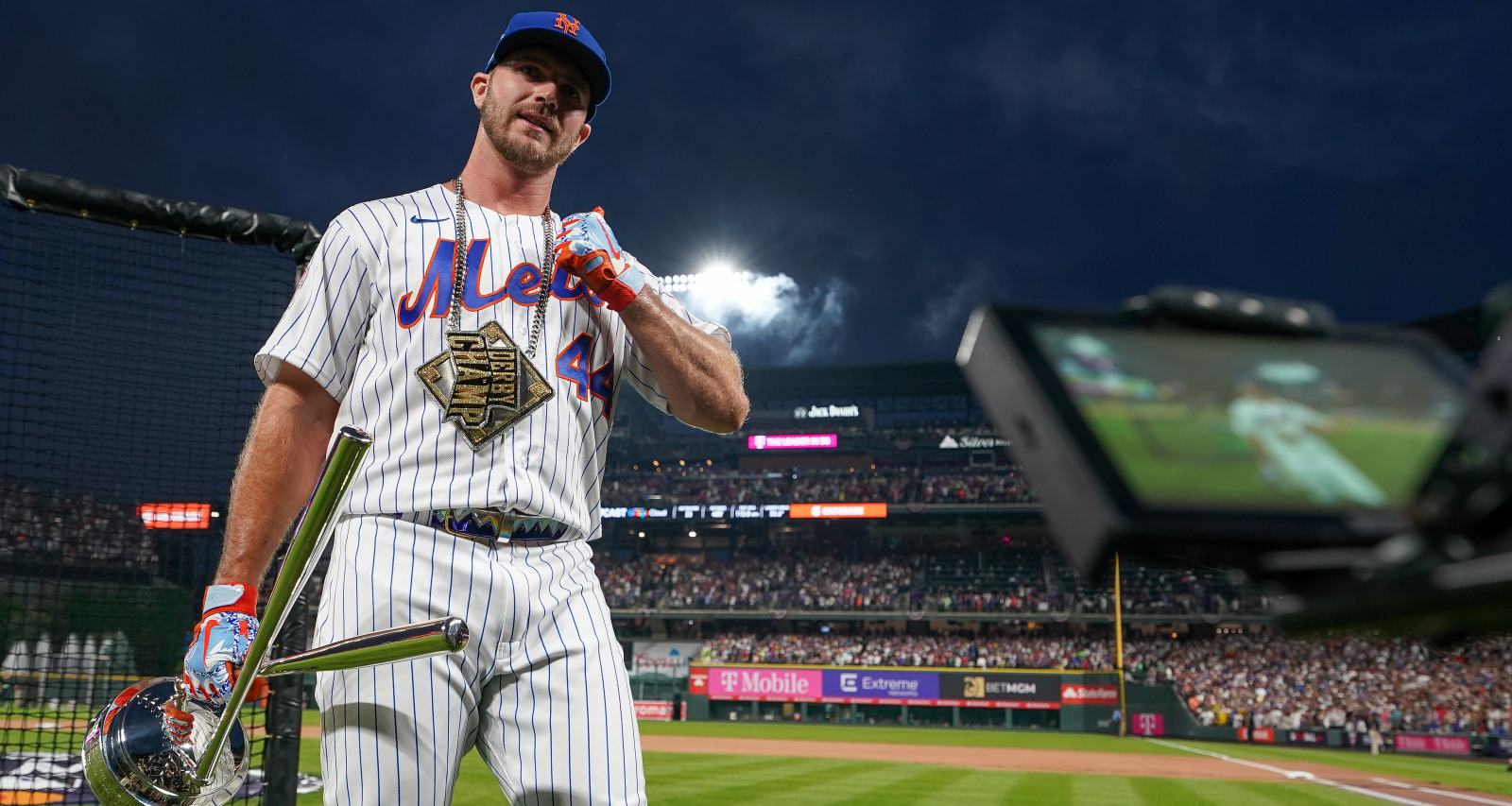 Pete Alonso’s career in the diamond is only moving up. Following a contract extension, the New York Mets’ standout baseman won his second straight Home Run Derby title. And with it came a million-dollar prize. According to latest figures, Pete Alonso’s net worth in 2021 is estimated at $4.0 million thanks to his salary and additional prizes. A look at his career so far reveals how every accomplishment added to his growing fortune.

Florida native Pete Alonso was born on December 7, 1994. In high school, he played lacrosse, football, and baseball, but focused on baseball later. He went on to play baseball for the University of Florida Gators, where he recorded some spectacular stats in the school’s history books.

The New York Mets picked Alonso in the 2016 MLB draft. His first professional contract came with a signing bonus of $909,200. In the minor leagues, he impressed baseball analysts enough to be ranked among the top prospects for the major league.

The Mets called him up to their 2019 roster as starting first baseman. Pretty soon, he made his first major league hit when the Mets played against the Washington Nationals. During his rookie season would also be when he earned his nickname, “Polar Bear.”

In July 2019, Alonso won the Home Run Derby for the first time in his career. He was only the second rookie, after Aaron Judge, to win the title.

The winner’s prize that year had been nearly doubled, to $1.0 million, from the 2018 reward. Not only was it higher than Alonso’s salary so far, but it was also the first million-dollar earning of his career.

After the shortened 2020 season, he was once again the Mets’ first baseman heading into the 2021 season. The All-Star first baseman and the Mets also agreed to a one-year contract extension, and his salary was bumped to $652,521.

He continues to outdo himself in his second season in the majors. He’s now won his second straight Home Run Derby, which came with his second million-dollar prize, a trophy, and a necklace.

Alonso’s career seems to run almost parallel to Yankees outfielder Judge. In 2019, he was commended for making the same career move in his rookie year as Judge did before him when he signed the first endorsement deal of his career.

In 2019, Alonso signed an exclusive deal with Fanatics, one of the leading manufacturers and sellers of officially licensed sports merchandise. Judge had signed a similar deal in 2017.

Thanks to the deal, Alonso makes a pretty penny from the sale of his official memorabilia and collectibles. Fans also noted authenticators near Alonso at a signing soon after the deal was made.