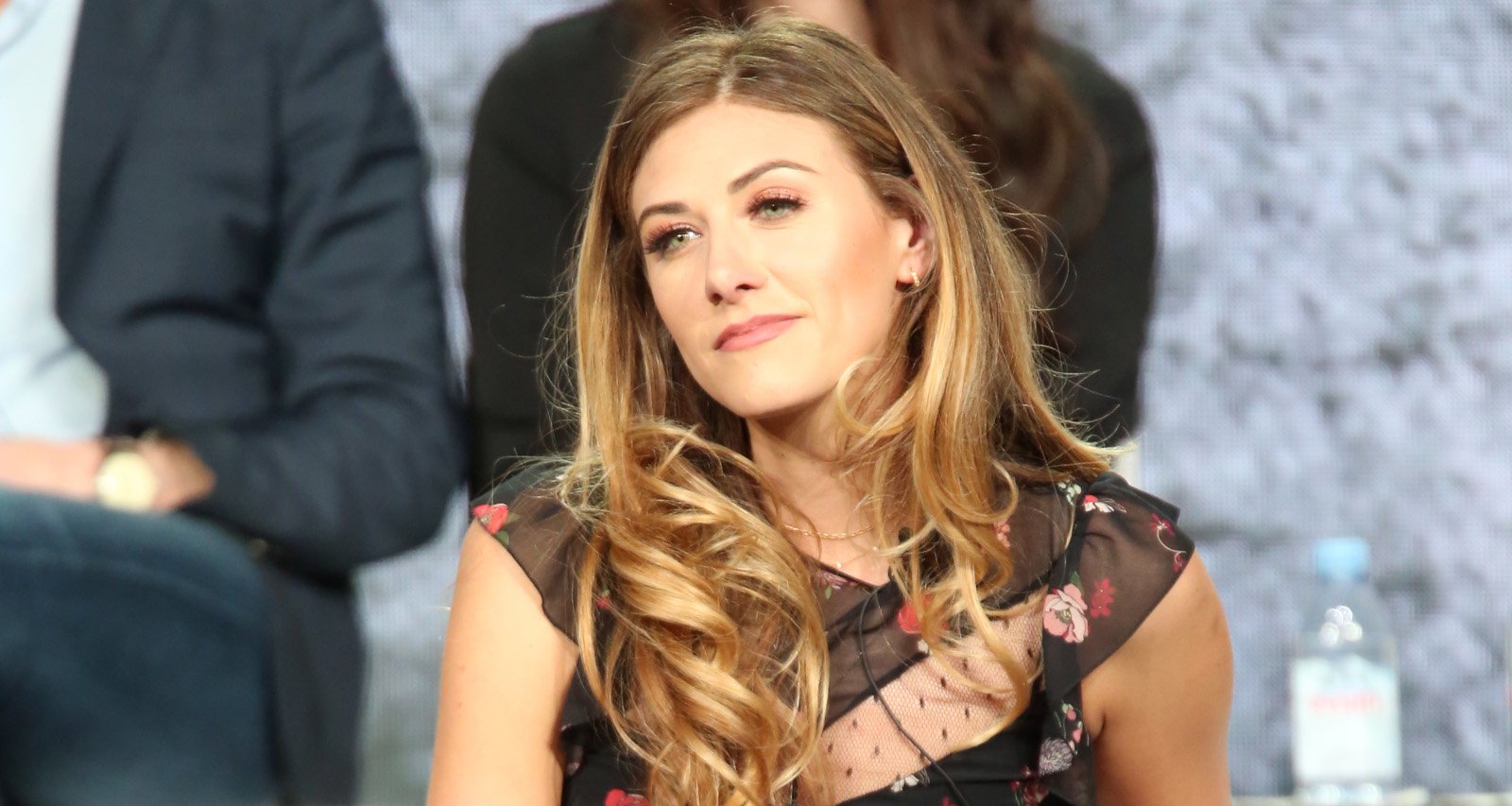 Perry Mattfeld of the television show 'In the Dark' at The Langham Huntington, Pasadena on January 31, 2019 in Pasadena, California.

In the Dark is the latest offering from the CW you need to add to your TV viewing schedule when it premieres on April 4, 2019. Perry Mattfeld portrays the visually impaired Murphy in the captivating new series. You might recognize her from her stint in Shameless, but she’s much more than just an actress. We’ve got Perry Mattfeld’s wiki to bring you up to speed on this rising actress.

Perry Mattfeld was born on March 29, 1994 in California, to Shelley Garcia and Kenneth Mattfeld. Her family is based in Long Beach, where she was born and raised.

Her father Kenneth Mattfeld has been a deputy city attorney for the Port of Los Angeles since 2003. He previously worked in L.A.-based law firms after acquiring his JD from Loyola Law School.

Kenneth previously studied management at William & Mary and USC and has a BS in naval architecture and marine engineering from the University of Michigan. Before studying law, he worked as a naval architect for several years.

Perry attended Long Beach Polytechnic High School and also took an advanced drama class at her manager Constance Tillotson’s studio. She would go on to attend her father’s alma mater, the University of Southern California. However, instead of management science, she studied acting.

Perry didn’t want to drop academics to pursue acting like many aspiring actors. Citing Yale alum Meryl Streep and Brown alum Emma Watson as her inspirations, Mattfeld persevered in school while going to auditions. “The more educated you are and the more life experience you have, the more you can contribute to your characters,” she believes.

She was also a member of the Song Girls, one of the spirit groups at USC. She was even featured in Sports Illustrated in 2014 as a Cheerleader of the Week.

After attending multiple talkbacks with other famous USC alum, Perry returned to her old stomping grounds to talk to USC students about her acting career on April 1, 2019.

Willing to share all of my failures, my lessons learned, and my small victories with my fellow Trojans! Link in bio to RSVP✌🏼 Thank you USC!!

From a very young age, Mattfeld showed a talent for performing. She started singing and dancing when she was three years old. She also played the piano and acted in school plays.

Perry formally began dancing ballet when she was five years old. After nine years of dancing ballet, she trained in different styles under the legendary choreographer Debbie Allen in Los Angeles.

It was through Allen that Mattfeld’s entertainment dreams would get a head start.

Under Allen’s tutelage, Mattfeld not only developed as a performer, but even got an early start in her career. She performed in Allen’s showcases, including in the dance icon’s world premiere musical, Alex in Wonderland.

Perry would go on to work in musical theater in local productions. She was part of the original singing cast at Mattel’s American Girl Theater in L.A., where she portrayed American Girl dolls Kirsten Larson and Kit Kittredge from 2005 to 2007.

She Appeared in Wizards of Waverly Place

Mattfeld started acting professionally in 2006 with minor roles on TV. However, she would bag one of her earliest major roles in 2009 on Disney.

The then-15-year-old starred alongside Selena Gomez in Wizards of Waverly Place where she played a teen “Franken-Girl.” At that time, casting directors for the show were on the hunt for a tall teenage actress who could be convincing as a cheerleader and meet the demands of physical comedy of the role.

At 5’10” and a talented high school cheerleader, Mattfeld fit the bill. And she made a memorable impression at her audition, too.

“I showed up to the audition with my hair in two knots and a blue cheerleading uniform to make myself become Franken-Girl,” Perry said. “I did a monster cheer at the audition and it was really freaky and weird. The director told me he watches my audition tape all the time because it’s really funny.”

For her role as Franken-Girl, Mattfeld spent two hours in hair and makeup to get the monstrous prosthetics fitted, including a fake forehead and bolts.

While her acting career was progressing slowly but steadily, Mattfeld pursued a side career in modeling. The opportunity came soon after graduating from USC, when she met Kelly Gray.

Globally renowned fashion legend Kelly Gray is the daughter of Robert and Marie Gray, who founded the international knit fashion brand St. John. Kelly and Marie Gray would break away from St. John knits to form their own luxury fashion brand, Grayse, headquartered in Irvine, California.

Kelly wasted no time hiring Perry Mattfeld to model Grayse creations in photos and runways. “I knew the first time I met Perry that not only is she a rare, natural beauty, but she has that star quality that only comes along every once in a while,” former model Kelly said about Mattfeld.

She Starred in Shameless

Mel is not very likeable and rubs Fiona the wrong way. Nonetheless, Perry Mattfeld has gained visibility thanks to the role and, who knows, we might see Mel return when Shameless season 10 premieres this year.

In the meantime, we’ll see Mattfeld in her first lead role in CW’s In the Dark, premiering on April 4. Her character, Murphy Mason, is a blind woman and the only witness to her friend’s murder. Together with her faithful guide dog, Pretzel, and pal Jess (Brooke Markham), Murphy tries to solve her friend’s murder.

The producers were looking for a visually impaired actor but went with the up-and-coming actress after seeing Mattfeld’s commitment to portraying Murphy. Perry spent weeks acclimating herself to life with a cane. She even spent hours at the home of Lorri Bernson, who is actually blind and a consultant on the show.

Mattfeld’s canine costar is a seven-year-old golden retriever, Levi. She also spent a lot of time bonding with the dog and absolutely adores her.

So don’t miss Perry Mattfeld and her furry sidekick on In the Dark, this Thursday, April 4, at 9:00 p.m. on the CW.