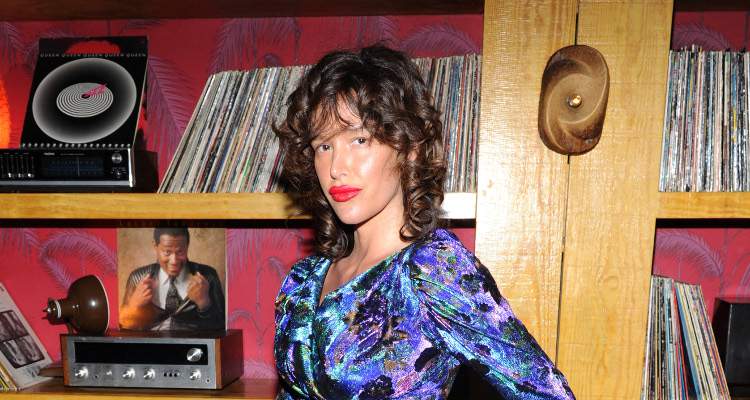 Paz de la Huerta is another actress in a long list of women who have accused film producer Harvey Weinstein of sexually assaulting them. Huerta’s accusations are even worse as she claims that Weinstein raped her twice in her home in late 2010. The actress who stunned everybody with her performance in the acclaimed film, Enter the Void, has admitted that her physical and mental health has been negatively affected following the alleged rapes. Is there a light shining for her at the end of what seems to be an endless dark tunnel?

The list of women who have accused famous Hollywood movie producer Harvey Weinstein of sexually harassing them just got longer. Only this time, the accusations against him are even more chilling.

Actress Paz de la Huerta has accused Weinstein of raping her twice in the fall of 2010. She was just starting to make a name for herself in Hollywood.

Paz de la Huerta and Harvey Weinstein met each other one day in November 2010 in a bar in Manhattan, New York. Huerta had met Weinstein professionally before when she was just 14 years old when she worked on the critically-acclaimed film, The Cider House Rules.

Weinstein sent her some science-fiction books and suggested that she might be just right for a role in one of his projects. And according to Huerta, what happened later devastated her both personally and professionally. It’s only now that she has been able to talk publicly about it.

Giving It Her All

Born on September 3, 1984, in New York City, to her parents Judith Bruce and Iñigo de la Huerta y Ozores, Paz de la Huerta’s age is 33 years. She is an American actress and model who began modeling when she was just a teen, becoming a runway model before acting in films.

De la Huerta made her debut in the film, The Object of My Affection. But, she rose to prominence when she starred in the modest hit movie, A Walk to Remember.

The film that proved that de la Huerta had incredible acting skills was Enter the Void, a psychedelic drama set in a neon-lit nightclub in Tokyo, Japan. She gave the role everything she had, and her character is seen screaming and crying, not to mention naked. This film made Hollywood sit up and take de la Huerta seriously as an actress.

Other Paz de la Huerta movies that have hit the screen are Riding in Cars with Boys, Bringing Rain, Fierce People, Hollywood Dreams, The Tripper, The Limits of Control, In the Woods, Nurse 3D, and The Girl Is in Trouble.

De la Huerta has also acted in several TV series such as Law & Order, The Practice, X-Femmes, Boardwalk Empire, and Eagleheart. She has also appeared in some music videos, including “Video Games” by Lana Del Rey.

The Night the Horror Began

By my friend @kennethwilldart love , Paz.

Paz de la Huerta’s Instagram account is full of disturbing pictures. There are pics of her with older men, with friends, close-ups of the actress in dark lighting, and paintings that are very dark. Could these disturbing images be the result of the alleged rapes that de la Huerta was subjected to by the man she has accused?

According to de la Huerta, Weinstein arrived at her house on that fateful night and demanded to come inside and have a drink.

De la Huerta said, “Things got very uncomfortable very fast.” She continued, “Immediately when we got inside the house, he started to kiss me and I kind of brushed [him] away. Then he pushed me onto the bed, and his pants were down, and he lifted up my skirt. I felt afraid … It wasn’t consensual … It happened very quickly … He stuck himself inside me … When he was done, he said he’d be calling me. I kind of just laid on the bed in shock.”

De la Huerta has also described a second sexual assault that allegedly took place in late December 2010, despite her requests to Weinstein to leave her alone. She said that Weinstein barged into her home, and she was terrified.

De la Huerta remembers, “He hushed me and said, ‘Let’s talk about this in your apartment. I was in no state. I was so terrified of him … I did say no, and when he was on top of me, I said, ‘I don’t want to do this.’ He kept humping me, and it was disgusting. He’s like a pig … He raped me.”

The police are taking an interest in this case now that Paz de la Huerta made her accusations against Weinstein. The actress who admits that she has deteriorated physically and mentally over the years, might see her allegations being taken seriously. A talented young woman’s life and career might still be put back on the rails.