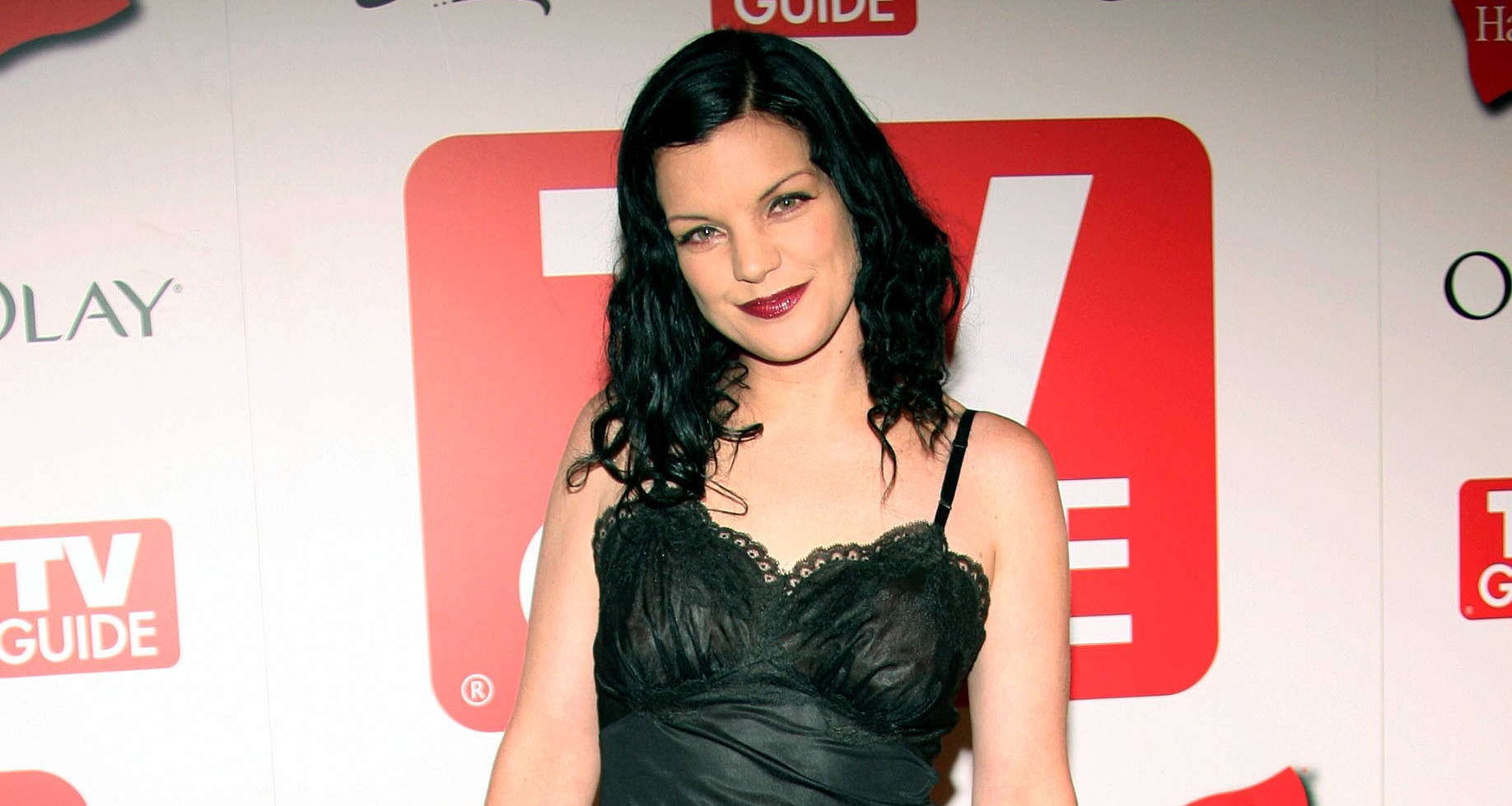 Pauley Perrette is a woman of several talents including acting, writing, and singing. She is also a businesswoman, and has her own shop called Donna Bell’s Bake Shop in Manhattan, New York City. Perrette’s estimated net worth is $22.0 million, and she has regularly supported several charities and donated to crime-fighting agencies. After 15 years on the hit crime-fighting series, Perrette will have some time on her hands to relax and do what she loves most; spend time with her four-legged fur babies, her dogs.

Nobody should be surprised that Pauley Perrette’s net worth in 2018 is estimated at a healthy $22.0 million because she has been working on-screen for as long as she can remember.

Most people know her as the actress who plays the role of Abby Sciuto on the American TV series, NCIS. But Perrette is also a published writer, singer, civil rights activist, and entrepreneur.

Perrette has been working right from her college days in various capacities; from bartending in the club scene, to passing out flyers for Taco Bell, to being a cook on a Manhattan dinner cruise boat, and even doing voice-overs for commercials, Perrette has done it all.

Bit by bit she has earned, saved, and invested her money. And today, she is a woman of independent means.

Pauley Perrette was born on March 27, 1969, in the city of New Orleans, Louisiana, which makes her age 49. She was raised in the southern United States and lived in places like Alabama, Georgia, North Carolina, South Carolina, Tennessee, New York, New Jersey, and California.

Perrette’s early ambitions were to be in a rock and roll band, work with animals, or be an FBI agent. To that effect, she studied criminal justice at the Valdosta State University in Valdosta, Georgia, and then studied at the John Jay College of Criminal Justice in New York City. 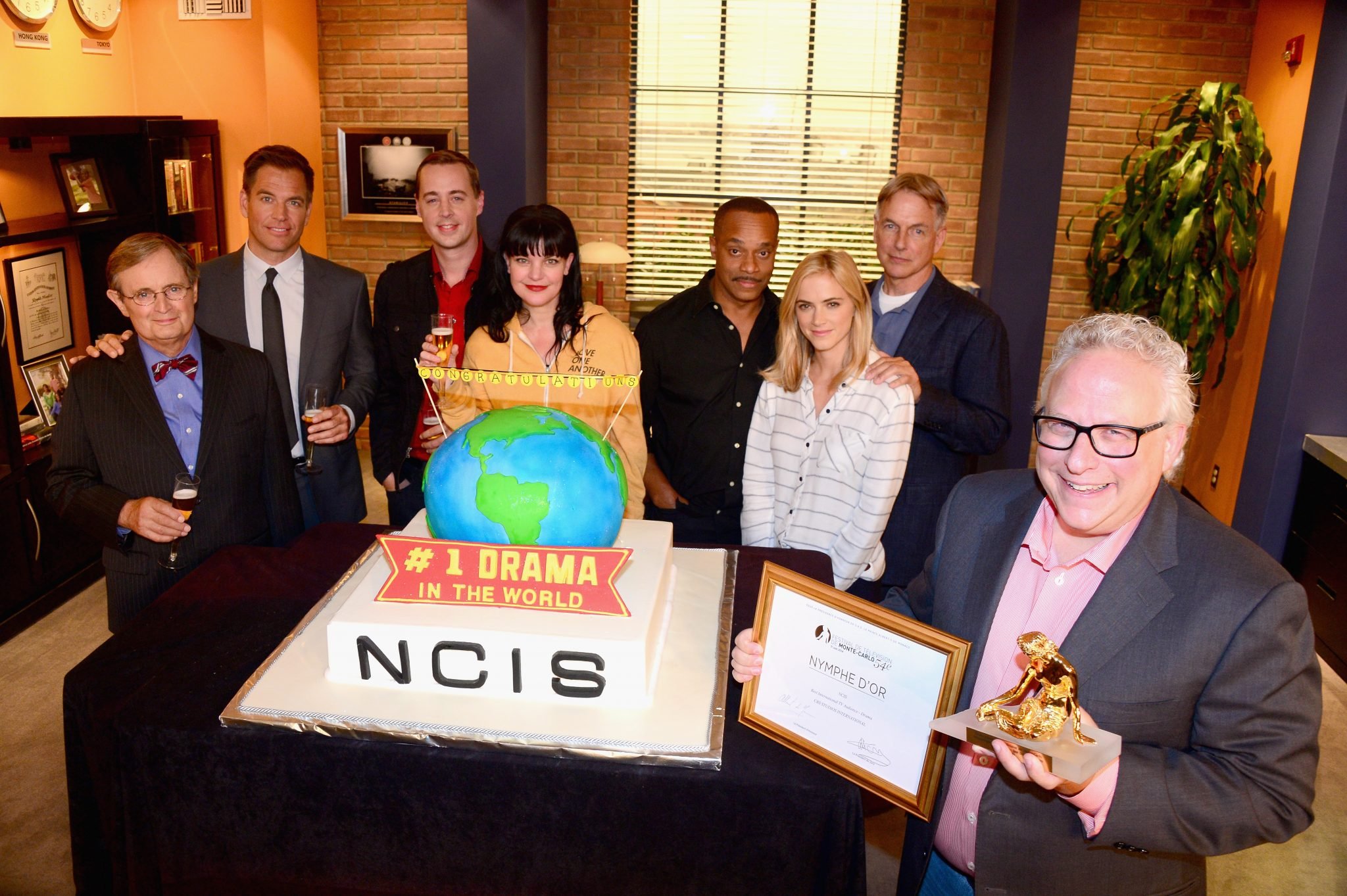 Luck smiled down on Perrette when she was working in New York City. A friend introduced her to an agency advertising director and that got the ball rolling for her future on screen.

Perrette then started appearing in commercials regularly. She moved to Los Angeles, California, where she landed small parts and made guest appearances in several TV shows.

Then, the actress got the part of Abby Sciuto, an eccentric forensic scientist on the series, NCIS. And viewers took to her in a big way. She’s been a staple of the show since day one.

Perrette has also appeared in several films over the years including:

What Is Pauley Perrette’s Salary on NCIS?

The talented actress reportedly makes a wholesome $200,000 per episode, which works out to be a whopping $8.5 million per year!

Considering that she has been a series regular and has appeared in over 350 episodes so far, one can only imagine how much money she has made over the years.

How Much Is Pauley Perrette Worth?

According to sources, Perrette is worth over $22.0 million and growing, thanks to her various assignments like working in films and TV shows and doing commercials, music videos, voice-overs, and short films.

She is also a singer-songwriter and was once the lead singer for a Los Angeles-based, all-female band called Lo-Ball.

Perrette took the stage name Pauley P and one of Lo-Ball’s songs, “Can’t Get Me Down,” was heard in the movie, Legally Blonde. She was also a featured vocalist on the song, “Fire in Your Eyes,” by hip-hop artist B. Taylor, and also appeared in the music video of “The Unnamed Feeling” for the heavy metal band, Metallica.

Her song, “Fear” has been featured on the album, NCIS: The Official TV Soundtrack, which was released on February 10, 2009.

Her Own Beloved Little Venture

Perrette has her hands in many cookie jars (pun intended). And one of them is Donna Bell’s Bake Shop, which she co-owns with Matthew Sandusky.

Some time back, Perrette was the victim of fake skincare ads that claimed she was using and even endorsing their product. It even suggested that she was leaving her show NCIS to launch her own skincare line!

Perrette was horrified and quickly stated that this information was completely false and warned people that it was a scam.

What is true is that Perrette is leaving the show after being associated with it for 15 seasons.

In the May 8, 2018, episode of NCIS, she said goodbye to the entire NCIS team and bowed out of the TV series that had made her a household name. (Fans everywhere were heartbroken.)

Even though she had announced her departure from NCIS back in October 2017, it was very hard for Perrette and the viewers to accept that they would not be seeing her in the hit show anymore. She did not give a reason for her leaving the show but said that it was a gut feeling that she was following.

Appreciated and Loved by Many 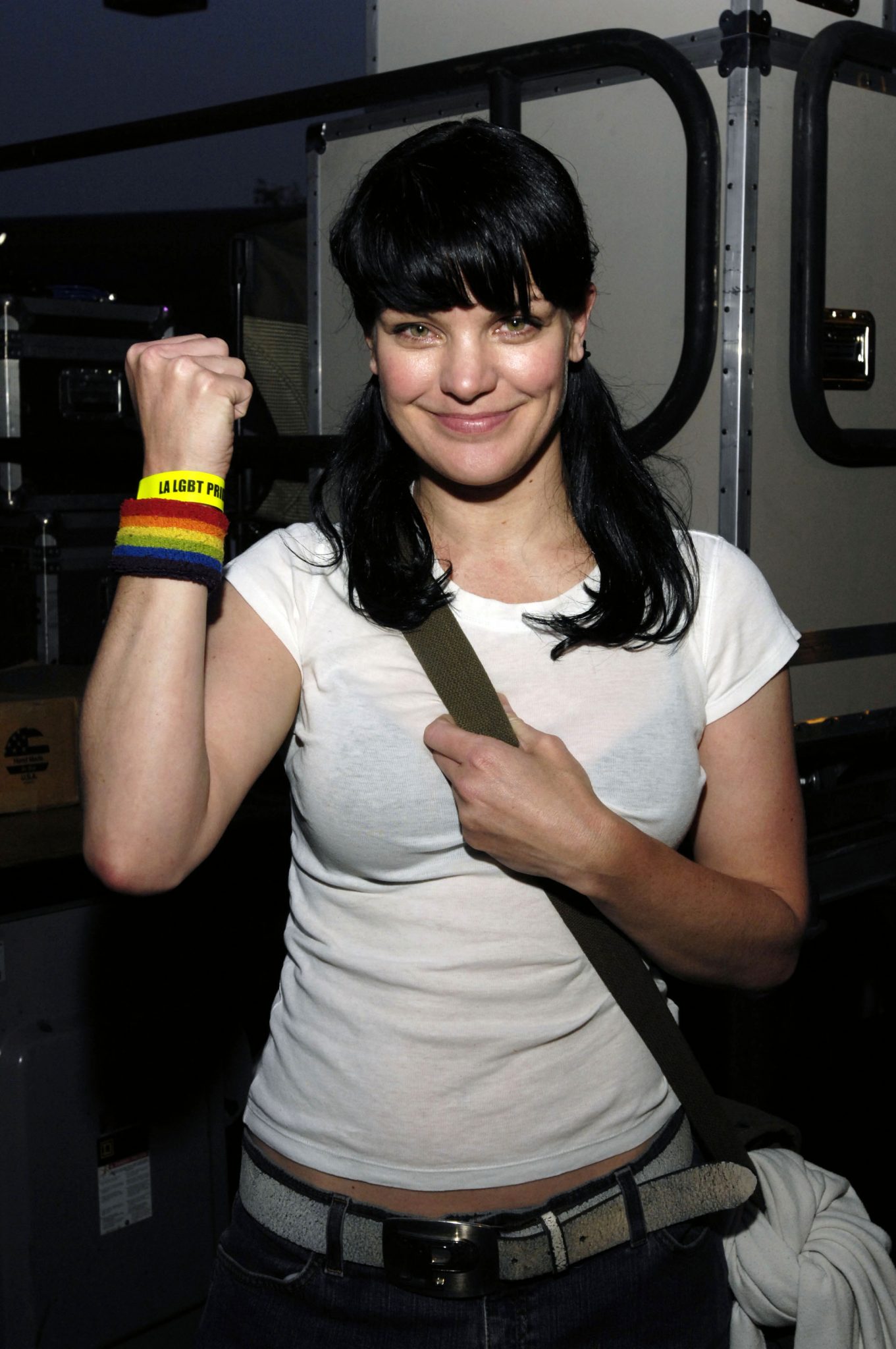 Thanks to her powerful performances on NCIS, Perrette has been nominated for several awards in the last few years. She was nominated in the category of Favorite TV Dramatic Actress for NCIS for the People’s Choice Awards in 2014, 2016, and 2017.

In 2016, Perrette was nominated for the Best Female Vocal Performance Award for Scooby-Doo! and Kiss: Rock and Roll Mystery at the BTVA Special/DVD Voice Acting Awards.

As for her digs? Pauley Perrette’s house is in the Franklin Village section of Hollywood, California. She usually travels in her own car, a Halley Roadster worth $70,000.

She has also appeared in a TV commercial where she is endorsing a Volkswagen Golf GL car and talking about its attributes.

Perrette has worked with America’s Most Wanted several times to help them solve their cases. She even donated $10,000 to the town of Prattville, Alabama, to find the killer of a resident in February 2004.

In 2007, she donated another $10,000 to Detroit law enforcement officials to help them find the whereabouts of a missing seven-year-old Detroit girl.

The kind-hearted actress has supported several charities over the years like the Alzheimer’s Association, American Humane, Family Equality Council, The Thirst Project, and The Humane Society. 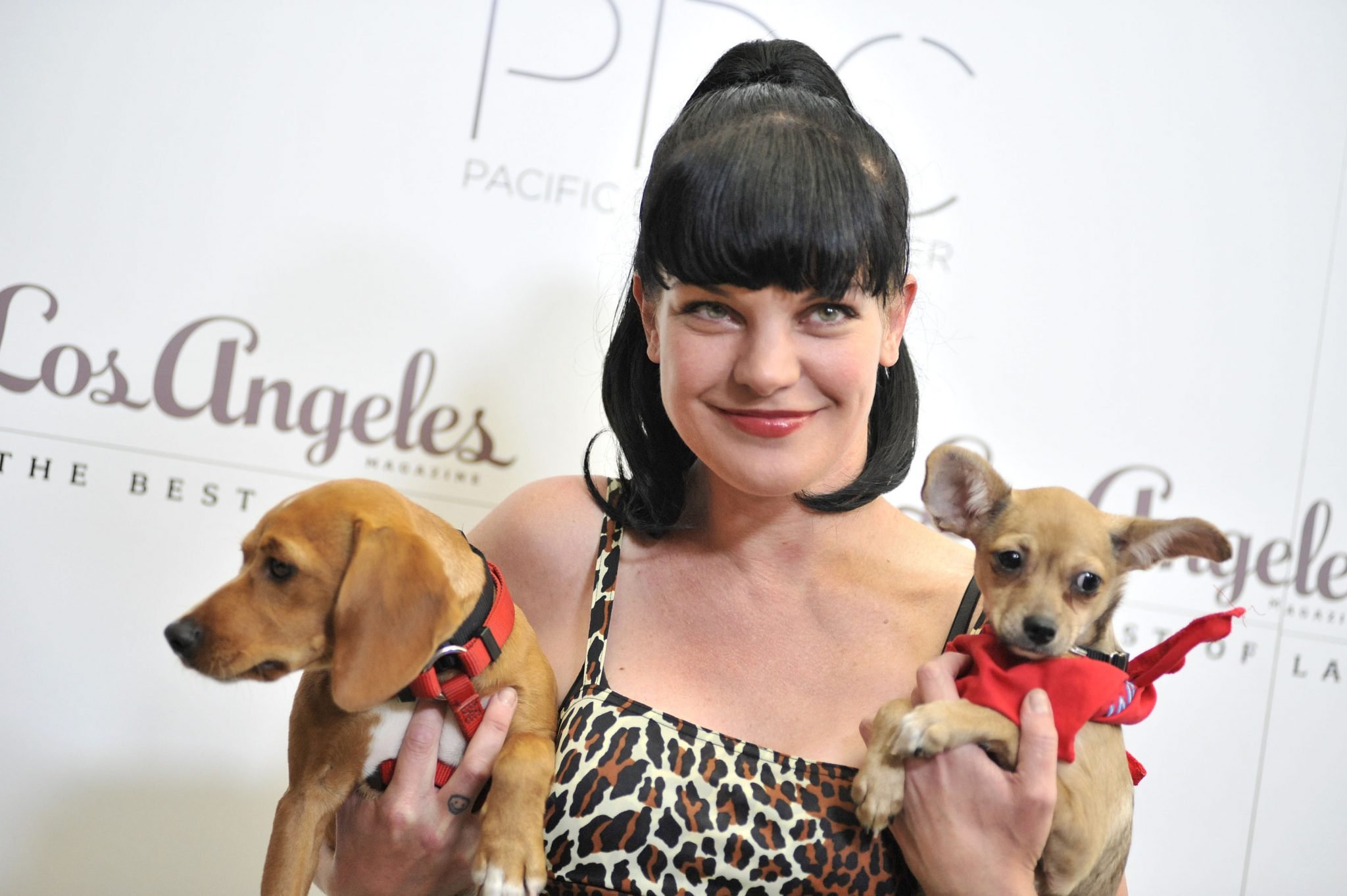 Right now, Perrette is in the thick of explaining her exit from the TV series, NCIS, the show that made her so popular. She is also indulging in her love for dogs while spending her free time at her Hollywood home with her own. (She has at least two of them!)

She is working with her favorite charity, The Amanda Foundation, a non-profit animal rescue organization in Beverly Hills.

Perrette said, “My dogs are my happiness. They’re my reason for living. They’re so totally my kids! My whole life is about them.”

Pauley Perrette’s Estimated Net Worth Compared to Other NCIS Stars