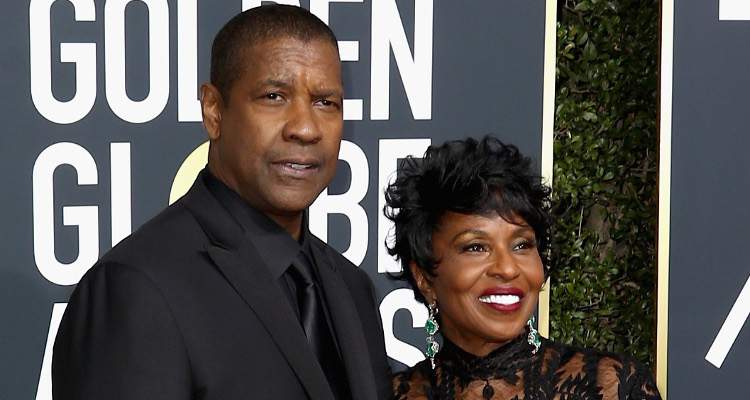 Golden Globes 2018 nominee, Denzel Washington stepped out on the red carpet with none other than his leading lady in real life, Pauletta Washington. She has stood by his side for more than 30 years, and now fans want to know more about her. Read all about Denzel Washington’s wife, right here.

Pauletta Washington walked the 75th Golden Globes on Sunday wearing all-black in support of all women who took the courage to stand up against sexual harassment. She was accompanied by her husband Denzel Washington, who was nominated for Best Actor in a Drama Series for Roman J. Israel, Esq. Though Denzel did not receive a Golden Globe this year, he definitely made a bold statement at the awards. But what do we know about his wife? Read all about her, right here in our Pauletta Washington wiki.

One Step At a Time

Born on September 28, 1950, Pauletta Washington’s age is 67. She is also an actor, but the world has seen her in limited roles. Pauletta married Denzel when she was 33 years old and had only done a few small-scale roles prior to that.

After she got married to the Academy Award winner, she was seen in movies like Beloved, Antwone Fisher, and more recently, Steps.

In 1995, Pauletta Washington renewed her vows with Denzel Washington in South Africa. They have certainly showcased their love for each other on numerous occasions in their 30 years together.

In 2013, there were rumors of Denzel Washington cheating on his wife with a mystery woman, when pictures of the American Gangster star kissing a woman spread like wildfire.

People thought it was the end of a beautiful marriage, but when the stars were approached, they flatly denied the rumors of a split. Pauletta at the time had said,

“I live with this man. I see the down part. I see the sad part. I see every part. He has and knows he has that stability in me as his wife. That gives him strength, regardless of if he misuses it. I can’t dwell on that. But I do know that gives him a great platform to go and fly.”

The couple chose to put the worse behind them and continue on the path of love together, and they show it even today. The two looked happier than ever last night at the 2018 Golden Globes!

Always a class act this couple! The man #DenzelWashington and his lovely wife Pauletta! ❤️ #GoldenGlobes

Denzel and Pauletta Washington’s kids, John David (1984), Katia (1986), and twins Olivia and Malcolm (1991), have also been in the limelight for achieving successes of their own.

John David is an actor (like his father) as well as a former American Football running back. He played professionally for the California Franchise of United Football League. You may know John David from the comedy series Ballers on HBO.

Katia is a Yale University graduate and she received her Bachelor of Arts degree in 2010 from the esteemed college.

The twins, Olivia and Malcolm have also graduated and you can recognize Olivia from her role in The Butler by Lee Daniel.

Washington met her husband on the set of the movie Wilma in 1977, where she played the role of Mae Faggs. Though we’re unsure if it was love at first sight, the couple has proved that love and marriage are very important for a person’s success, especially in Hollywood. On the battle ground that has seen the loss of many celebrity unions, it seems these two have weathered any storm that has come their way.

Always take care of your families …

Denzel Washington, who was the 2016 Cecil B. Demille award winner, came onto the red carpet this year with Pauletta Washington by his side. She was all ears and all support for what he had to say about the current situation in Hollywood.

“It’s important to follow through, it’s important to see what’s happening a year from tonight,” the star said when asked about how he feels about everyone wearing black to the 75th Golden Globes in solidarity against sexual harassment.

He added, “A year from tonight, the ritual will surely be back. The red carpet, the poses, the flashing lights, the soundbites. The dresses will be colorful again, and the audience will remember when nearly every celebrity wore black – maybe as a showy stunt, or maybe as the thing that made just a bit of a difference.”

While nearly all the stars were asked this same question in one sense or another, many were on the fence about Denzel Washington’s answer. Regardless of his response to the stars wearing black, Pauletta stood by his side throughout and showed the world her love and unwavering support for her husband.