Paul Reiser isn’t a household name for nothing. The talented actor, writer, and musician has been on a spree, starring in some of the best shows on online streaming platforms, including Stranger Things and The Kominsky Method on Netflix. With his latest Netflix-starrer, Horse Girl, premiering on February 7, the attention is now on him and his family. You might recognize Paula Ravets as Reiser’s date to red carpet events. Paul Reiser’s wife may not be a Hollywood personality, but she’s equally accomplished as her famous husband. Our Paula Ravets wiki turns the spotlight onto the funny man’s inspiring wife.

Paula Ravets Is from Pennsylvania

Paula Claire Ravets was born on June 1, 1963 and is a native of Pittsburgh, Pennsylvania. She currently calls Beverly Hills, California home, but still has family in Pittsburgh.

NYC born and bred Paul Reiser has always made his love known for Pittsburgh and the Steelers in his stand-up. After all, it’s not only his wife’s hometown, but also where he met her. 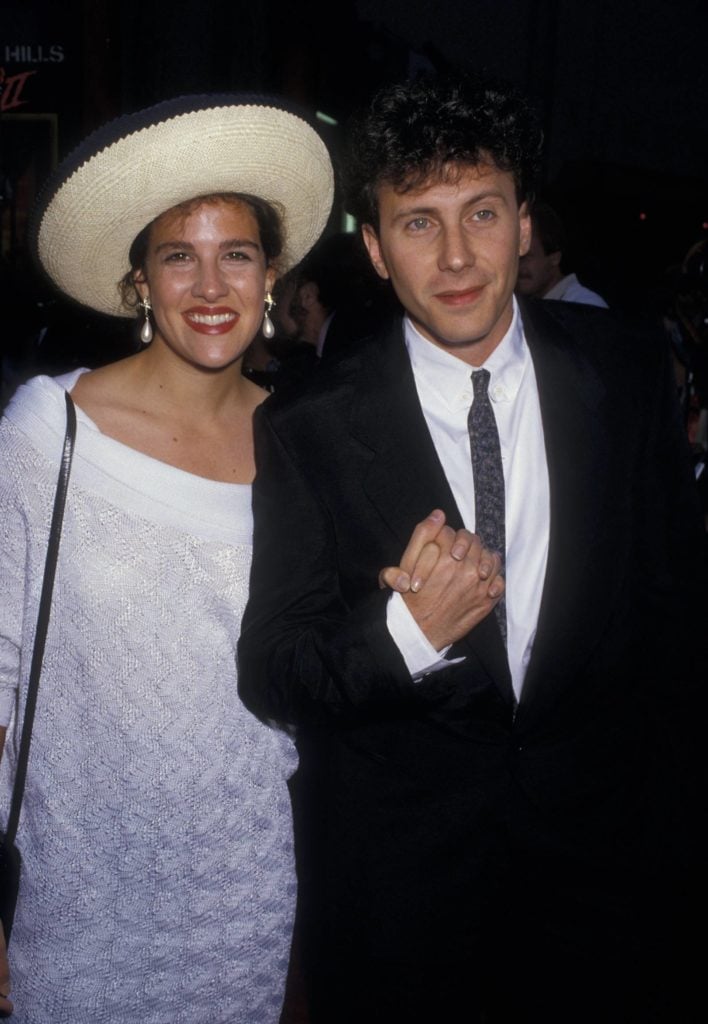 Two brothers who operated a Pittsburgh comedy club tried to set up a then-budding comedian named Paul Reiser with a nice girl. They wanted to introduce a 26-year-old Reiser to one of the waitresses working at their comedy club, in a Jewish-style matchmaking system.

The waitress, as you can guess, was Paula Ravets from South Hills. She was working at the club to pay for college tuition.

She was scheduled for a shift during Reiser’s second night performing at the club. They met, hit it off, and have been together since.

“She was beautiful,” Reiser said. “It’s worked out well.” About as well it can work in a long-distance relationship that went on for two years until Ravets moved to Los Angeles.

Ravets and Reiser Have Two Children

Reiser tied the knot with his longtime girlfriend on August 21, 1988, in Coraopolis, Pennsylvania. It was a small, intimate ceremony with only immediate family.

They welcomed their first child together, a son they named Ezra Samuel, in 1995. Their younger son, Leon, was born in 2000.

Reiser had famously taken a break from stand-up and touring for 20 years. During the hiatus, he focused more on his acting projects and spending time with his wife and sons.

Ravets, a strong advocate for woman’s rights, takes pride in her sons who are also vocal supporters for gender equality.

The family of four presents a strong unit, with Paula and Paul being together for almost 36 years and married for three decades. And the “absolute secret” to their successful marriage, as Reiser puts it, is “I’m a delight, and I think that really helps.”

The comedian’s wife has a laundry list of awe-worthy academic accomplishments, but her advocacy work is no less significant. A practicing clinical psychologist, she has a private practice in Beverly Hills among other ventures.

When Ravets was waitressing at the comedy club she met her husband at, she was working on her BA in psychology at what is now Chatham University in Pittsburgh. Back then, it was an all-women’s college. She had spent six months at Tel Aviv University in Israel, where Reiser had visited her.

After completing her undergraduate studies, she pursued further studies in California at the University of California, San Diego. She went on to earn a PhD in clinical psychology from the University of Southern California in 1993 and published a case study. She also did a CMF program at the UCLA Mindful Awareness Research Center.

In her private practice, she works with teens and young adults struggling with mood disorders and life transitions. She is also the Community Liaison for the Mindful Awareness Research Center at UCLA, and initiated a meditation and wellness program at Cedars-Sinai Hospital.

Additionally, she’s been a contributor to publications on topics related to psychology, wellness, and women. A lifelong advocate for women’s rights, she also works with the organization Equality Now, which fights to protect the human rights of women and girls.