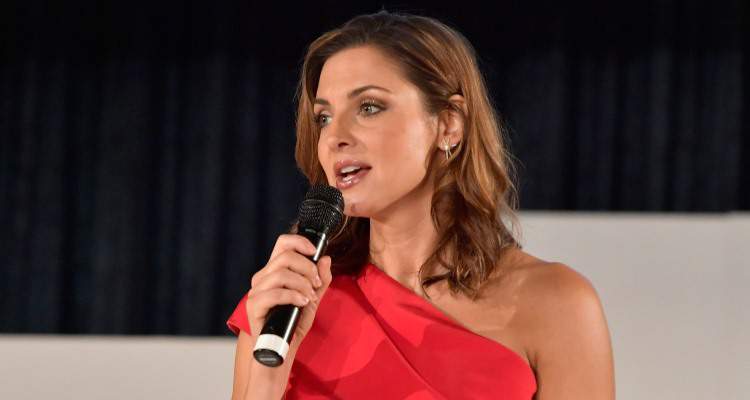 What happened to Paula Faris? Did you hear about Paula Faris’ concussion? There are a few questions surrounding the whereabouts of the Good Morning America co-anchor, including questions like “Why is Paula Faris wearing sunglasses?” And while we can’t answer that, we can update you on Paula Faris’ injury. Read on to know more!

Who is Paula Faris?

The Emmy-winning journalist was a sports anchor at a news station in Chicago before she joined ABC News. While she was at ABC, she was first on the ground to report the most recent updates on trauma effects of both amateur and professional athletes. She joined The View in season 19 and later became a co-anchor on Good Morning America.

On her Instagram account, she wrote, “S E V E N T E E N years together. Happy 17th Wedding Anniversary, @jkrue12!! We were babies back on September 23, 2000. Not quite sure what we were getting ourselves into. Nor, what the future held. What a journey it’s been. Peaks. Valleys. Highs. Lows. Small towns. Big cities. Babies. Sleepless nights. Wouldn’t change any of it. But, I wouldn’t mind a few more hours of sleep. Love you forever. xoxo [sic]”

A magical day at the magical kingdom #disneyworld #KruegerFamily

Did Whoopi Goldberg Get Faris Fired?

Fans of the long-running talk show don’t see much of Faris since her time on The View was scaled back and many, including U.K. publication Daily Mail, thought that the show’s moderator, Goldberg had something to do with it.

“Contrary to what u might read in the I do not run ABC,” Goldberg tweeted. “Nor do I own or produce, not involved in hiring 4 the View so don’t send ur resumes.” He added, “I’m not responsible 4 firing or moving people around or negotiating my coworkers contracts. I LIKE having a gig and as much as I’d like to. [sic]”

Goldberg added, “Also daily mail knowing that people talk A lot do you honestly think I would talk or act in such a way that would give u ANY ability to know,” adding, “Anything I think?? No daily mail I wouldn’t, so if your going to continue to accuse me of doing this kind of thing could you make something … Someone my age would do. For goodness sake the only botch fest is the one in talks minds. no fight here just clearing up an untruth. [sic]”

Faris is very open about her faith and in an interview with CBN, she talked about how she deals with secular news and how it interacts with her belief system.

“I feel some of the choices that are made in terms of editorially — I’m not going to do anything that compromises me or my beliefs and I’ll stand up for that,” Faris said. “It’s also a challenge because people expect because I’m a Christian I’m going to do all these faith-based stories, but at the same time, I feel I’m there to influence and to pitch stories.”

Many have been concerned about Paula Faris’ health and have wondered where she’s been for the last few weeks. According to her Instagram and Twitter, the GMA host suffered a concussion and was gone for a few weeks to recover. How did Paula Faris get a concussion? She didn’t comment on how she got hurt but thanked fans for their concerns, adding that she would hopefully be back soon.

It's @andersoncooper @theviewabc! Little known fact: we both cut our teeth @ABC doing the overnight news via @abcWNN (different years). Thanks for stopping by today!