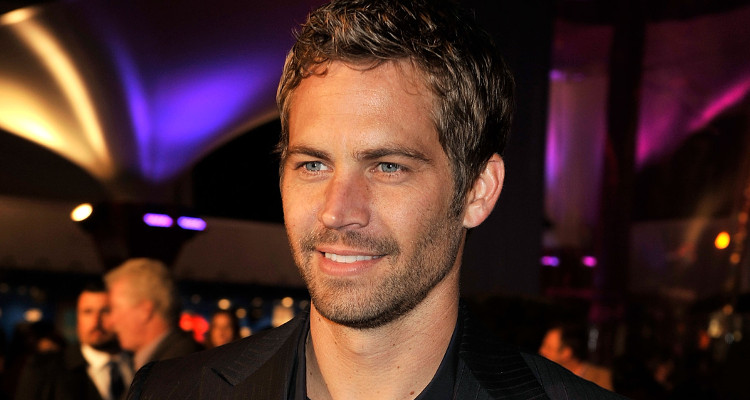 Paul Walker’s death on November 30, 2013, didn’t just hit fans; the entire film fraternity was left bleeding with heartache. The tragic incident took everyone by surprise and went on to prove how unpredictable life truly is. It’s been nearly four years, but the actor still remains in the hearts of his audience. Let’s rewind for a moment and take a look at his journey. Here’s everything to know about his life, net worth, career, and family.

Paul Walker’s net worth was estimated at $25.0 million. Born on September 12, 1973, Paul Walker’s career started in 1986 with a film called Monsters In Your Closet. The most famous and successful of all Paul Walker’s movies have been those in the Fast and Furious franchise. In 2001, he bagged his breakthrough role in the first of these hit films as agent Brian O’Connor and returned to the many sequels the franchise put out, until his untimely death during production of the seventh installment. Apart from films, Walker had also appeared in a few TV roles; Charles in Charge, Who’s The Boss, and The Young and the Restless just to name a few. But for Paul Walker, TV shows just weren’t for him, and it was clear he belonged on the big screen.

However, his career was cut short, and on November 30, 2013, Paul Walker was killed in a car crash. While leaving a charity event, the Porsche he was riding as a passenger in lost control and hit a tree. It exploded on impact. This tragic incident took place in Valencia, California. During the accident, Walker was in the passenger seat while his financial advisor and friend Roger Rodas was behind the wheel. After an investigation, the police stated that speed was a factor in the accident. Walker was merely 40 when he died, leaving behind one daughter.

Since the shocking accident and the loss of a Hollywood great, many have asked about Paul Walker’s wife and daughter. While yes, he does have a daughter named Meadow Rain Walker, Paul Walker wasn’t married. Rebecca Soteros is Meadow’s mother, a one-time girlfriend of Walker. They dated in the late 90’s and in 1998 their daughter was born. At the time of his death, Paul was dating a woman named Jasmine Pilchard-Gosnell.

Where does Paul Walker’s family live now? We found out that although still based out of California, his daughter Meadow has recently been signed as a model with Women’s Management, New York. Well, we hadn’t expected any less from our eye candy’s daughter!

As expected, the Fast and Furious actor had a soft spot for cars. He was extremely passionate about his cars and had an impressive personal collection of them. It is interesting to note that his grandfather was a race car driver, so it seems the love for speed and wheels were definitely in his genes! Paul Walker’s car collection kept changing frequently, as new cars were bought and old ones were sold at high prices. Not many people know this but Walker also had a dealer’s license and owned a business that manufactured high-end performance parts. Maintained as a showroom, his garage was beautifully designed. This was partly done because a buyer could visit at any time and also because Walker considered his cars to be functional pieces of art. His collection included Lamborghinis, Ferraris, Porsches, Corvettes, and vintage cars. However, a few of his personal favorites were BMW ’74 2002 Touring, Ford Escort Cosworth, Toyota Supra, and R34 Nissan Skyline. Well, it seems Walker always had an endless love affair with his cars, that’s for sure!

It’s been almost four years since his death, so what is it that makes Paul Walker so unforgettable? It was his passion. The undying energy that he put into his work is what set him apart. One of his famous quotes when read after his death said, “If one day the speed kills me, don’t cry, because I was smiling.” There wasn’t a dry eye in the house and even today, many still choke up when they think about the loss of this great man.