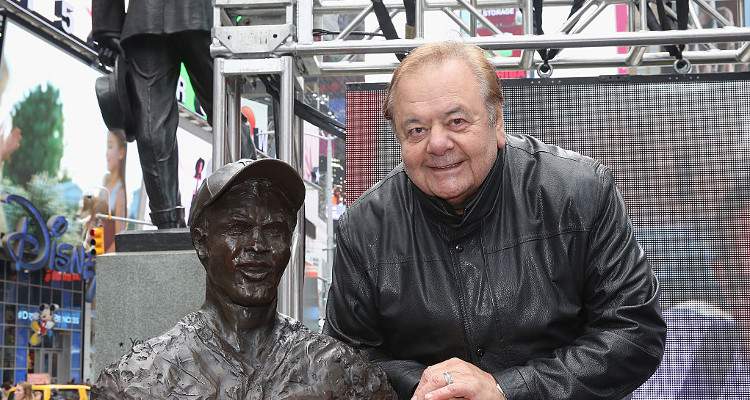 Paul Sorvino is a man of many talents. He is an actor, singer, sculptor, and writer who appeared in a long list of films and plays. Even though Paul Sorvino’s net worth in 2018 is estimated at a modest $10.0 million, he left a strong impression on viewers with his portrayal of strong characters on both sides of the law. A concerned father and a conscientious citizen, Sorvino takes time out to give back to society through his charitable endeavors.

Anybody who has seen their fair share of American gangster movies would surely know who Paul Sorvino is. He is an actor, opera singer, businessman, sculptor, and writer who often acts as authority figures on both sides of the law.

Some of Paul Sorvino’s movies have left a deep imprint on viewers’ minds. These include his role as Paulie Cicero in Martin Scorsese’s classic gangster film, Good Fellas, and as NYPD Sergeant Phil Cerreta on the police procedural and legal drama television series, Law & Order. He acted in films and TV shows ever since making his debut in the 1970 film, Where’s Poppa?.

Sorvino had a long and steady career in showbiz, so people often wonder about his wealth and earnings. Keep reading to know all about Paul Sorvino’s net worth in 2018.

Paul Sorvino’s Net Worth Compared to Other Actors

Paul Sorvino started his career as a copywriter in an advertising agency and learned the ropes from John Margeotes, the founder of Margeotes, Fertitta, and Weiss. He then began acting in theater on Broadway. Even though he handled his income quite well, it was barely enough to sustain him.

Things got better when Sorvino received offers to act in films like The Panic in Needle Park, That Championship Season, It Couldn’t Happen to a Nicer Guy, I Will, I Will… for Now, and Reds.

Although Sorvino was a versatile actor, he shone brilliantly when he was cast as the villain in mob roles like Good Fellas, The Rocketeer, and The Firm.

Also Read: Chip and Joanna Gaines’ Net Worth 2018: Redesigning Houses & Making a Fortune Along the Way!

In 2005, Sorvino joined hands with Lackawanna County to make The Trouble with Cali in Scranton, Pennsylvania. He put in some of his own money, and the county made an investment of $500,000, but the film was never released.

Sorvino has his own company, Paul Sorvino Foods, which markets a variety of pasta sauces from his mother’s recipe. He also became part owner in Jansen-Beckett Cosmeceuticals in 2012.

Even though Paul Sorvino’s age is 78, he still has the heart and courage of a lion. When his daughter, Amanda Sorvino’s ex-boyfriend was harassing her in January 2007, Sorvino turned up with a gun to help her before the police arrived.

Recently, Sorvino threatened to beat up Hollywood producer Harvey Weinstein when his daughter, Mira Sorvino, alleged that he had her blacklisted after she resisted Weinstein’s sexual advances.

I have a piece in @hollywoodreporter (link in bio) it speaks to a way forward, not just dwelling on what was done to us by men like Harvey Weinstein but what we can do to prevent it in the future…