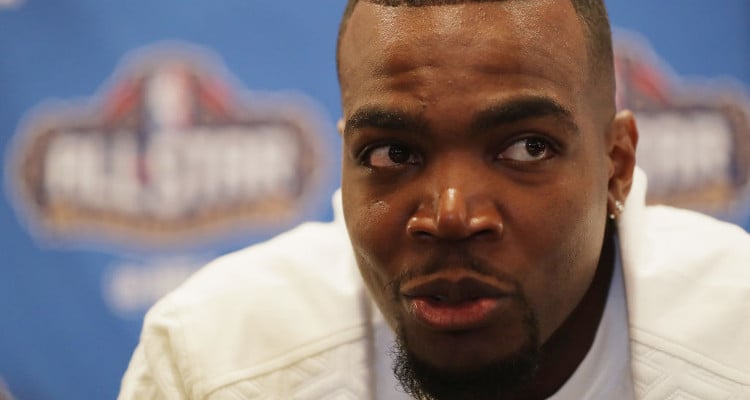 The Denver Nuggets bagged star player, Paul Millsap with a three-year, $90.0 million deal that saw several other teams in the fray. Millsap is an 11-year veteran of NBA, having previously played for the Utah Jazz and Atlanta Hawks. It is expected that Millsap will bring all his skills and experience to the Nuggets and lead the charge in the 2017-2018 season.

There were several teams trying to get him to sign on the dotted line, but in the end, it was the Denver Nuggets who got him. According to sources, the Denver Nuggets snapped up one of the best free agents in franchise history by agreeing to a three-year, $90.0 million deal. The addition of Paul Millsap was a major achievement for the Nuggets in their attempt to keep pace with their rivals in the NBA, especially those in the Western Conference. The high price wasn’t a surprise considering that Millsap has been an outstanding player from his high school days. Paul Millsap’s college career was exceptional, averaging 18.6 points, 12.7 rebounds, and 2.0 blocks in 92 games. People want to know more about this fantastic player, so we have some details from Paul Millsap’s wiki.

Born on February 10, 1985, in Monroe, Louisiana, Paul Millsap’s age is 32. He attended Grambling High School, where he played for the Panthers. In his three-year career with Louisiana Tech University, Millsap became the sole player in NCAA history to lead the country in rebounding for three consecutive years. Post college, Millsap was selected by the Utah Jazz in the 2006 NBA draft, and immediately proved his worth by leading all rookies with six double-doubles. He became Utah’s permanent starting power forward in 2010-2011 and spent the first seven years of his career with them. Then, on July 10, 2013, Millsap signed a two-year deal with the Atlanta Hawks. After playing exceptionally well with the team, they resigned him with a three-year, $59.0 million deal. Paul Millsap’s stats read 14.2 points, 7.5 rebounds, and 1.0 blocks in 837 games.

Big thank you to @monsterproducts for the gifts.

The Denver Nuggets were trying to land a marquee player this year, and they pulled out all the stops to get Millsap, and eventually succeeded. The Nuggets had been trying to get Millsap for a while now, and it looks like their pitch about the rise of Denver as a city and what it meant to gain victory there worked. This may be because he lived in Denver for many years growing up. Broncos linebacker Brandon Marshall made the pitch that finally convinced Millsap to sign the deal, as he later tweeted, “I can sell water to a well.”

Paul Millsap’s net worth is currently estimated to be $53.0 million and sure to rise with his new contract with the Denver Nuggets.

The most important person in Millsap’s life is his girlfriend, La Toria Scott. They are high school sweethearts, who went to prom together and fell in love. The couple has three daughters named Xylah, Pnauyona, and Paular. Millsap simply adores his girls and tries to spend as much time as he can with them. Though he is deadly serious on the court, he is a fun-loving person off of it. This is clear from Paul Millsap’s Instagram account which is full of pictures of him on the court, with his friends, family, and daughters. There are also pictures of food and inspirational quotes.

Now, with Millsap signed to the Denver Nuggets, the team’s management can take it a bit easy. The pressure will be on Paul Millsap to prove that he is as invaluable to his team as his signing amount suggests. However, knowing his past accomplishments, there is no doubt that he will rise to the occasion!