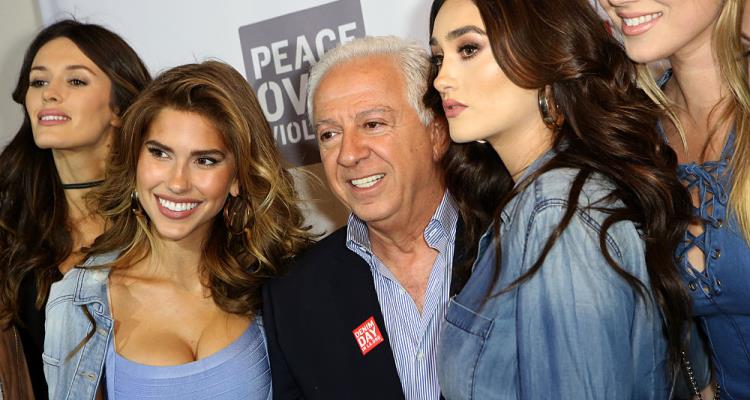 Paul Marciano, age 65, was born in Debdou, Morocco, in 1952 and is one of four brothers: Georges, Maurice, and Armand. Contrary to their lavish lives now, the sons of an Orthodox rabbi, grew up poor in Marseille, France. Paul and his brothers started the luxury jeans brand in 1981. It was originally started by Georges and Maurice, with Paul and Armand joining later. Much of the work was done by the brothers and according to Forbes, “Georges designed the clothes, burnishing Guess’ signature style: stonewashed denim, lighter in color, softer and more form-fitting than competitors.’ Maurice handled product development. Armand ran distribution. Paul created the advertising, all of it in-house.”

The company was briefly sold to the Nakash brothers in 1983 but reclaimed it, after a lengthy settlement. Both Maurice and Paul stepped down from their co-CEO positions in 2007 and Paul now works as creative director of the brand.

In 2016, Paul married Mareva Georges, at the St. Regis Hotel in Bora Bora; they have two children together.

How Rich Is Paul Marciano?

Aside from Paul Marciano’s book sales from 1991’s A Decade of Guess? Images, Paul Marciano’s salary is $570,000, according to Bloomberg. The once $2.4 billion company is now closer to $1.2 billion, leaving Paul’s personal net worth unspecified. It was also reported that he made over $4.0 million in 2017. Despite the drop in sales, the Marciano family still manages to be one of the wealthiest families in the United States.

Guess has been known for hiring young women, mainly blondes, to model their clothes using sex appeal. One of those women was 25-year-old actress Kate Upton, who recently took to Twitter and accused Paul of sexual misconduct.

“It’s disappointing that such an iconic women’s brand @GUESS is still empowering Paul Marciano as their creative director #metoo[sic],” the actress and former Guess model tweeted.

Upton didn’t go into details about her accusation and didn’t specify if she was a victim or knew of a victim, during her time with the fashion brand.

The tweet was released around the time Guess was launching another campaign party, which featured Jennifer Lopez. The scandal has put the 48-year-old singer-actress in an awkward position, since she was still expected to make an appearance. Since Upton tweet, other have taken to Twitter to rant about their awful experiences dealing with Paul Marciano, some even citing specific instances. Though there is debate about this one, many are always in support of Upton, whether she was the one victimized or not.

As for J.Lo and Guess’ latest campaign launch; the Shades of Blue star avoided questions but said how honored she was to be part of the Spring 2018 campaign, back in November.

“When I got the call from Paul Marciano asking me to become the new GUESS Girl, I was thrilled and excited to be a part of such an iconic brand that I have loved since I was a teenager,’ Lopez said in a statement at the time. “It is a tremendous compliment to have been selected for Guess’ Spring 2018 campaign.”

Neither Guess, nor anyone from the Marciano family, have commented on Upton’s allegations at this time.