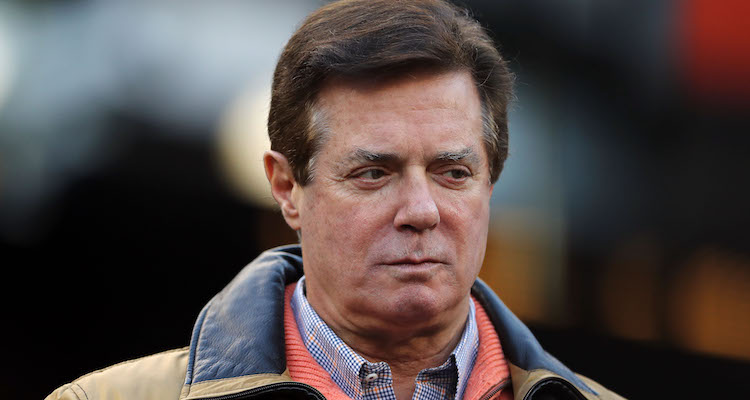 Paul Mannafort is many things: A lawyer, political lobbyist, political consultant, and currently, he is indicted by a federal grand jury. The former Trump campaign manager has been indicted along with business partner Rick Gates on 12 different charges, including conspiracy against the United States. A lot of the charges have to do with money, and money laundering. Which makes you wonder: How rich is Paul Manafort? What was Paul Manafort’s salary? We’re going to take a look at his public financials and try to get to the bottom of Paul Manafort’s net worth in 2017.

Who Is Paul Manafort?

Up until the last presidential election, you may not have been aware that Paul Manafort existed. The truth is, he has been lurking in the shadows of politics in many different countries for a long time. While he started off as just a lawyer, Manafort began his political career as a delegate hunt-coordinator for President Gerald Ford. He went on to be the southern coordinator for Ronald Reagan’s first campaign. His work was rewarded as he was appointed Associate Director of the Presidential Personnel Office in 1980. The following year, he was appointed to the Board of Directors of the Overseas Private Investment Corporation, which is basically the board that helps companies get a foothold in emerging markets. He would later advise both the campaigns of George H.W. Bush and Bob Dole. We know that Paul Manafort’s wife is named Kathleen, and the couple have two children, Jessica and Andrea.

What a lot of people don’t know is that Manafort also worked as a consultant and lobbyist for a number of foreign politicians who had image problems within Washington, usually due to war and human rights violations. In 1980, Manafort was a founding partner in the law firm of Black, Manafort, Stone, and Kelly, or BMSK. In 1985, the firm was hired by Angolan rebel, Jonas Savimbi for $600,000 to improve his image in Washington, and help secure financial support for his rebel group, UNITA. Manafort was successful in this and helped keep government money flowing to UNITA for a number of years. Savimbi, in the meantime, could not abide by the results of an election and kept the civil war going for years. UNITA forced conscription and more than likely used torture, rape, and murder as tools.

BSMK were also hired by Philippine president, Ferdinand Marcos to improve his image within Washington. Some historians, like Alfred McCoy, estimate that between 1975 to 1985, the government was behind 3,257 recorded extrajudicial killings, 35,000 tortured, and 70,000 incarcerated. BSMK took this job for $950,000 a year, and tried to spruce up the image of the military leader and president of the Democratic Republic of the Congo, Mobutu Sese Seko. He secured his place of power by having his rivals publicly executed. BSMK reportedly took the job for $1.0 million a year in 1989.

But What about His Financials?

It can be argued that while Manafort worked for some unsavory characters, it was still above board and he was making good money while doing it. The problem begins with the Ukrainian presidential campaign of Viktor Yanukovych, who had connections to Russian leader Vladimir Putin that the United States government did not like. Manafort was brought on as a political adviser in a particularly bad election period to help make Yanukovych more relatable to the public, and get him elected. A number of politicians, including U.S. Ambassador William Taylor, complained that Manafort was undermining U.S. interests in the Ukraine. The elections were shady at best, and that combined with a few other things, led to President Obama freezing all of Yanukovych’s assets in the United States.

The Ukrainian government National Anti-Corruption Bureau began to study secret documents, and claimed in August 2016 to have found handwritten records that show $12.7 million in cash payments designated for Manafort. It should be noted that it has yet to be clear if he ever received or accepted that money. Certified records filed in Cyprus show that Manafort had $17.0 million in debt with concerns all tied to Putin and Yanukovych. These were filed in December 2015, just months before Manafort began working for Trump.

As of February 2017, Manafort also had outstanding loans in the United States to the tune of $12.0 million in home equity loans, most of which had been provided by a bank owned by another Trump supporter, Steve Calk who is now a member of Trump’s economic council. And in case you were wondering if all of the loads concentrate on Paul Manafort’s house, it’s not just that, but a number of properties including a condo in Trump Tower.

But because of various banking and bankruptcy laws, the true financials can be a little hard to figure out. Here are the latest reported figures.