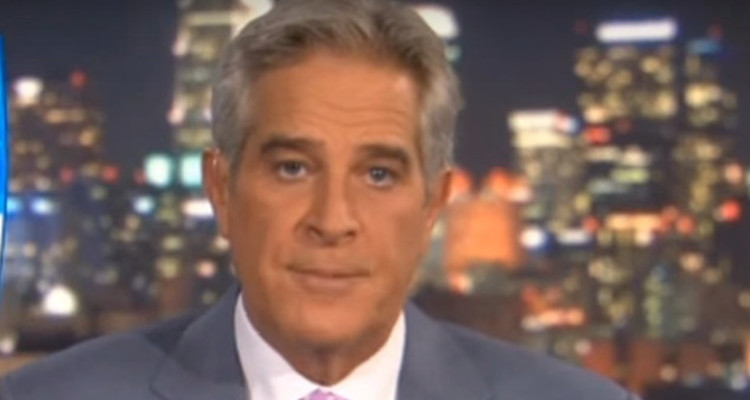 Very few news anchors and journalists have as large a fan following as Paul Magers, but it has been announced that the veteran reporter is retiring soon! Paul Magers was an evening staple on KCBS, and after more than a decade with the popular news station, he is ready to enter retirement.

Paul Magers has been a staple of KCBS in Los Angeles for the past 13 years. The veteran news anchor announced his retirement during his Wednesday evening newscast. Regarded as one of the top anchors in the country, he has been a journalist for the better part of four decades. His deep, resonant voice, unusual humor, and quirky dance have made him a popular news anchor, and one that many tuned in daily to watch. Find out more about him in Paul Magers’ wiki.

He Has Been a Journalist for Decades

Magers was born in Santa Maria, California but spent most of his childhood in Washington. He received his Bachelor’s Degree from the University of Washington in 1977, and earned his Juris Doctorate from the Hamline University School of Law in 1979.

He has been in the news casting business for over three decades. His career started in the Twin Cities with KSTP-TV in St. Paul, before moving to KATU-TV in Portland as an on-air reporter. Magers worked for two years at KGTV-TV in San Diego as a reporter and anchor, before returning to Minneapolis. He then moved to KARE-TV in 1983 for a 20-year run in the Twin Cities.

Also Read: Diane Sawyer: 10 Facts to Know about the Journalist

He moved back to California in 2003 and took over KCBS as the evening news anchor (with other late night time slots) until his retirement on Wednesday (March 29). He won numerous industry awards and honors, including several Emmy Awards and a Golden Mike.

In addition to news casting, Magers has hosted television specials such as CBS’ Muhammad Ali Special, following the boxer’s death. He’s also moderated political debates, including the 2002 Minnesota Senate Debate. He’s even hosted telethons, including the 1997 telethon for flood relief in Minnesota.

He Lives in a Luxurious House

The 62-year-old is married to Kathryn Magers and has two daughters named Emily and Anna. Not much is known about the ladies in Paul Mager’s life, as they keep a low profile. Being a celebrated anchor, Magers makes a pretty penny. He signed a 10-year contract with KCBS, estimated to be worth $11 million. His salary reportedly doubled from what he earned at KARE. Reportedly, it was enough to put his net worth between $5 and $10 million. Needless to say, he will enjoy his retirement!

When he moved to KCBS-TV in California, the Magers family bought a new home. And boy do they know how to pick her houses! Paul and Kathryn bought a luxurious Mediterranean-style villa in Beverly Hills. It has seven bedrooms and bathrooms, a living room with a beamed ceiling, a media room, a library-study, a wine cellar, and a large courtyard with a fountain. The lavish abode of the Magers’ is spread across 6700 sq ft and is worth $6.5 million.

His Brother was Also a Newscaster

If you had to rack your brain to think of another Magers, we’ll end your suffering. Paul’s older brother is Ron Magers, a popular newscaster from the ABC-owned station in Chicago. When their family moved to Washington, Ron became active in the broadcasting field. The 72-year-old hosted radio shows as a part-time job, before starting his professional TV career in 1965.

Ron has won Emmys, an Associated Press Award, an Illinois Broadcasters Association award, the Ohio State Award, an Ethics Award from the Society of Professional Journalists, a Peter Lisagor Award, and a National Press Club citation.

Why is Paul Magers Retiring?

A pre-recorded segment played in Magers’ usual evening time-slot with co-anchor Pat Harvey on Wednesday. In the recording, Magers announced his retirement effective immediately, starting off humorously before getting serious. Until his retirement announcement, Magers had been a no-show on his regular broadcasts for weeks. There was speculation about his absence, but he put it to rest in his statement.

Also Read: Jorge Ramos Wiki: Wife, Daughter, Age, Net Worth, and Everything You Need to Know

Magers revealed that he has been battling alcoholism for a while and is leaving to get treatment. He also urged viewers with similar issues to seek help. “All kidding aside, I want to say how thankful I am to have been blessed many times over by working for and with such incredibly talented, gracious and generous people. I am especially grateful to CBS for these past 13 years,” he said in the segment. “My wife Kathy, our daughters Emily and Anna and I will continue to enjoy living in Southern California. We look forward to staying in touch with the amazing friends we have made during our time in this very special place,” he added.

Paul Magers has a quirky sense of humor for a journalist. His colleagues laud him as someone who could always deliver a well-timed joke. From cracking witty jokes to sleeping on-air just before his cue, the man knows how to make people smile! Even in his retirement statement, he quipped, “I definitely won’t miss putting on a suit, tie and makeup, except on Halloween. And I am excited to now have the time to pursue my longtime passion, amateur puppeteering.”

didn't know these came with an expiration date- thought they had a shelf life of a spent nuclear fuel rod pic.twitter.com/aDRnh3xEoA

But none can be more memorable than Paul Magers doing the weirdest dance ever! During a broadcast, he announced a break. But while most anchors would keep a stoic face until the screen cut to commercials, Magers busted a move! Don’t ask what he did. It’s indescribable, check out the WTF moment for yourself below.

Jimmy Kimmel also gave his take on Magers’ dance saying, “This might be the best sign off to a newscast I’ve ever seen.” Jimmy Kimmel also chimed in on the dance on his show, Jimmy Kimmel Live! and in good humor stated, “What the hell was that? Did a swarm of bees fly up his pants? I’ve watched that nine times and I can’t come up with any reasonable explanation why that happened. Other than I think Paul Magers might be crazy.”

When asked what that dance was, Paul had only one response: “Some things are better left a mystery!” This is why we love you, Paul! You will be missed on air!