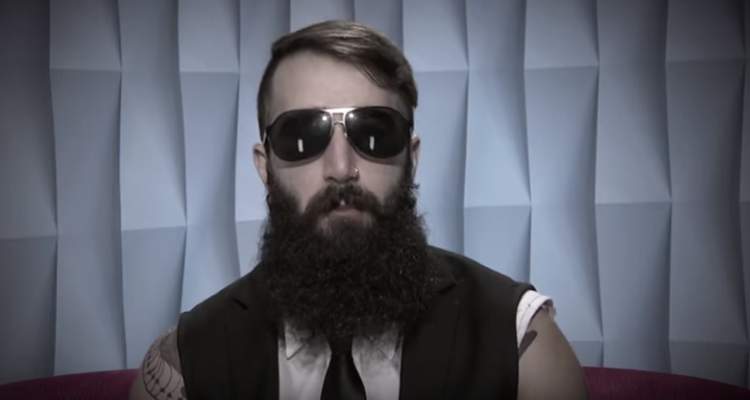 You know it’s officially summer now that Big Brother 2017 is finally here! The hit CBS show is back and it’s looking for the next winner of the $500,000 prize money. It’s anyone’s guess who will win it big this season, but a fan-favorite has returned: Paul Abrahamian! For all the details, get a look at our Paul Abrahamian wiki.

Paul is 23 years old and is from Tarzana, California, where he works as a clothing designer. He’s known for his lengthy beard and his many tattoos that cover almost every inch of his body. He describes himself as honest, energetic, and spontaneous, according to his CBS Big Brother profile. Paul Abrahamian’s net worth is unknown at the moment, but that might change if he wins all that prize money.

A blast from the past is back and he joined the BB 19 cast in a surprise twist that left fans hopeful and speechless. It’s not unusual for veterans of the hits CBS show to return, so viewers were happy to see that fan-favorite Paul Abrahamian returned to the Big Brother house. So, why bring back Paul? Show producers Rich Meehan and Allison Grodner weighed in on Paul’s second chance.

“He was such a memorable character, played a great game and made it to final two and didn’t win,” said Meehan to The Hollywood Reporter. “A lot of people thought he should have won. When we were thinking about the one person we wanted to bring back we thought of him.

“It was the idea that one houseguest would come back into the house as part of a twist,” added Grodner. “Then you think, ‘Well, who?’ And you want to do it from more recent seasons and last year there were a lot of people at the end who said Paul was robbed. He played a good game, yet he did not win. It’s fun to give people like that another shot.”

If you want an inside look as to what Paul’s life is like outside of Big Brother, then head over to his Instagram (“deadskull”) and see for yourself. It’s mostly black and white photos and they mostly feature his loved ones and his interests. And if you’re looking for Paul Abrahamian’s girlfriend on there, then you’re wasting your time, because it appears that the Big Brother 19 cast member is single!

He Has a Game Strategy

Will Paul win this time around? According to his CBS profile, the veteran houseguest has a game plan.

“If there’s one trait that I’m confident about, it’s that I’m sneaky,” said Paul. “I’m very observant, remember things and handle high stress situations well. I’ll probably use people’s weaknesses against them. It’s very hard to get underneath my skin, but very easy for me to get underneath yours, so I think I can mentally crack any member. I’m really good at getting people to do what I want [and] getting them to think they’re on top of a situation when, really, they’re not.”

Big Brother 19 airs on Sundays and Wednesdays at 8:00 p.m. EST and Thursdays at 9:00 p.m. EST on CBS. This season’s cast includes some seriously interesting people, and with the return of fan-favorite, Paul, there’s no doubt this is a season you won’t want to miss!