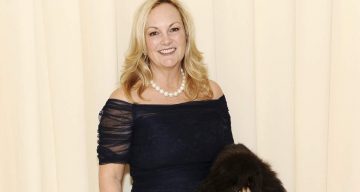 Patty Hearst has made more headlines for her kidnapping than her fortune. The heiress from one of the richest families in America has a net worth estimated at $45.0 million in 2018. However, it’s not Patty Hearst’s family fortune that’s making headlines.

CNN concluded its captivating docuseries, The Radical Story of Patty Hearst, on Sunday (February 25). But it’s unlikely that the story will have another season. The subject herself has taken the makers to task for telling a story that’s hers.

Patty Hearst, an heiress of the Hearst family fortune, comes from old money. She was kidnapped in her teens and brainwashed by a terrorist group.

Hearst fought to regain control of her life after her rescue. And, she won’t stand by and watch others make money off her story.

Patty Hearst’s net worth in 2018 is estimated at $45.0 million thanks to her family fortune.

Here’s a breakdown of the heiress’ wealth.

How Rich Is Patty Hearst?