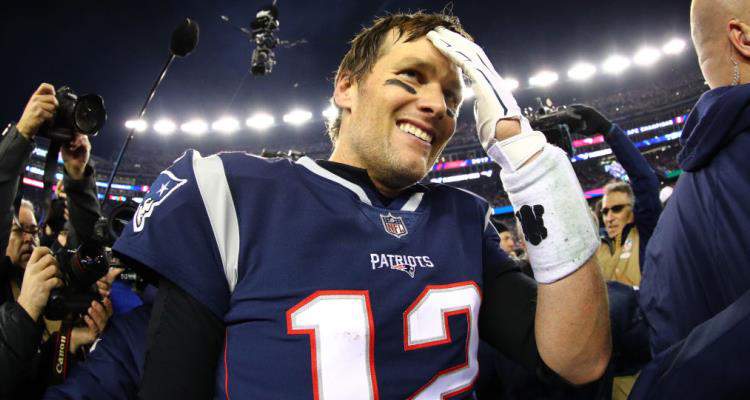 Once again, Tom Brady and the New England Patriots are in the Super Bowl, and this time around, they’re defending their championship. Just like every other year, there are many headlines surrounding the championship game such as Tom Brady’s hand injury, Rob Gronkowski’s concussion protocol, referees being on the Patriots side, and many more. But somewhere, someone decided it would be funny to turn them into Super Bowl 2018 memes, spawning a slew of Patriots memes! These include Patriots cheating memes, “Patriots Suck” memes, and just Patriot memes, in general. We’ve compiled the best ones below—and we didn’t hold back!

If the Patriots become the first team to win three Super Bowls in four years, twice, Bill Belichick may actually crack a smile! Belichick is known for his stone face and always looks so damn serious. However, the first and only smile on Sunday could be witnessed after the final whistle of the game, during the tradition of splashing the coach with Gatorade!

The rules of the NFL are that there must be 11 players on the field from both teams, during the game. However, many joke that the New England Patriots seem to have gone around this rule by having the referees on their side! The most recent evidence of this is when referees were seen cheering with the New England Patriots, when a touchdown was scored in the AFC Championship game against the Jacksonville Jaguars.

This very well could be the dance that is witnessed if Rob Gronkowski scores a touchdown in the Super Bowl in front of his 69 member entourage! The reason for the unique number is 69 is Gronkowski`s favourite number.

Tom Brady is loved by millions of fans for the attitude that he brings to the game of football. The list also includes referees having Brady’s back on the field…literally. The meme above is in reference to there being an update of the signage used by referees to help Brady during the game. Pffffttt!!

Mark Wahlberg trying to figure out who he’s supposed to cheer for in the Super Bowl pic.twitter.com/WIisaVwl6E

One of the biggest Patriots fans, Mark Wahlberg, seems to be confused in this meme about who to cheer for in Super Bowl LII! He grew up in Boston and is a lifelong Boston sports fan. But after playing the role of Vince Papale in Invincible, he gained notable respect from the Philadelphia Eagles organization. Papale was the quarter-back for the Eagles from 1976 to 1978 and Wahlberg certainly did justice to the role. Some have even joked that Wahlberg was actually their best quarterback! Ha!

As the great @billburr has predicted on his #PodCast …..I'm probably going to have to retire some of my favorite #Eagles #Memes. #Superbowl pic.twitter.com/BWl9ohKgjP

Talk about hitting em’ where it hurts! This meme will make New England Patriots fan jump for joy on Sunday! The Eagles have been to the Super Bowl twice in the past and have come up emptied handed both times. The assumption here is that Super Bowl LII will make it 0-for-3 for the Eagles in the big game and that glass Trophy case will remain sad and empty…

It all makes sense now! Pretty boy, Tom Brady had been fighting off a hand injury after the victory over the Jacksonville Jaguars in the AFC champion game. The media has been all over this injury, with people speculating if he will play in the big game or how he is expected to perform. The above memo answers all of these questions in perfect hilarity; Brady was adjusting his hand in order to ready to receive his sixth ring, of course!