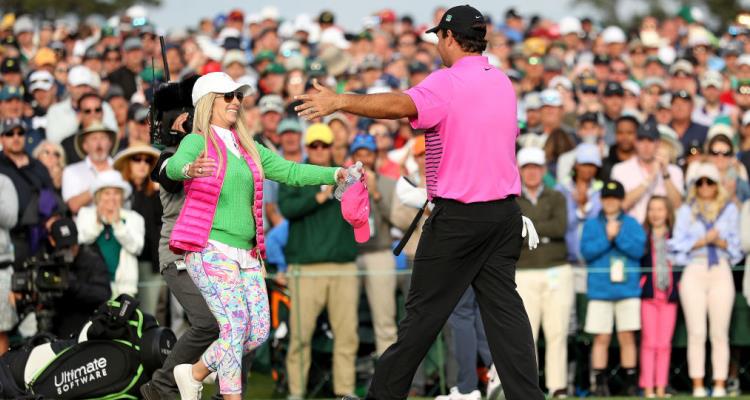 Golf fans are looking for facts about Patrick Reed’s wife, since the golfer has been getting some bad publicity this weekend. Why has Reed been getting “booed” on social media? Does this have anything to do with his wife? Keep reading to find out!

To begin our Justine Karain wiki, let’s first get into the bad news about her husband. According to reports, golfer Patrick Reed was kicked out of University of Georgia on suspicions of cheating and stealing possessions and money from the players! Reed denied both allegations and said he would put up a fight to stand by his word if it came down to it. Additionally, he has two alcohol-arrests on his record from when he was a minor, to which he admitted were true. It is for these drinking incidents he believes he was kicked out of UGA. Others seem to think differently, and golf fans have been expressing their distaste for his bad sportsmanship on social media ever since. But who is the woman married to this “golf bad boy?” Read on to find out!

When Patrick Reed met his wife Justine Karain, now age 31, he said “things clicked right away.” Also an athlete, Justine was an incredible swimmer and soccer player, and occasionally played golf in high school. She is older than her husband by four years and when they met, she had already completed two undergraduate degrees.

The pair met at Augusta State University where Reed transferred to from the University of Georgia. They dated for three years before getting engaged on January 9, 2012. They have two kids to make up their family of four. Their children include a daughter named Windsor Wells (born May 22, 2014), and a son named Barrett Benjamin (born December 7, 2017).

Justin had a health scare in 2014 when she was hospitalized after a seizure in the bath. Doctors reportedly told her that she was fortunate to have survived and it was thanks to Reed. The golfer found her in the bath and was quick to get her medical help before her seizure had a damaging effect.

Also Read: Why Did Patrick Reed Get Kicked Out of the University of Georgia? 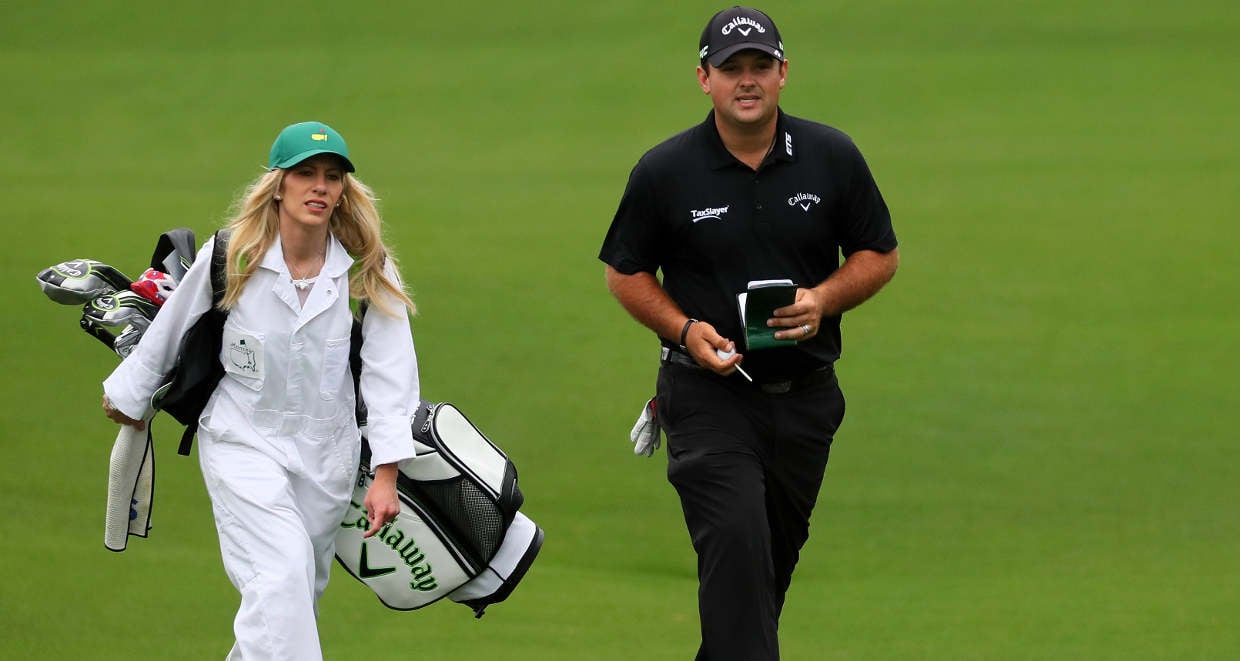 Not a Fan of the In-Laws…

The Reeds and Karain’s parents are close, and they often accompany him on tour. However, Reed’s parents, Bill and Jeanette, have reportedly been estranged from the couple, and weren’t even invited to their wedding in 2012!

The feud apparently stems from their dislike toward Karain. Patrick Reed was 22 when he married Justine and his parents reportedly felt the two were too young to get married when they did.

Reed’s parents and sister denied the accusations, but they have since been kept at a distance, even from their grandchildren. Current details about Reed’s relationship with his parents remain unconfirmed.

When asked in a press conference if it was bittersweet not to share his recent big win with his parents, he coldly responded, “I’m just out here to play golf and try to win golf tournaments.” He did share his big moment with his wife, who seemed to be the most important person to share it with.

Married to a Winner

Despite the online hate from golf fans (and the family drama), Reed has been very successful on the turf. He recently won the 2018 US Masters tournament. Unfortunately for him, many golf fans still refused to applaud and give him credit! Perhaps this was because of his reputation as an alleged cheater.

In Slaying the Tiger by Shane Ryan, details about an incident where he allegedly cheated were revealed:

“During a qualifying round prior to a tournament, according to sources close to the team, Reed hit a ball far into the rough. When he approached the spot, he found another ball sitting closer to the fairway, and was preparing to hit it when several of his teammates confronted him. Reed pleaded ignorance, but the other Georgia players were convinced he had been caught red-handed trying to cheat.”

In 2014, he was caught ranting to himself about a bogey he had made on the first hole while his television microphone picked up everything he said. “Nice f***ing three-putt, you f***ing f****t,” was the words heard by the golfer, which he later apologized for.

Justine Karain was born December 19, 1986, in Houston, Texas and helped start the women’s golf team at Klein Forest High School. After graduating from high school, she attended Louisiana State University and Our Lady of the Lake College in Los Angeles. There, she obtained two Bachelor’s degrees in Nursing and Health Service Administration.

After marrying Reed, Karain caddied for him for two years. Reed once confessed he tested Karain by making her carry a golf bag with extra weight before hiring her as his caddie.

Karain retired from caddying for her husband when she became pregnant the first time. Her brother, Kessler Karain, took over Reed’s caddying duties ever since. Justine also has a sister, Kristiane Karain.

She has been by his side throughout his professional golf career, and even when it seems like the rest of the world is scoffing at his wins, she is always supporting him 100%.