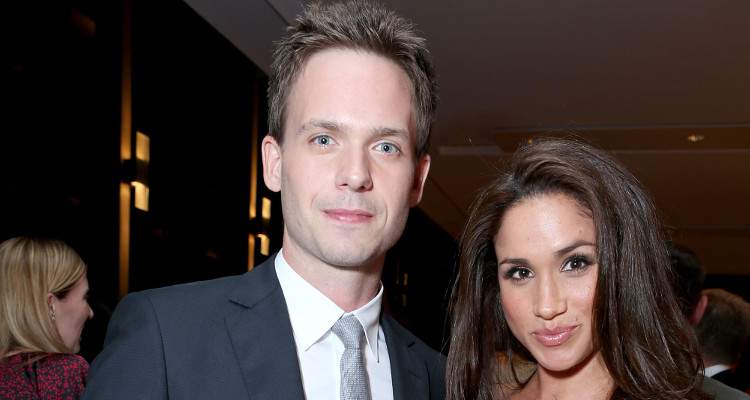 USA Network’s Suits is certainly going to feel the emptiness on set, as Patrick J. Adams (who plays Mike Ross) has decided to quit the show! He is scheduled to leave at the same time as costar Meghan Markle, which means the renewed season 8 of the show will be lacking the on-screen husband and wife duo. (Oops, spoiler!)

We’re sure all fans of Suits and Mike Ross are wondering the same thing—why is Patrick J. Adams leaving Suits? He played one of the main roles on the show, and ever since Meghan Markle announced that she was quitting the show, fans have been guessing about Adams’ return. Now it’s confirmed, and we have the details on why Adams made the decision to leave the show.

What Happened to Patrick J. Adams?

In an interview, Patrick J. Adams, who plays the lawyer Michael Ross in the legal drama Suits, said that he knew it was time for him to leave.

Apparently, the actor, who is currently engaged to Meghan Markle’s character Rachel Zane on the show, was thinking about quitting Suits since season 6.

But the on-screen couple has decided to stay to finish season 7, and probably get married too, before exiting the show.

Adams wanted to quit the show after his character came out of prison, as he was unsure where Mike Ross was headed. But the one-for-one deal that was offered to him by Harvey (Gabriel Macht) was what got him on-board season 7.

But now he has announced that he will exit with Meghan Markle, who is currently busy planning her royal wedding!

Did Markle Talk To Adams About the Exit?

On being asked if Markle and Adams talked about the exit, Adams said, “With Meghan, a lot went unsaid. Meghan has this whole crazy part of her life that’s just beginning now. In some ways, Meghan and I were the closest because we were the youngest people in the cast and both came in with the least experience. We grew up together over the course of the show. There was this natural sense that we both knew that the time had come for both of us.”

Adams has stayed away from his family and wife, Troian Bellisario, for eight years now, and he wants to take a break and spend more time with his family. He wants to take time to develop some stories but mostly wants to focus on everything non-Suits related, at least for now.

The USA Network and series creator, Aaron Korsh also released a statement saying, “I would like to thank Patrick and Meghan for their extraordinary contributions over the last seven years. Not only have they been outstanding in their roles as Mike and Rachel, they are also superb human beings who will always be beloved members of the ‘Suits’ family, and we wish them well in their days to come.”

The twin goodbyes are bound to get emotional on the very last day, especially since two of the most vital characters are exiting together!

But it’s good news after all for Suits fans; they are not shutting down the show! The network has renewed the show for season 8, so season 7 will be all the more interesting to watch!