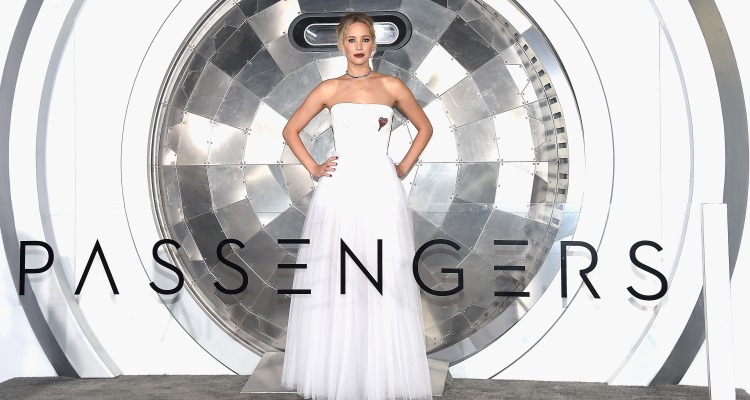 Is anyone in the mood for some Passengers movie spoilers? The Passengers premiere has already taken place with the best of Hollywood on the red carpet, but there are some fans of Jennifer Lawrence (X-Men: Apocalypse) and Chris Pratt (Jurassic World) who want a sneak peek of the intergalactic thriller. So, if you’re one of those fans that doesn’t mind being spoiled for Christmas, then have a look at our Passengers review.

Whether you plan on seeing this film or not—the best way to describe it is Sleeping Beauty meets Gravity. Passengers is about a spaceship (called Avalon) that is on a routine voyage to a new home on a distant colony called Homestead II. The two passengers, Jim (Pratt) and Aurora Lane (Lawrence), are sleeping in suspended animation when a meteor hits their ship and causes a malfunction that awakens the two. They wake up 90 years earlier than they are originally scheduled!

As Jim and Aurora face the possibility of living the rest of their lives on board (with every luxury at their disposal), they begin to fall for one another, unable to deny their mutual attraction. But it’s not all a bed of roses; the ship is in great danger. Now, with the lives of 5,000 passengers hanging in the balance, Jim and Aurora have to find a way to save them all. 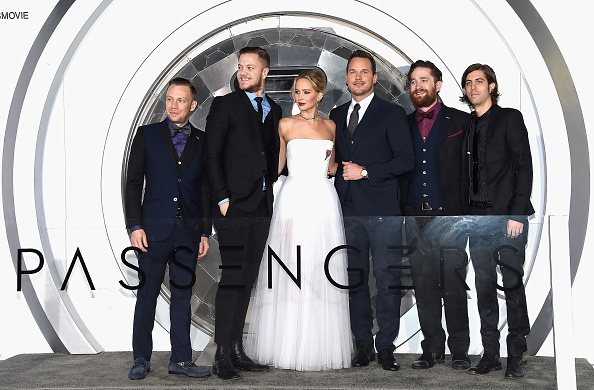 Pratt portrays Jim Preston, a mechanical engineer who is described as a salt-of-the-earth, old-school kind of guy. He is the kind of guy that enjoys making things with his hands—something that’s no longer a demanding skill where he’s from.

Jim is the first to wake up out of hibernation on the Avalon, who seeks answers for his early release from sleep. People get upset about getting up five minutes early before their alarm, so imagine how Jim felt when he discovered he was 90 years too early!

Jim’s problems only get worse once he realizes that he needs to find someone or get back to sleep, or else he will spend the rest of his life alone on the Avalon. So, what does Jim do with a place all by himself before he finds someone else? He makes himself a regular at the ship’s bar, and contemplates suicide.

The other awakened passenger is Aurora, played by Lawrence. And no, her name being the same as Sleeping Beauty’s is not lost on us. Aurora is a writer whom Jim noticed sleeping as he wandered the Avalon. (The scene reminds us of when someone falls in love with that perfect Tinder profile page.) In Aurora’s case, she doesn’t show any signs of being an axe-wielding murderer, because she’s actually a nice person. Aurora also has to make a lot of tough decisions, despite being a good person.

FYI: Lawrence had a few drinks before she filmed her sex scene with Pratt, because she was nervous about her first sex scene with a married man! In previous interviews, the Guardians of the Galaxy star said he made sure that his Passengers co-star was comfortable. What a nice guy!

The film was directed by The Imitation Game’s, Morten Tyldum and the screenplay was written by Jon Spaihts. The screenwriter spoke with Variety magazine about how important the film was to him.

“Passengers is my darling,” said screenwriter Jon Spaihts, who has seen the project pass through many iterations since he wrote the script more than a decade ago. “It feels great to know we preserved the heart of the film. … There is definitely an unparalleled rush to seeing it on the screen. At the same time, if something goes wrong, there [will be] more of a wound in my heart.”

Overall, we think the film is interesting enough to go and see, but don’t expect much of an Oscar buzz down the line. But we’ll let you be the judge! Passengers premieres on December 21.