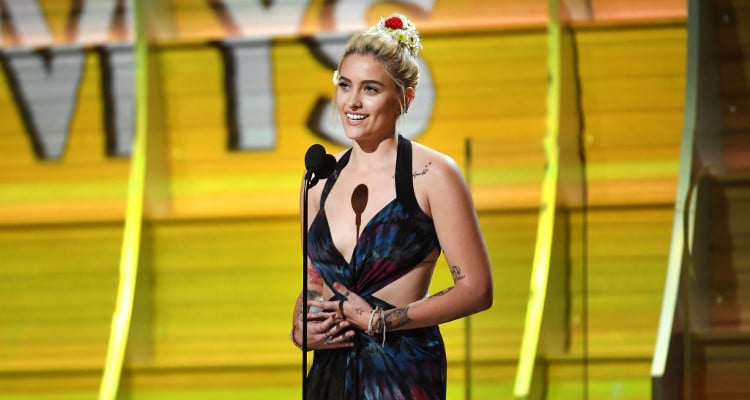 Michael Jackson‘s only daughter, Paris, remained out of the spotlight for most of her life. But now she’s stepping out of the late King of Pop’s shadow to make a name for herself.

There was a time we only knew about Paris Jackson as the daughter of Michael Jackson. After his death, her struggles became the center of media attention. But she’s putting her recluse past behind her and paving her own path. She stopped by The Tonight Show Starring Jimmy Fallon and spoke about her teenage obsession with High School Musical and Zac Efron. Who knew she was just like the rest of us? There’s a lot more to this starlet which you will find out about right here in Paris Jackson’s wiki including facts about her age, parents, net worth, and dating life.

Putting the Past Behind and Moving Forward

Paris is the only daughter of Michael Jackson and his ex-wife, Debbie Rowe. She has two brothers, Michael Joseph Jackson Jr. and Prince Michael Jackson II (a.k.a. Blanket). MJ kept his personal life fiercely secretive amid all the scandals that surrounded him. He even had his children wear masks every time they stepped out. Paris was homeschooled for 12 years along with her siblings. Therefore there’s very little information available about her and her brothers.

Paris’ struggles became public knowledge since her father’s death. After the King of Pop’s sudden demise in 2009, his children’s custody and estate became much-talked about. Michael Jackson’s mother, Katherine Jackson was awarded custody after a settlement with Rowe, and raised Paris and her brothers. Paris remained out of the limelight except for when she accepted her father’s posthumous Lifetime Achievement Award at the 2010 Grammys. She appeared on shows where she discussed Michael Jackson, her childhood, and being a victim of cyber-bullying.

Her struggles didn’t stop there. In 2013, emergency responders were called to Paris’ home following a suicide attempt. She was hospitalized immediately and was on a gradual path to recovery. The number of her public appearances have increased recently and she’s more outspoken, especially on Twitter where she has 1.29 million followers. But she doesn’t always want to talk about her father. She’s now more driven to make her career in modeling and acting, shedding her image as nothing more than the daughter of a legendary artist.

Paris Jackson has made it very clear she doesn’t like talking about her father because it only makes her sad. Instead, she’d rather talk about her professional life. She signed with the premiere model management, IMG that boasts a roster of Gigi and Bella Hadid, Gisele Bundchen, Erin Heatherton, and more. She was featured on the cover of many magazines including Harper’s Bazaar and Rolling Stone.

@ParisJackson in the Spring on our April 2017 subscriber cover. Photography by @JeanPaulGoudeOfficial Styling by #AlexAikiu

While she’s getting a lot of attention in the modeling world, she’s also working towards an acting career with Fox’s new Lee Daniel series, Star. If her various doodles shared on Instagram are any indication, she’s also a talented artist. To add to that, she’s got all the makings of a musician —and we’re not just talking about her Jackson genetics. She writes songs as a creative outlet and is into rock music. Is it too soon to call her the Princess of Rock?

But even though she’s still an 18-year-old who’s starting out, Paris Jackson already has a net worth of $100 million. MJ’s children received a large inheritance from their father, but the more than $750 million from the sale of his estate will be given to Paris and her brothers when they are 30 years old, according to his will.

People are also noticing that the King of Pop’s daughter looks a lot like the Queen of Pop. That’s right! Paris bears a strong resemblance to Madonna in the ‘80s. And she’s loving the comparisons to the “Material Girl.” We just need to hear what Madonna has to say.

@Madonna some of the edits people send me get pretty wild but i'm kinda starting to dig it pic.twitter.com/H5wflVVdSa

She Was Reportedly Engaged

This animal lover thanked her supportive friends on her road to recovery. Among her many family members and acquaintances, one of her pillars of support was her boyfriend Michael Snoddy, a drummer who plays for a street percussion group. The two packed the PDA on social media with their cuddly and vacation-filled posts. But they broke up after less than a year of dating in February.

Before Snoddy, Paris was the subject of engagement rumors which is extreme considering she wasn’t even 18. She was dating soccer-player Chester Castellaw who was her “first love.” During their relationship, Paris was spotted sporting some shiny bling on that all-important finger. But sources claimed that it was just an accessory. The couple broke up soon after in what would go down in the history of ugly social media breakups. After unfollowing each other, she pointedly tweeted her father’s classic anthem “Beat It” as a not-so-subtle message.

She Doesn’t Care What Others Think about Her

Being second-generation famous isn’t as great as you’d think. Fame has had an impact on Paris and her brothers growing up. A lot of people talk about them and sometimes they didn’t have good things to say. As Paris once revealed, she has been a victim of cyber-bullying. The starlet posted a tearful video on Instagram where she pleaded to the bullies to stop.

Though she admits there are days where all the negativity on social media gets to her, she turns a blind eye to them. “It gets to a point where, you know what, it’s going to happen. Not everybody is going to be happy with what you do. If you’re not happy with what you’re doing, that’s a problem,” she says. “If you’re happy, who gives a f***?”