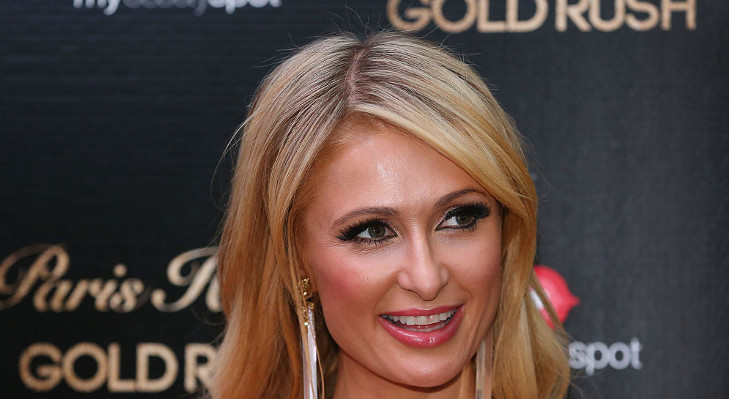 Paris Hilton has never been one to shy away from the camera, so why should a black transparent dress be any reason to start now? The 35-year-old socialite was leaving a London restaurant when she was spotted by photographers. The light from the cameras flashing suddenly made the top half of Hilton’s dress a little more revealing than anticipated. (It’s as if she were wearing white).

She wore a black mini dress with long sleeves with cut-outs down her arms and long black suede boots. She was having dinner at China Tang in Mayfair.

The Daily Mail called it a wardrobe malfunction but we know better, don’t we? Whether she meant to or not, Hilton owned her body and self- image, as usual. She went out to dinner choosing to wear whatever stylish outfit she wanted and despite the “malfunction” she owned up to it and gave the people what they wanted: a few pictures to talk about.

Hilton recently broke up with her millionaire boyfriend, Thomas Gross, and appears to be having a good time. The media attention is probably a good distraction for her, and it’s something she’s used to doing, whether she likes the attention or not.

Gross and Hilton were busy splitting their time between their business empires and spending time together at his home in the Swiss Alps. Hilton moved to be closer to Gross, but even with his private jet at her disposal, the distance form her family was too much for her. Hilton’s fashion and DJ work keeps her jet setting between Los Angeles and Ibiza—which was hard to do from a distance.

But everyone knows that nothing really keeps Hilton down for too long, and she seems to be her usual self despite her relationship troubles. If anything, she’s promoting her new single status with this dress by making a statement that she’s at least open to the idea of moving on, if she hasn’t already.