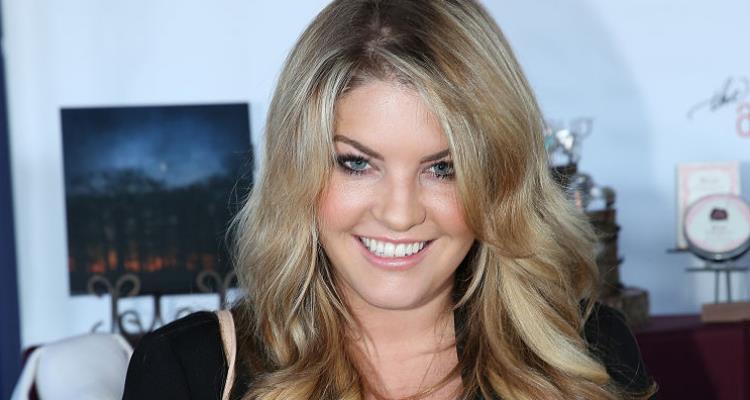 Lisa Vanderpump has been on our screens for a number of years as a regular cast member on The Real Housewives of Beverly Hills. She even got her own spin-off, Vanderpump Rules. Through those two shows, we seem to know everything about her. But what about Lisa Vanderpump’s daughter, Pandora? In this Pandora Vanderpump wiki, we’ll examine a number of different areas of her life, from her background to her husband and house. By the time you’re done reading this piece, you should know everything you need to know about Pandora Vanderpump!

The Basics about Pandora Vanderpump

Born in London, England on May 7, 1986, Pandora Vanderpump’s age 31. According to her website bio, she grew up in a number of different countries and cities, including the South of France, Monaco, Washington D.C., and Los Angeles. Eventually, she ended up in Beverly Hills and attended Pepperdine University in 2004. She graduated with a B.A. in English literature and film and television production. Pandora Vanderpump’s husband, Jason Sobo, isn’t particularly a public figure so not much is known about him. At one time, it looks like he may have worked as a manager at Villa Blanca, a restaurant owned by Lisa Vanderpump. The couple got married on August 25, 2011, at the home of Pandora’s parents.

What Does Pandora Vanderpump Do for a Living?

As the child of very successful and rich parents, people often wonder what Pandora Vanderpump does for a living. Does she just lounge around by the pool, occasionally going to parties and then sleeping on a pile of money? Or does she actually have a job of some sort? While she could probably rest on the laurels of her parents, Pandora does indeed work. While trying to find a career footing for herself, she worked as an assistant of producers on the film Black Swan. She went on to launch an online luxury lifestyle magazine called The Divine Addiction in 2011. Pandora then became the executive editor of Beverly Hills Lifestyle Magazine. She also created her own line of alcohol called Vanderpump Wines & Spirits. The brand includes several different types of luxury alcoholic beverages that are marketed at affordable prices. Currently, the brands include LVP Sangria, Vanderpump Vodka, and Vanderpump Rosé.

The Life of a Vanderpump

Pandora Vanderpump’s house is located in Beverly Hills and was a partial gift from her mother in 2016, as she was the one who put the initial down payment on the surprise home (which she also fully furnished —surprise, indeed!) Lisa Vanderpump saw the down payment of the furnished home as a reward for all of the work Pandora did, as well as getting a foot in the door of owning her own home. It’s not too different to what a lot of regular parents do for their children, but on a much grander scale. Lisa made it very clear that while she may have footed the bill for the down payment, the mortgage would be the responsibility of Pandora and her husband. Given how well Pandora is doing for herself, that shouldn’t be an issue.

As far as Pandora’s work goes, it is really starting to pay off for her! With all of her various business ventures, holdings, and other financial investments, Pandora Vanderpump’s net worth is estimated at approximately $2.0 million. Not bad for 31—life’s just getting started for this young entrepreneur! Do we see another future Housewife of Beverly Hills on the way?