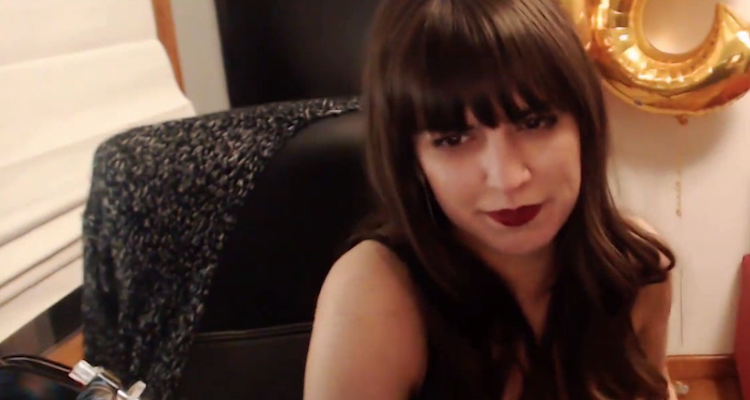 If you follow the world of professional gaming, you most likely heard of Voyboy, and possibly watched his Twitch stream a few times. If you follow the gamer, you’ve probably seen or heard of Voyboy’s girlfriend, Pamella a.k.a. Pamcakes. If you don’t follow professional gaming, you may be wondering what makes these people so popular and interesting enough that they’ve popped up on your feed. In this Pamella wiki, we’ll take a look at everything you need to know about her. From her age, to gaming stats, and even social media stats, we’ll let you know everything about Voyboy’s possible ex-girlfriend in 2017.

In terms of personal info, here’s what we know about Pamella. She was born on November 23, 1992, which makes Pamella’s age 25 as of last week. Her last name may be Rocha, as listed in several outlets, but we were unable to confirm if that’s the case. According to her Twitch bio, she is based out of somewhere in New Jersey. She lists her nationality as Brazilian and speaks Portuguese and English.

We’re unsure of when Pamella began streaming her gaming, but we do know that she’s done alright with it. Pamcakes also went by the name PooksieGaming in the past, but all of her social media is now under the name Pamcakes. This includes Pamella’s Instagram, Facebook, Twitter and Twitch accounts. Her social media following is fairly solid with over 21k followers on both Twitter and Instagram, 150k followers on Facebook, and approximately 200k followers on Twitch. While this doesn’t make her the biggest personality in online gaming by any stretch, it is still a fairly solid following, and one that she engages with on a regular basis. As she regularly streams her World of Warcraft games, Pamella’s pics can be found on Instagram.

Pamcakes has played numerous games in the past, but recently, her biggest gaming theme is World of Warcraft with her main character being a Draenei shaman named Primarina. Her current computer rig isn’t the latest and greatest, but it will definitely get the job done. The current tech specs for her computer are:

While her personal life is probably quieter than more recognizable celebrities, that doesn’t mean that there haven’t been a few blips on the radar. The first major one being Voyboy and Pamella’s relationship. While they haven’t been public with all of the details, following their various social timelines seems to indicate a very on-again off-again relationship, with the two seemingly off-again after Voyboy tweeted the following:

Pamella has also had to deal with issues that many other celebrities have had to deal with over the past few years, as someone got a hold of Pamcakes’ private video, in which she is performing a striptease. While cease and desist letters were sent to various sites, once a video makes it online, it is very hard to scrub it from the web, and there will always be someone who re-posts it.

Will Pamella and Voyboy make it through their current relationship storm or is this the end? Only time will tell.