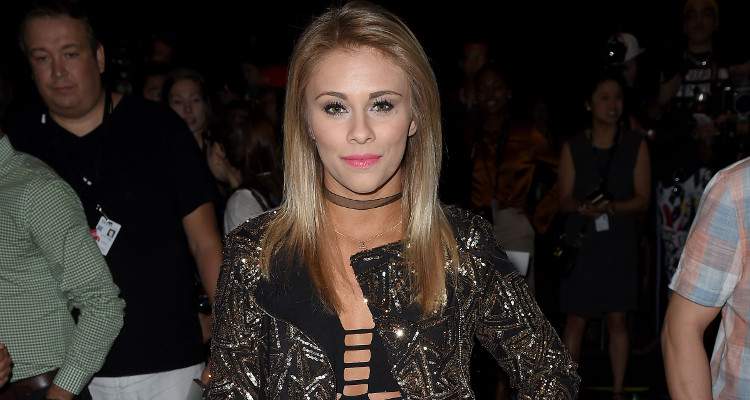 It looks like 2018 is working wonders for MMA fighter, Paige VanZant. Not only is her professional life thriving, but her personal life is filled with happiness, too. The 23-year-old just announced that she got engaged to her boyfriend!

On Sunday, the UFC flyweight posted a photo on Instagram of fellow MMA fighter, Austin Vanderford on his knees with a ring, asking VanZant to marry him. She captioned the photo, “I said yes!!”

As of now, there is no news about their upcoming nuptials, but the sweet couple are celebrating their engagement. Their fans could not be happier for the pair. Now that the news broke, many people are curious to learn more about Paige VanZant’s fiancé and his career.

Vanderford is a welterweight and a 3-0 pro with a 4-0 amateur record. He is a two-time NAIA All-American and National Champion.

Everyone wants to be a beast…. until it’s time to do what beasts do.

Vanderford is a professional VFC and MMA fighter, as well as a certified trainer. His last fight was against Kenny Licea on December 16, 2017, at the VFC 59—Stots vs. Berdon. He won the fight.

It is unknown when the pair started dating, but last year, VanZant revealed in an interview that she was taken:

“I’m off the market. Sorry guys. Breaking news, I am seeing somebody his name is Austin Vanderford and he’s also a professional MMA fighter.”

It is definitely a happy moment for Paige VanZant and Austin Vanderford as the two have stood by each other through thick and thin.

VanZant is currently recovering from an injury, and her loving fiance is right there by her side. We hope to see her back in the ring soon.

Surgery was a success ?! I’ll be back in the cage cracking heads with my bionic arm soon!!!