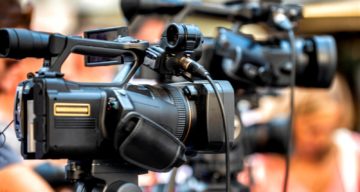 Mike Masciadrelli began his career in Massachusetts, but left WWLP to work at WTNH in Connecticut this year. The move brings him closer to his girlfriend of two years, Paige Machiski. They met because of their respective jobs and made their relationship work despite the physical distance. Mike Masciadrelli’s girlfriend is not in the broadcast industry, which provokes some curiosity about who Machiski is. For Masciadrelli’s former WWLP viewers and the WTNH viewers who are discovering this young news anchor, we reveal more about his relationship in this Paige Machiski wiki.

Paige Machiski was born on September 1, 1994, and hails from New Jersey. She is the daughter of John and Allyson Machiski.

Her mother Allyson works for New York Life Insurance. Her father John is an experienced professional in strategic business relations.

After graduating from Montville High School, Paige Machiski attended Bryant University. She had a brief stint studying applied arts and marketing at the University of Westminster in the U.K. before she earned her bachelor’s degree in marketing and creativity and the arts in 2016.

Machiski briefly worked at a restaurant and was a YMCA camp counselor. She also had marketing internships and worked as a substitute teacher in her hometown.

She was working as an event manager in New Jersey before moving to Connecticut in 2016 where she was a sales rep at a cloud communications company. Machiski is based in Springfield as of 2018, where she works with MGM Springfield. She started as a coordinator and is currently an assistant manager of special events.

Mike Masciadrelli has been dating Paige Machiski since December 2019. But how did the news anchor who was based in Massachusetts back then meet the Jersey native who was working in Connecticut?

WWLP viewers might recall Masciadrelli was assigned to cover an event at MGM Springfield where Machiski was an events coordinator at the time. That’s where they met and began dating.

They made their relationship social media official on New Year’s Day 2020. Masciadrelli left WWLP this year to join WTNH in New Haven, Connecticut, which brings him closer to his girlfriend.