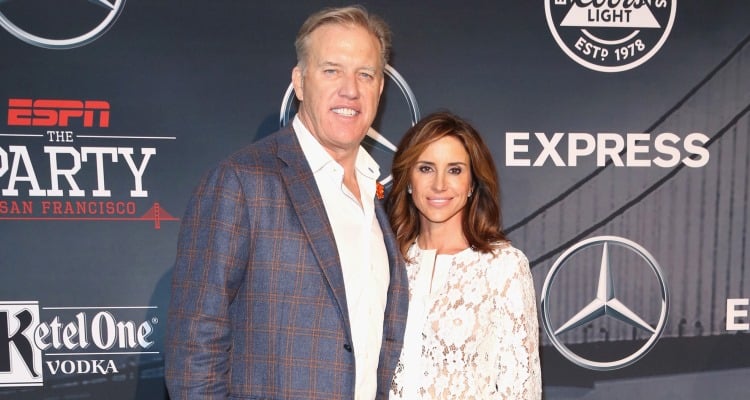 John Elway’s wife, Paige Green, is well known for being an Oakland Raiders cheerleader, but she’s much more than that! John Elway and Paige Green were first married in 2009, and have since had a very prosperous life together. To find out more about Paige Green, keep on reading!

The Beginning of their Love Story

Paige Green, age 50, first met John Elway in 2005 at Marcus Allen’s golf tournament in Los Angeles. While they didn’t begin dating immediately after meeting, things did get serious pretty quickly once they officially became a couple. After dating for a while, Green decided to move to Denver to really pursue the relationship and see if it was something that could last long-term. Elway obviously felt strongly about their connection, because he proposed shortly after, and the pair got married in Italy not long after that! It took many by surprise when Elway announced he was ready to walk down the aisle again—he was previously married to Janet Elway for 19 years before getting divorced in 2003.

They Have Hearts of Gold

John Elway has always been a Denver icon, and as his wife, so is Paige Green; since being married, she’s been diligent about following in his footsteps and being as involved as possible. Over the past eight years, the couple has participated in a number of charitable organizations and have contributed in their own way.

In October 2015, the Children’s Diabetes Foundation acknowledged the Elway’s with its High Hopes Tribute Award during the Carousel Ball. Green has also teamed up with animal rights organizations like the Humane Society of the South Platte Valley, Colorado Citizens for Canine Welfare, and joined programs like “Adopt Don’t Shop.” She’s made it a point in her charitable career to fight for animal rights all across the state, and continues to work to bring down puppy mills wherever she can. In 2014, she joined forces with Anna Welker to host the inaugural “Bowl n’ Bark” event. She described the event as, “Important to [the shelter] because they want something that’s more fitting for the animals. They can enrich their lives to make them better animals for their new forever homes. We’re hoping to get as many dogs placed tonight as possible and in the future as well.”

Do They Have Children?

When it comes to John Elway and Paige Green’s kids, the couple does not have any children of their own. However, Elway did bring four children from his previous marriage, into his new one. Green is step-mother to Jack, Juliana, Jordan, and Jessica Elway. However, in Paige Green’s Instagram bio, she proclaims herself to be “Momma to Prince Charles and Prince William,” and most recently, Prince Lyle—her three beloved dogs!

Like any committed mother, Paige Green’s pics online mainly consist of her family, friends, and pets. She shared a sweet snap of her two puppies, and step-son earlier this year. Check it out!

While Green spends most of her time busy with charity work, her husband John Elway stays busy in the world of football. Just earlier this month, he announced that the Denver Broncos would welcome back Brock Osweiler with a one-year deal. Osweiler spent the first four years of his NFL career with the Broncos, and was released by the Cleveland Browns earlier this week. Luckily, he was welcomed back by Elway with open arms!