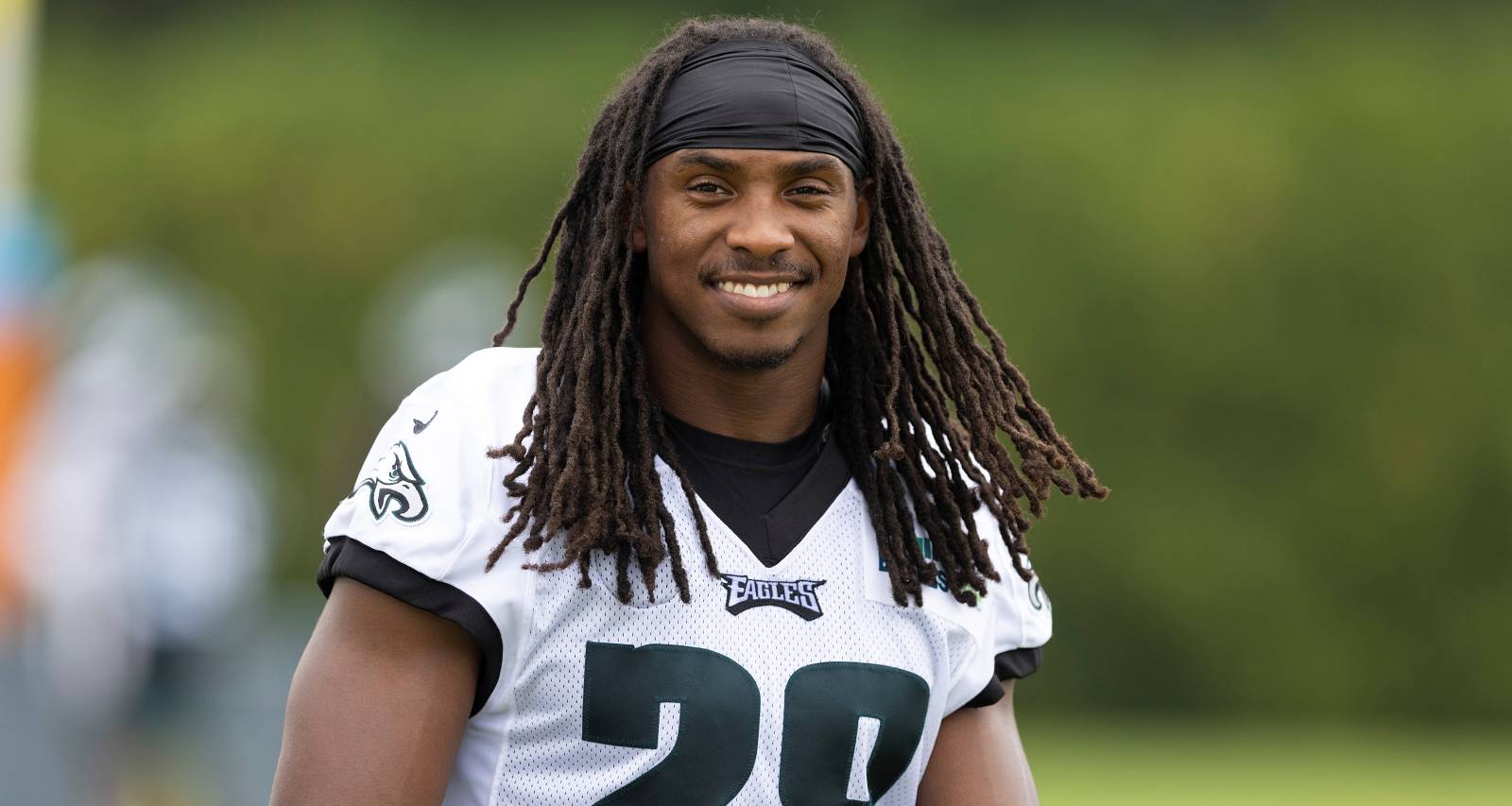 Anthony Harris at the NovaCare Complex on July 29, 2021 in Philadelphia, Pennsylvania. (Photo by Mitchell Leff/Getty Images)

Philadelphia Eagles safety Anthony Harris is known for his acts of kindness. Including when he took an 11-year-old fan who lost her dad to a father-daughter dance. Besides his young friend, there’s another woman who holds a special place in the NFL pro’s life. Paige Bieker has been Anthony Harris’ girlfriend since he was with the Minnesota Vikings. The pandemic sped up their relationship, but they are still going strong. Bieker is now one of the driving forces behind Harris’ philanthropy. We reveal more about her background and their relationship in this Paige Bieker wiki.

Paige Ashley Bieker was born on April 27, 1998, and hails from Minnesota. She is one of four children born to David and Kim Bieker.

Her mother Kim works with Delta Airlines. Her father David founded and operates Denali Custom Homes in Minnesota. Her parents are apparently separated.

Paige Bieker studied broadcast journalism at Minnetonka High School, from where she graduated in 2016. She attended the University of Minnesota and graduated in 2020.

Bieker was an elementary school teacher in Minnesota. Now she is based in Philadelphia as a skincare consultant. Bieker shares skincare advice and recommends products on social media.

During the NFL off-season, she teaches in Florida. Meanwhile, she is also involved in the running of the Anthony Harris Foundation.

Elementary school teacher Paige Bieker was at a Migos concert with her brother a few years ago unaware that the host of the pre-Super Bowl event was Vikings safety Anthony Harris. She instantly caught the eye of the NFL pro, who came to her section asking if they could hang out together.

Bieker was unimpressed even after finding out he was a professional athlete, and nothing came out of their first meeting. They would, however, run into each other several times around Minneapolis in the coming months.

More than a year after their first meeting, Harris asked her out again while she was at dinner with friends. That was the start of their romance.

Soon after, the pandemic hit, and the couple stepped up their relationship. Bieker moved to Harris’ home state of Virginia to spend the time off together. Harris was signed by the Philadelphia Eagles in 2021, and Bieker decided to move to Philly with him.