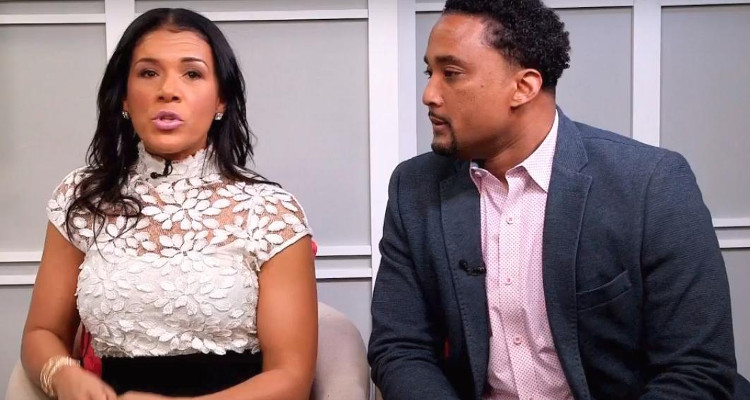 Page Turner from Flip or Flop Nashville has become the talk of the town after a great start to the spin-off. Despite being exes, Page Turner and DeRon Jenkins partnered up for the new show. They believe that they work well together, and can be successful flipping homes in Nashville, Tennessee.

HGTV’s Flip or Flop has a new city and team. Former NFL cornerback DeRon Jenkins and real estate broker Page Turner are back together! No, not in a romantic way.

The exes are now working together, and we are sure to have some entertaining TV because of it! We have all the details, right here, in Page Turner’s wiki.

Who Is Page Turner?

Page Turner is a real estate broker, principal broker, and owner of EGAP Real Estate, Inc. She has been in the real estate business for over a decade now and is showing off her talent on Flip or Flop Nashville.

The realtor has four kids, and after looking at Page Turner’s Instagram page, it looks like they are all grown up! She clearly loves her daughters, and the family seem to be very close, as they regularly appear in each other’s pictures.

Lawdy ta-day!! These babies don't understand how tired I am!! But I love them & what my babies want my babies get ? … So off to the dreaded mall we go ?? #ithoughtthey4got #?? #shopping #blackfriday #mall #nashville #oprymills #entrepreneur #mom #girls #workout #lift #healthy #wealthy #tbyj4 #family #daughters #sweetgirls #egap #lifechangers

Page Turner and DeRon Jenkins dated a little over 10 years ago. At the time, Turner was a real estate agent showing a house to a client when she ran into Jenkins, a builder.

DeRon Jenkins started his NFL career as a cornerback for the Baltimore Ravens in the mid-‘90s and ended it with the Nashville Kats in 2006. After his 10-year career, he decided to retire.

Jenkins took up construction jobs and became a licensed contractor. The couple’s romantic relationship did not work out, and they drifted apart. But their professional relationship is better than ever!

“She really knows the heartbeat of the city, she’s really good at finding not only the homes on the market but homes that haven’t reached the market yet. She’s done a really good of networking and finding those little niches where we can get those great homes.” Jenkins said.

What an aaaahhhhmazing watch party we had celebrating the premier of @joinedattheflip on @hgtv! The support has been overwhelming and we can't wait to watch the encore THIS Saturday, 3/19 @ 1p/12cst!! Thank you! #joinedattheflip #hgtv #fliporflop #nashville #realestate #redcarpet #setlife #dothework #faithful #entrepreneur #healthy #egap #egapelite #tv

Page Turner is now on HGTV, showing her viewers just what flipping houses means. From finding the perfect house, getting it renovated, and everything in between, she goes through the entire process.

Turner and Jenkins have a very smooth working relationship. Together, they created some very impressive homes.

The duo began their Flip or Flop journey with an old ranch home that Turner bought without telling Jenkins.

“I can’t believe Page bought this house without telling me,” said Jenkins. “That’s probably why we broke up!”

Their quips and history are surely going to be fun to watch!

I'm so crazy proud of this Howard-Bound 4th baby girl of mine! From the moment you took your first breath you were destined to be an overcomer @___mdub ! I am so blessed to have you in my life and we are so excited to watch the great moves you're going to make in this world! I love you to life and can't wait for HU move-in day!! Xoxoxo!! #howard2k19 #overcomer #winner #lifechanger #lastgraduationfor4years! #mdubisouttahere #lifechangers