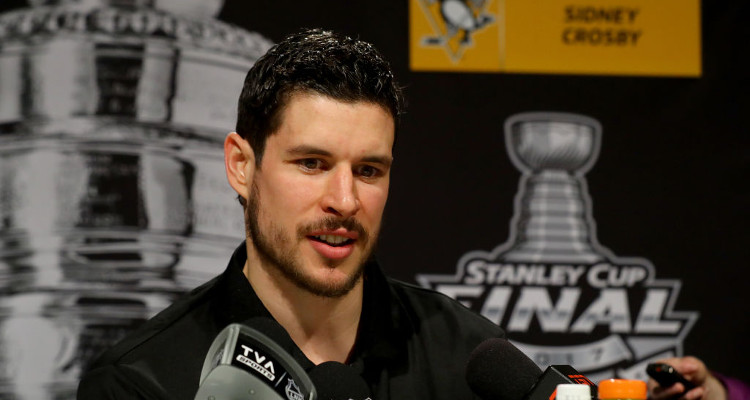 The animosity between Pittsburgh Penguins captain, Sidney Crosby and Nashville Predators Defenceman, P.K. Subban is palpable. During Game 5 of the Stanley Cup Final, the world got to see Sidney Crosby fight P.K. Subban. What was more shocking was that the referee and concerned authorities did not question it, and neither player was penalized. Here is what went down in the game.

The entire world knows that Sidney Crosby and P.K. Subban have a major dislike for each other. In the past, there have been moments where they have expressed their bitterness towards each other. But it seems like things reached a boiling point between the two players last night and erupted into a full out brawl. It’s not rare for emotions to run high at this point in the season, especially during Game 5 of the Stanley Cup Final. But during Games 3 and 4, Subban began to get on Crosby’s nerves. And during Game 5, Crosby retaliated when the two got into a scuffle on the boards. With Subban down on the ice, Crosby took the opportunity to get a few punches in, and decided to go for the head. 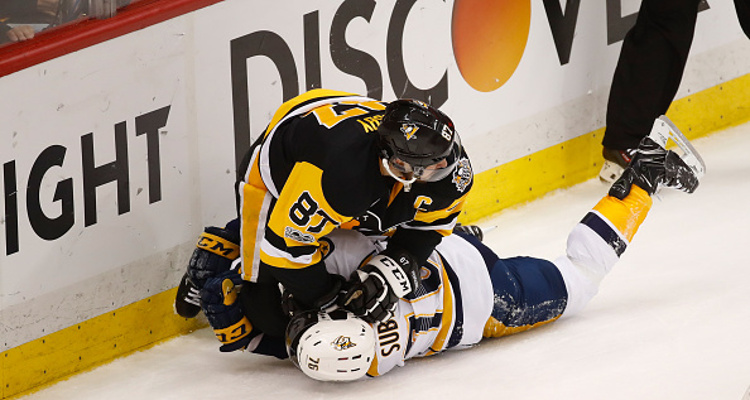 After the first period, when the Penguins were leading the game with 2-0, Subban and Crosby clashed near the boards behind the net. Crosby was holding Subban down, punching him in the head while Subban’s arms and stick were pinned down by Crosby. The blows given by Crosby showed a helpless Subban getting his head continuously knocked into the ice. So, where were the referees? They were either distracted or just ignored the fact that Crosby played dirty in the match.

Sidney Crosby shoving P.K. Subban's head into the ice over and over. Off-setting minors. #Preds pic.twitter.com/B7mUbDat1P

The referees may not seemed to have noticed the beat down, but viewers of the game certainly did. Many of them took to Twitter and expressed their anger against Crosby. While some took Subban’s side, others claim that Subban held on to Crosby’s leg, preventing him from standing up.

Often, players have the advantage of getting away with some of the dirty tactics they use in the game. However, it looks like this was purposely ignored by the referees! It looked like Crosby was at fault, but both players got matching two-minute minors, because Subban, when he was finally was able to remove himself from Crosby’s grip, got up and shoved him.

Nashville’s coach, Peter Laviolette was a little mad at the referees for being lenient towards Crosby. It is understandable why Laviolette must have found it disgusting—referee Brad Meier was standing right near them when the smackdown took place, and yet did nothing about it.

Eventually, the Penguins won the game with a score of 3-0 thanks to Evgeni Malkin’s goal. The fight between the two players started after Game 2, when Subban revealed that Crosby said he has bad breath. However, Crosby denied saying anything about Subban. According to the Predators player, “[Crosby] told me my breath smelled, but I don’t know, I used some Listerine before the game so I don’t know what he’s talking about.” It’s possible things just escalated between the two during Game 5. Now, we just have to wait and see what Crosby has to say about it in interviews. If you did not watch the game and want to take a look at Crosby and Subban’s head smacking video, then check out the link below!