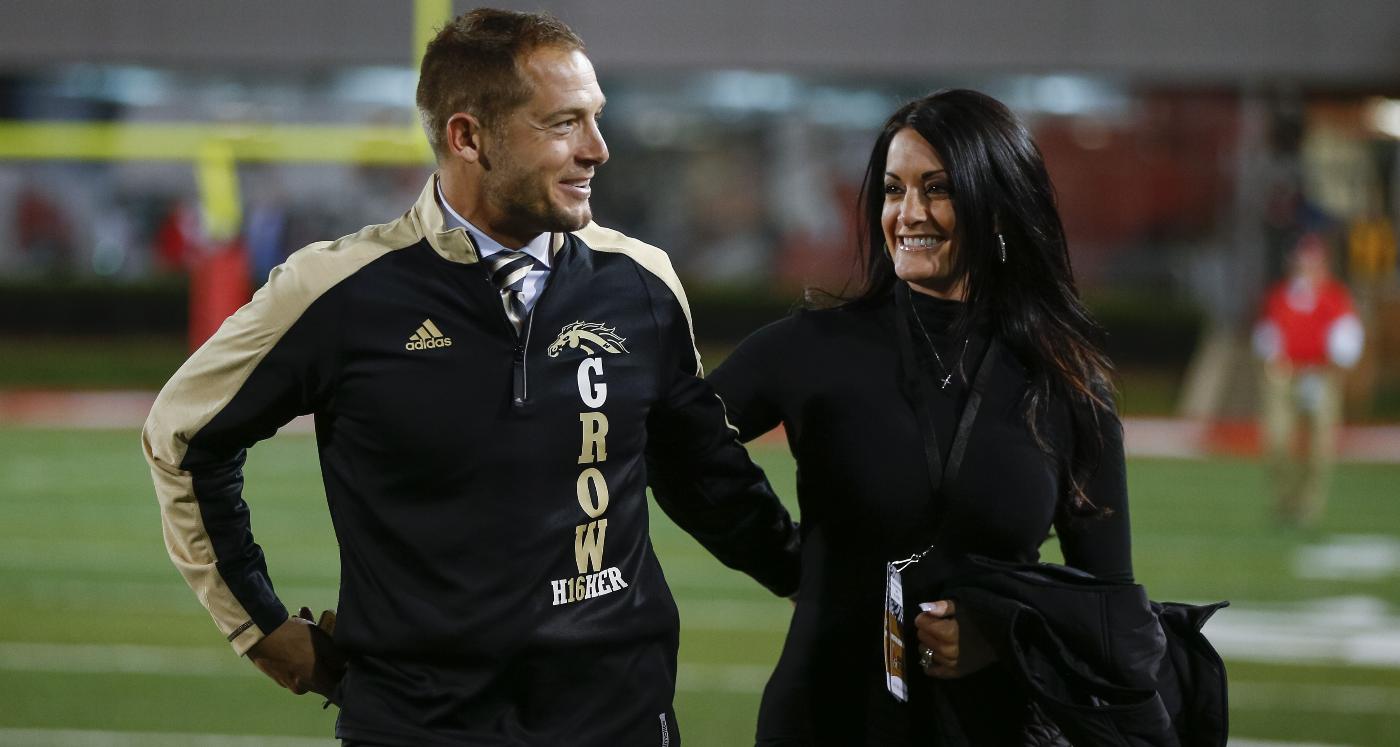 P.J. Fleck has breathed new life into the University of Minnesota’s Golden Gophers football team since he was appointed coach in 2017. And his wife has supported him as his career soars. P.J. Fleck is married to Heather Fleck, who is just as big a presence on the field as the coach is.

She Was Previously Married

She was previously married and has a son named Gavin Jackson (born December 11, 2007) from the marriage. Details about her relationship before Fleck are not known.

P.J. Fleck was also previously married to Tracie Striebel, whom he wed in 2004. They welcomed four children during their marriage: Carter, Colt, Paisley, and Harper. Colt was born with a heart condition and died a few days after his birth.

Fleck and Striebel divorced in 2015. While details of their split are under wraps, there are rumors that Striebel left Fleck over allegations that he’d had an affair. They are, however, unfounded.

Striebel has apparently moved on, with her Facebook pictures showing a new man in her life. She’s a mental health counselor and works at the Center for Women in Transition in Missouri.

They Were Set up by a Friend

A mutual friend set them up, and they hit it off  right away. “It was one of those deals where we went to dinner and it was a love at first sight. I recruited him a bit. He’s my best recruit!” Heather shared about their first date.

They’ve been together at least since 2013, while he was in the process of divorcing ex-wife Striebel. Heather has been sharing Fleck’s catchphrase, “Row The Boat,” in her Facebook posts as early as 2013 as well.

They Married in Maui

They were engaged in 2015, and tied the knot on February 11, 2016, in the exact same spot he proposed in Maui. Heather shared pictures of their beach wedding in Maui.

Their respective children adore each other and their stepparents. Heather has often demonstrated how P.J. is a father figure to Gavin and how much she adores P.J.’s children, especially his youngest child, Harper.

Fleck’s children spend time with Striebel, and Gavin also visits his father in Kalamazoo. Heather often travels between Michigan, Missouri, and Minnesota with the kids. She’s also good friends with Striebel, while P.J. and her ex-husband became friends, too.

She Defended Fleck against a Reporter’s Comments

Heather no longer works at the car dealership and moved with Fleck when he took over the coaching position at the University of Minnesota. The family settled in a 6,000 sq.ft. home in Edina. It’s unclear what her current job status is, though she was featured in a Cadillac commercial in 2017.

She’s fiercely supportive of him as well as the Gophers team. In his docuseries, Being P.J. Fleck, he says that his coaching record has improved since Heather came into his life. Sure enough, not only did he have a stellar record at WMU, but the Gophers are making big strides in the Big 10 under his leadership.

And Heather won’t allow any critic to dampen the hard work of her husband and his team. When Minnesota-based sports reporter Patrick Reusse took a jab at the Gophers and their new coach, Heather jumped to their defense.

Reusse is infamous for his negative remarks, but Heather slammed him for being “negative” and “awful” in a tweet. The columnist responded with a single word, “Balance.”

With a strong woman like Heather Fleck in his corner, coach P.J. Fleck is sure to see many more wins in his future.