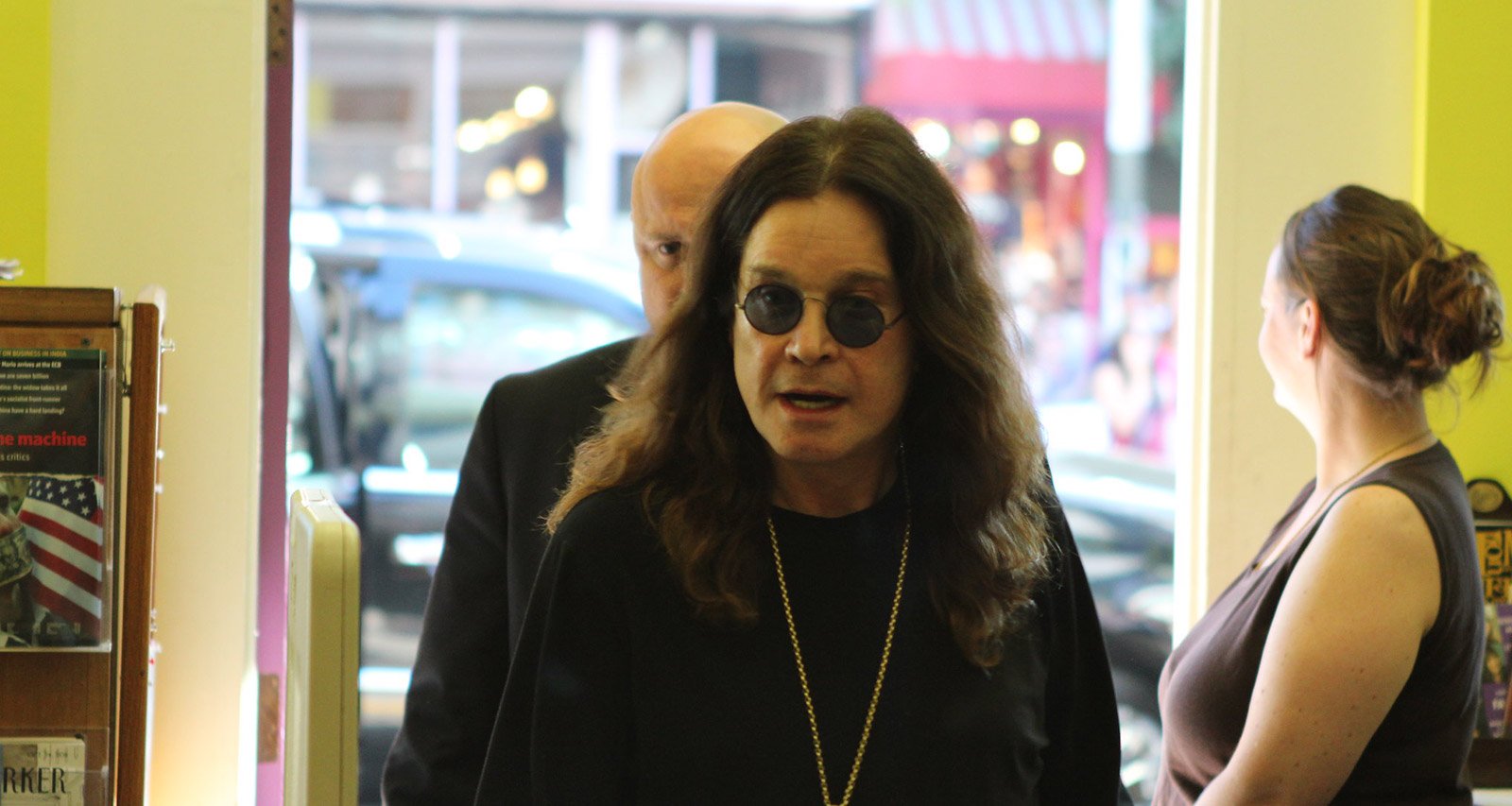 Ozzy Osbourne left the Twitter-verse a little confused today when he posted the following message on Twitter: “Announcing his Candidacy!!” with a URL including the words “VoteOzzy.” Along with the message, he included a photo of what looks like a screenshot of him making some sort of live announcement in Washington while standing in front of the American flag.

At first glance, it looks as if the Black Sabbath frontman is announcing his candidacy for the upcoming 2016 presidential election, but it turns out that it’s just a really clever marketing ploy. When you click on the link in his tweet, it takes you to a page on his web site where you can purchase a raglan t-shirt with “Ozzy For President” printed around a picture of Osbourne dressed in a suit behind a podium. The product description on the page reads, “Ozzy for President 2016.”

The rocker’s tweet certainly made for some entertaining commentary, like one follower who wrote, “Now there’s a guy I could get behind! Maybe you can run in Canada too. #OzzyforPM” Another fan hilariously added, “Oh, I can just see the debate between Ozzy and Trump!”

While the thought of Ozzy Osbourne going to head to head with Donald Trump might be an amusing thought, it’s not actually going to happen any time soon. There’s also the fact that Osbourne is British, not American, so vying for U.S. presidency isn’t even an option.

Although he’s not running for president, Osbourne did recently make another kind of political move. Earlier this month, he was in San Antonio, Texas and returned to the Alamo Cenotaph, the beloved war monument that Osbourne urinated on back in 1982. After the incident, Osbourne was banned from San Antonio for life, but the ban was overturned 10 years later after he made a $10,000 donation to the group that oversees the Alamo.

Upon returning to the monument in early November, Osbourne apologized for his actions 33 years ago and admitted that although he knows he offended and disrespected a lot of people with his actions, he hopes that he can “make amends.”