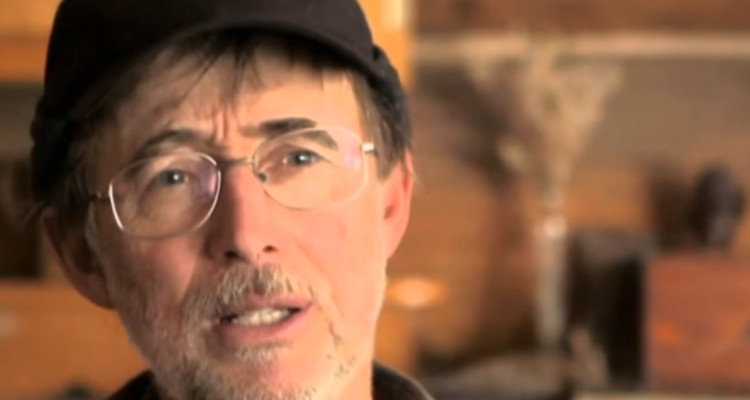 One more amazing season of Alaska: The Last Frontier wrapped up Sunday. Year after year, we’ve watched the Kilcher family live out life on their homestead in Homer, Alaska. Otto Kilcher is one of the leading stars of the show. We’ve got everything you need to know about him in Otto Kilcher’s wiki.

Otto Kilcher is no ordinary man! Living and working in Alaska is no easy task, but he and his family do it with little electricity, no running water, and braving Alaska’s harsh winters.

Fans of Alaska: The Last Frontier have enjoyed the adventures of the entire Kilcher clan. Even as we say goodbye to the family for now, let’s take a closer look at Otto Kilcher’s life and work.

Where was Otto Kilcher born? What does he do in Alaska: The Last Frontier? Find out more about Otto Kilcher’s life and role on the reality show right here!

Otto Kilcher was born in 1952 in Alaska. His parents were Yule and Ruth Kilcher, who came to Alaska from Switzerland in the 1940s and settled just outside of Homer.

Otto is their sixth child. His brother, Atz Kilcher, also stars of the reality show.

They grew up raising cattle on his parents’ farm, but his real love is tinkering around with things and figuring how they work. He discovered his love for fixing things at an early age.

If you’re a fan of the show, you know that Otto has magic in his hands and can fix just about anything!

He loves fixing stuff, and collecting anything he thinks will be useful and can be recycled.

He fixed broken toilets, built wooden and metal stairs for the inside of his home, and now will be taking part in one of the biggest overhauls of the homestead.

Happy Easter! Happy on my dozer!

Otto has perfected the art of homesteading. With his mechanical abilities, his family’s needs are always taken care of.

Otto Kilcher’s wife is Charlotte Kilcher and they’ve been married for over 20 years. Charlotte is a nature-loving lady from California, and Otto calls her his “hippy chick from Berkeley.” Fans know that whenever Otto’s name is loudly called out, it has to be Charlotte!

Otto Kilcher’s children are Levi, Eivin, August, and stepson Torrey. He made sure to pass down his knowledge of homesteading to his children.

His children may not agree with all of his ideas, but it’s amazing to see how resourceful Otto is!

Since the premiere of Alaska: The Last Frontier in December 2011, the Kilcher family has benefitted financially.

Otto Kilcher’s earnings have grown since his appearance on the reality show. According to sources, Otto Kilcher’s net worth is an estimated $4.0 million!

Fans love Otto’s adventures on the show, but it’s a hard run in Alaska, and he’s suffered from health problems.

Two seasons ago, the finale gave us a glimpse of Otto’s failing health. He was suffering from blood clots that could have been fatal, but he amazingly pulled through!

As he introduced his family’s “Snowglobe Awards” on Jane Kilcher’s Facebook —he hilariously won the award for cutest couple that never was with a goose—we know that he came a long way from his early days as a homesteader, and continues to amaze fans with his skills.

It’s goodbye to Otto Kilcher and his family for now, but they will be back on our screens before we know it!