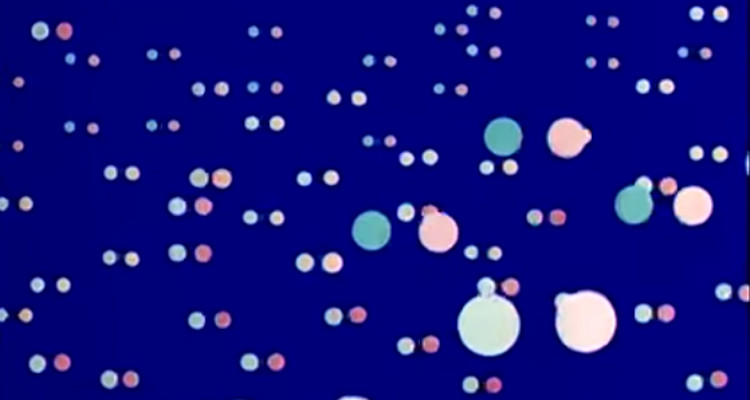 The German-born artist and filmmaker, Oskar Fischinger is the subject of today’s (June 22) Google Doodle. Today is the birth anniversary of the late artist who created animations long before the age of technology. He would have been 117 years old today.

It’s the day after World Music Day and Google Doodle is not just getting musical, it’s got visual too. June 22 marks the birthday of Oskar Fischinger, an artist and filmmaker who created some of the first animations long before computer graphics was a thing. Google is not only celebrating the work of Fischinger with today’s interactive Google Doodle, it’s letting you make your own abstract animation. Before you turn into Fischingers yourselves, take a look at our Oskar Fischinger’s wiki.

He was from Germany

Fischinger was born in the then German Empire where he apprenticed at an organ-building school after his education. When the owners were drafted into the war, he worked as a draftsman in an architect’s office until he too was called to duty. His ‘unhealthy’ body made him unsuitable for combat. After the war, he moved to Frankfurt where he went to trade school and eventually acquired an engineering diploma.

He moved to Frankfurt where he dabbled in abstract art. Though his talents were sought after, he faced financial woes. For better prospects, he then moved to Berlin.

Fischinger set up a studio in Berlin and was in popular demand for doing graphics in films and cartoons. Just when he was getting fame internationally, the Nazi party with Hitler came to power. Abstract film and art was called “degenerate” by the Nazis and they instituted policies to get rid of it. As much as he tried, Fischinger couldn’t stay in Germany. Paramount offered him a deal which he accepted and moved to America.

The First of His Time

In Frankfurt, he was inspired by Walter Ruttmann, a pioneer of abstract film and began experimenting with colored liquids and three-dimensional modeling materials such as wax and clay. While working with Ruttmann, he made several abstract shots of his own using the ‘wax slicing machine’ he made. These shots are today called Wax Experiments.

He traveled to Berlin with his essential equipment and captured the countryside in single frames which were later called Walking from Munich to Berlin. In Berlin, he created the special effects for Women on the Moon (1929) by Fritz Lang. It was one of the first sci-fi movies and provided him a decent salary as well as fame.

From Films to Canvas

He fared quite well in Hollywood. Paramount gave him an office, German-speaking secretaries, an English tutor, and a weekly salary of $250. However, due to differences with Paramount on making his film, Radio Dynamics, in black and white, he left the company. After many years, he was able to buy back his film from Paramount which he remade in a color version. After redoing it, the film became one of the most-screened and successful films of visual music’s history, and one of Fischinger’s most popular films.

His Hollywood career wasn’t without difficulties. Though he created an Optical Poem and Disney’s Fantasia, he wasn’t given due credit. There were more instances of creative differences with executives which made him frustrated with filmmaking. He then turned to oil painting as a creative outlet. He painted around 800 canvases which are on display in museums and galleries worldwide.

In the late 1940s, Fischinger invented the Lumigraph, a visual instrument that created lights that accompany music. If you had the mental visual of the old Winamp and Windows Media Player, you get the idea. The lumigraph was used in the movie, The Time Travelers.

There is a lot of information on Fischinger which isn’t true because it has been duplicated online from very old sources. He died at the age of 66 in LA and the cause of death is said to be a heart attack. After his death, Conrad even built two more lumigraph machines in different sizes. His widow Elfriede and daughter Barbara gave performances with the Lumigraph in Europe and the U.S.

Most of his life’s work is preserved as its value is immeasurable. He’s still remembered for angering some of the biggest names in Hollywood including Walt Disney for his defiance to change his artistic aesthetic. He will be remembered for his best quote- “Music is not limited to the world of sound. There exists a music of the visual world.”