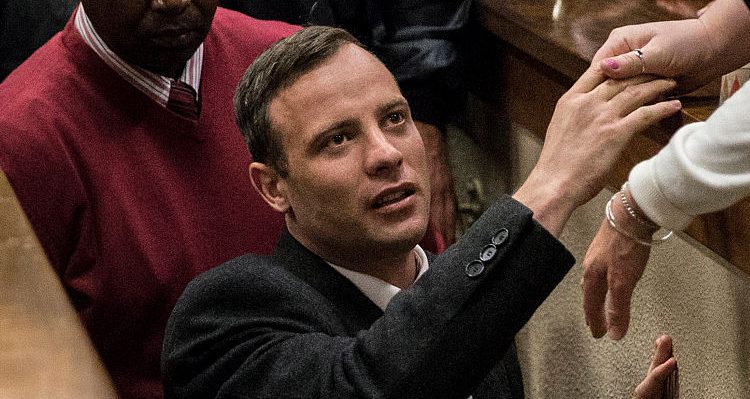 Who Is Oscar Pistorius?

Oscar Pistorius, 31, is a former Paralympics sprint runner and was born on November 22, 1986, in Johannesburg, South Africa. He was born to Sheila and Henke Pistorius, and his siblings are Aimee and Carl Pistorius.

Pistorius was born without fibulas (calf bones), so his parents made a difficult choice to have his legs amputated below his knees when he was only 11 months old. He is a gold medalist and has competed in both the Olympics and Paralympic games with outstanding results.

Blessed to have a friend like @arnufourie. Thanks for your support lately bud, pure class!

The athlete graduated from the University of Pretoria and went on to have an illustrious career as an athlete. And he never let his disability come in the way of his athletic success. He competed alongside the best, in both disabled and non-disabled events. At the Summer Olympics in 2012, he became the first double-leg amputee to compete in the regular Olympics. In 2014, Oscar Pistorius’ net worth was estimated to be around $5.0 million, but reports say that since the murder of his girlfriend Reeva Steenkamp (and all the legal fees that came with fighting the case), his wealth has taken a significant hit.

But what exactly happened on that fateful night when Oscar Pistorius’ girlfriend was killed? Read on for all the heartbreaking details below.

Oscar Pistorius and the Crime Scene

In 2013, on Valentine’s Day, Pistorius shot his girlfriend, 29-year-old model and law school graduate Reeva Steenkamp, four times through the bathroom door. He claimed he thought she was an intruder but some reports state that she was beaten before the shooting, which suggested foul play.

Pistorius, who was nicknamed Blade Runner, was charged with manslaughter and served only 10 months of his five-year prison sentence, and was later put on house arrest. Judge Thokozile Masipa originally sentenced him for culpable homicide in 2014 but was scrutinized for the seemingly low and “lenient” sentence.

The ruling was challenged, and in 2016, Pistorius was sentenced to six years in prison. The judge explained her seeming leniency, saying that Pistorius seemed genuinely remorseful and tried to apologize to the victim’s family.

“I am of the view that a long-term imprisonment will not serve justice,” Judge Masipa said at the time. “He’s a fallen hero who has lost his career and is ruined financially.”

Recently, Lifetime gave their own take on the events that occurred in their TV movie that depicted the case. The Lifetime movie Blade Runner Killer was based on the events of Steenkamp’s murder, and initially angered both families upon its release a few weeks ago.

A Loyal Fan Base

On Pistorius’ website, there are messages from his fans, which were written when he was first convicted. While they were sympathetic to his late girlfriend of a few months, they were mostly supportive and suggested his innocence.

One fan wrote, “Just wanted to offer some words of support to Oscar! Hang in there & ignore the media who seem interested only in drumming up sensationalism. At the end of the day no-one else was there at the time this tragedy took place. Be strong!”

Another user added, “I just want to say that my heart is broken for Oscar. I wish him the best of luck and pray for him and the all families involved. I can’t imagine being in his situation. He must let God handle it and trust the right verdict will be pronounced in a court of law. best wishes and God bless Oscar. He is such an inspiration to so many people. [sic]”

It was announced today that a South African appeal court has more than doubled Pistorius’ original sentence and he must now serve 13 years and five months in prison, ordered by the Supreme Court of Appeal (SCA).

Oscar Pistorius and Reeva Steenkamp’s relationship was allegedly on the rocks when the incident took place, and the family welcomed the new sentence.

“This is an emotional thing for them,” said, Tania Koen, a spokeswoman for the Steenkamp family. “They just feel that their trust in the justice system has been confirmed this morning.”

Pistorius is being held at the Atteridgeville Correctional Centre in Pretoria and wasn’t at any of the appeal hearings. He may be moved back to the high-security Kgosi Mampuru II Prison, given the new sentence.

Oscar Pistorius’ lawyers still have an opportunity to appeal the ruling to the Constitutional Court, the highest court in South Africa.

A South African appeals court on Friday increased paralympic champion Oscar Pistorius’ sentence for murdering his girlfriend Reeva Steenkamp to 13 years and five months. The Supreme Court of Appeal in Bloemfontein more than doubled his original sentence of six years after the state appealed that it was unduly lenient. The athlete was not in court for Friday’s ruling, where the court handed down the minimum 15-year sentence prescribed for murder in South Africa, then subtracted the years Pistorius had already served in jail. Photo credit: Siphiwe Sibeko/Reuters #OscarPistorius #SouthAfrica #Paralympic #Champion #Africa #TheGuardianNg