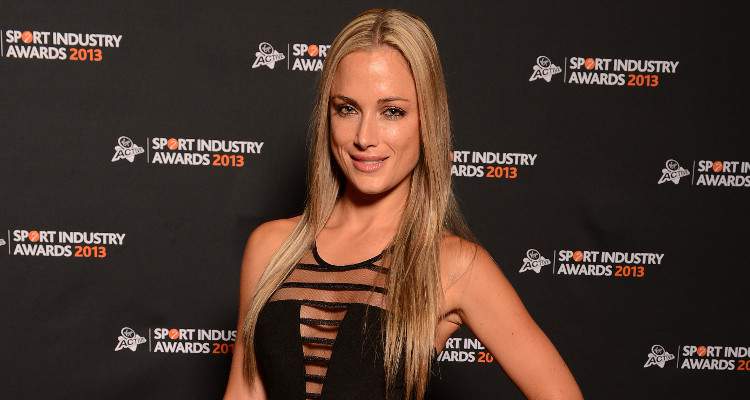 A new movie on Lifetime titled Oscar Pistorius: Blade Runner Killer has opened old wounds for the Steenkamp family. They feel that it wrongly portrays the events that led to the brutal death of their beloved daughter, Reeva Steenkamp, at the hands of her then-boyfriend, Oscar Pistorius. Despite Pistorius’ claim that he shot Steenkamp by mistake, the court sentenced him to six years in prison on July 6, 2016. Some believe that according to the crime scene photos, Steenkamp was mercilessly battered by Pistorius before he fatally shot her four times. Keep reading for more details in our Reeva Steenkamp wiki.

It’s been more than four years since the tragic and untimely death of Oscar Pistorius’ girlfriend, Reeva Steenkamp, in a shooting incident that made headlines all around the world. Oscar Pistorius and Reeva Steenkamp were in a close relationship when she was killed by Pistorius, who said that he mistook Steenkamp to be an intruder hiding in the bathroom of his home. On July 6, 2016, Pistorius was sentenced to prison for six years on the charge of murder.

The case is in the spotlight once again because of a new Lifetime TV movie titled Oscar Pistorius: Blade Runner Killer. It depicts the events that led up to the shooting of Reeva Steenkamp by Pistorius on February 14, 2013.

Dreams of Becoming a Lawyer

Born on August 19, 1983, in Cape Town, South Africa, to parents June Marshall and Barry Steenkamp, Reeva Steenkamp’s age was just 29 when she died. Her family moved to Port Elizabeth where Steenkamp attended St. Dominic’s Priory School after which she studied law at the University of Port Elizabeth. It later became a part of the Nelson Mandela Metropolitan University, and Steenkamp graduated with a Bachelors of Laws degree in 2005.

After completing her college studies, Steenkamp worked as a paralegal, as well as a model. She applied to the bar in late 2011 and was hoping to become a qualified legal advocate by the time she turned 30 years of age.

Given her stunning good looks, Steenkamp began modeling at the young age of 14 and appeared in FHM magazine as a cover girl. She was the first girl in South Africa to become the face of Avon cosmetics, and she also modeled for Sivana Diamonds, a jewelry company.

Behind the scenes with Princess Tam Tam and @LegacyLifestyle ❤❤❤

Steenkamp later appeared in several TV commercials for products like Clover “The One,” Toyota Land Cruiser, and Aldor Pin Pop. She was the live roaming presenter for FashionTV in South Africa for a while and was featured as a celebrity contestant on BBC’s lifestyle show, Baking Made Easy, in 2012.

Steenkamp soon became a regular A-list guest at many red carpet events on the South African celebrity circuit and a famous socialite on the Johannesburg party scene.

Steenkamp was dating Oscar Pistorius, a South African Olympic and Paralympic runner, when he shot her four times through the locked door of his bathroom on Valentine’s Day in 2013. but according to some reports, the Reeva Steenkamp crime scene photos show evidence that Pistorius may have shot her with an air gun and beaten Steenkamp with a cricket bat, well before he shot and killed her.

The photos show crucial evidence like a fresh bullet hole in the bedroom door, the wound of the same size on Steenkamp’s left arm, as well as the rifle used. They also show a series of injuries to Steenkamp’s body, including a grazed and swollen nipple, as well as wounds to her back, arms, and shins, which some believe is proof that she was battered before being killed by the four bullets Pistorius fired.

The Lifetime movie has upset the families of both Steenkamp and Pistorius because it depicts Pistorius’ rise to fame, the romance between him and Steenkamp, and the events of February 14, 2013.

@PulseSalonSA waves for last nights event. Go in and get a wash & style for your next event Cc @annie__p

In the trailer, Pistorius’ character is shown telling Steenkamp’s character that she needs to prove that she is “worthy” of him. A source close to the Steenkamp family has said, “They are horrified and upset to read a report that the movie is told from Steenkamp and her mother’s perspective. June Steenkamp was not approached by Lifetime to participate, comment or be part of the making of the film, and did not give the producers any assistance. Any impression that is created that this is June’s view, or that the movie is endorsed by the Steenkamp family, is untrue and incorrect.”

The sentencing of Oscar Pistorius brought some solace to the Steenkamp family, but they are still horrified and shocked that their daughter met such a cruel death. All the justice in the world cannot bring back to life their beloved Reeva Steenkamp and this Lifetime movie has put this controversial case back in the spotlight.