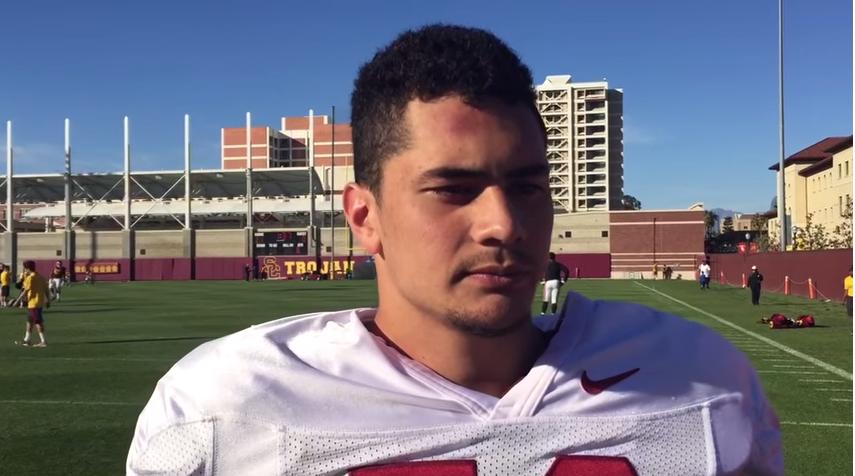 Former USC linebacker Osa Masina, who was accused of raping a girl and sending a Snapchat video of the instance, is now charged with the crime after he pleaded guilty. Osa Masina’s accuser finally got justice after a year and a half, and now Masina has been sentenced to three years in jail. Here’s what you need to know.

Osa Masina’s Snapchat video was an addition to his crime. He was sentenced in Salt Lake City, Utah, and though he was sentenced to three years behind bars, he will only be locked up for one. The sexual battery charges were filed against the player, after Masina’s victim came forward and spoke about the heinous things he did to her, while she was asleep and passed out from drugs and alcohol. Learn more in our Osa Masina wiki.

Why is Osa Masina Behind Bars?

Osa Chad Masina was a USC Football player; more specifically, he was the linebacker for the Trojans at the University. The 20-year-old got into a heap of trouble a little over a year ago, when he allegedly circulated a Snapchat video of himself raping a girl in his friend’s apartment in 2016.

The victim lawyered up and expressed her agony and pain in detail. She that he gave her Xanax pills, which she mixed with alcohol when she was with him at his friend’s apartment, and once before that when she was at a frat party with him in Salt Lake City, Utah. He allegedly gave her Captain Morgan, some wine, and Xanax, and she was already pretty “out of it” by the end of that party.

It is alleged that he led her to his ex-teammate Don Hill’s home and gave her more pills, and more alcohol, and this time she even smoked Marijuana. Though this was enough to knock anyone out unconscious, the victim reportedly remembers Masina forcing her mouth on his privates to perform oral sex on him. She claims she had fallen asleep and woke up to Masina reportedly “thrusting his erect penis into her mouth.”

She even claimed that he anally raped her.

He allegedly made videos of the disturbing act and sent it to her ex-boyfriend, who was also a football player at University of Arizona.

She went to the authorities with her case, and the investigations began immediately. In a search warrant, the officials gathered his DNA sample, too.

The hearing was in December 2017, and now, after pleading guilty and reportedly apologizing to the woman and her family for his actions, Osa Masina is facing jail time. He will be locked up until next year, after which he will be on probation for two years.

“The defendant, should he get one more (sexual related) misdemeanor crime in the future, he will have to register as a sex offender.” Judge Kelly had said in October this year during the hearing.

Osa Masina’s updated sentence came as a bit of a let down to the victim, but the judge Keith Kelly suspended jail time for other crimes but one, and added that he take a psychosexual evaluation. “I’m persuaded by the state that the aggravating factors are very serious,” said Kelly. “They caused significant trauma to the victim.” He will reportedly be serving 365 days in prison.