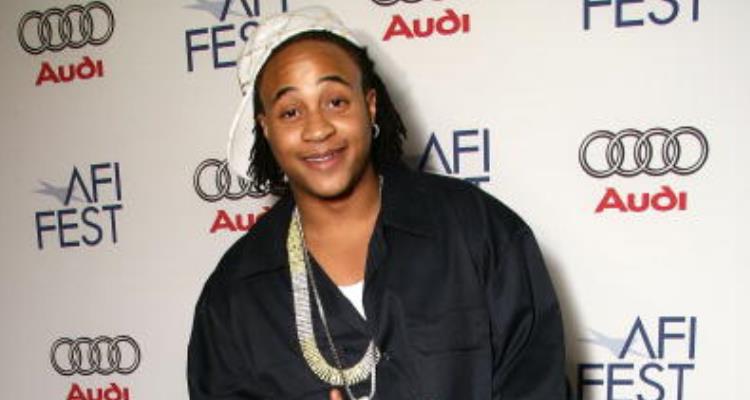 Orlando Brown got into a verbal screaming match with his current girlfriend and her mother on the morning of Thursday, January 18, 2018. He ended up in handcuffs for a 2016 case pending against him when the police arrived. Even though everybody is eager to know Orlando Brown’s girlfriend’s name, there seems to be no information about her. Brown had been in trouble in the past when he had threatened a woman and her family with violence, after banging on her door in 2014.

Orlando Brown is in trouble with the law again. On the morning of Thursday, January 18, 2018, Brown was arrested by the police after an argument broke out between himself, his girlfriend, and his girlfriend’s mother, at around 8:00 a.m. These details are mentioned in the Barstow Police Department press release that was obtained by People magazine.

When the police officers conducted a warrants check on all three of them, they found that Brown was already wanted by the Torrance Police Department on charges of alleged battery, resisting a police officer, and possession of a controlled substance. These charges were filed against him in 2016.

As a result, Brown was booked into the San Bernardino County Sheriff’s Department Barstow Jail, and his bail was set at $25,000. Although there is no information about Brown’s girlfriend, her mother, Tanya Avon Henson, was also arrested at Brown’s apartment on January 18, according to sources.

Who Is Orlando Brown’s Girlfriend?

All this has made people wonder about Orlando Brown’s girlfriend, and they are curious to know more about her. His girlfriend and her mother reportedly got into a shouting match with the actor, which led to the police arriving at his apartment and arresting him for a completely different case.

According to sources, his arrest stemmed from a case in 2016, when he allegedly struck his girlfriend in a police parking lot in Torrance, California.

As of now, it is unclear if the girlfriend he was arguing with on January 18, 2018, is the same one he allegedly struck in Torrance on January 17, 2016. His girlfriend’s name does not appear in any documents available in the public domain.

Orlando Brown had taken to Instagram (with his girlfriend) in February 2016 to laugh off the allegations that he had struck her. He posted a video on Instagram where he was sitting in the front seat of a car, and his girlfriend was driving.

Brown said in the video, “They say I beat my woman.”

The actor posted six more Instagram videos where he pleaded his innocence and maintained that he had not struck his girlfriend.

Brown said, “Baby did I beat?” His curly-haired girlfriend (who was not named) was seen smiling and shaking her head in the video.

Before the video ended, Brown said, “So damn funny,” and laughed as he put his cigar in his mouth.

The video was captioned, “We ain’t got no worries.”

Waking Up the Neighbors

In 2014, Brown had been in trouble with the police when a woman complained that he had threatened to kill her and her daughter.

According to police documents, Brown was taken into custody on July 24, 2014, in North Hollywood, after he allegedly went the woman’s home, banged on her door, and shouted that he was going to “kill you, your mama, your daughter, everybody.” However, he was let go when he entered into a plea deal with the prosecutors and paid a minimal fine.

Unfortunately, there is no information about Brown’s girlfriend with regards to the incidents that occurred in February 2016 and January 2018. So, we cannot give you any details about her.

According to sources, Orlando Brown’s ex-girlfriend was an American actress named Anneliese van der Pol. They were reportedly together between 2001 to 2004, but later went their separate ways.

Could the latest arrest and time spent in the slammer force Orlando Brown to do some introspection into his life? Only time will tell.