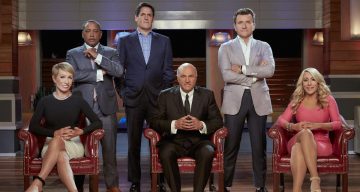 Ora Organic is determined to make this world a healthier place by offering various nutritious and healthy products. After their failed deal on Shark Tank in February 2017, Ora Organic is surviving on its own. Find out more about the plant-based supplement company, as we’ve got an Ora Organic update for you here!

What Is Ora Organic?

“When we began searching for supplements that matched our high standards for food we quickly realized there was a huge problem in the space. Companies were bottling cheap, synthetic chemicals in ugly and unsustainable packaging – making the whole supplement experience an unenjoyable mess.

Ora Organic was created by and for healthy foodies to replace synthetic supplements with nutrients from organic & sustainable sources. That means omega-3 from microalgae and protein from plants!”

The team at Ora Organic consists of founders Will Smelko (the company’s team and thought leader), Ron Chang (a chef and flavor matchmaker, who handles the sales), and Erica Bryers (the brand’s CMO).

All of Ora Organic’s products are vegan and non-GMO (Genetically Modified Organism), as well as gluten and soy-free, and they are made with organic, plant-based whole foods. They mostly have non-pill products that come in a spray or powder format.

Fun Fact: Their products come in compostable packaging containing wildflower seeds, so that consumers can throw the empty box in their garden and flowers can grow!

Ora Organic’s protein powder is plant-based with over 20 organic superfoods. It contains digestive enzymes to support digestion but has no added sugar, fillers, artificial flavors, colors, or preservatives.

Will Smelko and Ronald Chang of Ora Organic appeared in season 8 of Shark Tank. The sharks agreed that their products tasted good and were impressed that the company had around $415,000 in sales in less than a year.

However, Robert Herjavec brought to the other sharks’ attention that this industry is very competitive and stepped down from making an offer. And Daymond John didn’t want in because of the founders’ “unrealistic” pitch.

Lori Greiner was concerned about their marketing and she didn’t like their simplistic packaging, so she also declined their offer. Meanwhile, Mark Cuban wasn’t happy that they were too dependent on being a different brand and also opted out.

The founders then made a final offer of $500,000 for 10%, which O’Leary declined. In the end, Smelko and Chang didn’t accept his offer.

When Smelko and Chang agreed to appear on the show, they were looking for a $375,000 investment and a 5% stake in the firm.

In October, the company will be introducing a new product—apple cider vinegar tablets. Besides selling organic supplement products, Ora Organic also has a blog that caters to their customers’ curious minds. They also give insight into various vitamins, health tips, and general suggestions.

Ora Organic was the winner of the 2017 NBJ Small Company Growth Award.

In the Fall of 2016, Ora Organic started exhibiting their products at the Natural Products Expo East. The company’s sales went up to 400% last year and they have the same hopes for 2018.

Well, they certainly got what they wanted! Reportedly, Ora Organic is valued at almost $10.0 million now!

Although the deal with Shark Tank didn’t work out, Ora Organic’s email list grew by seven times. Their sales were three times more than their highest grossing month before they came on the show!

Many investors got in touch with Ora Organic, and they received really good feedback following the show. Their marketing campaign and introduction to their brand are truly impressive and their video advertisements are catchy and hysterical!

In the video below, Ora Organic explains what goes on in the making of their products. Check it out and you might become a believer in Ora Organics, too!