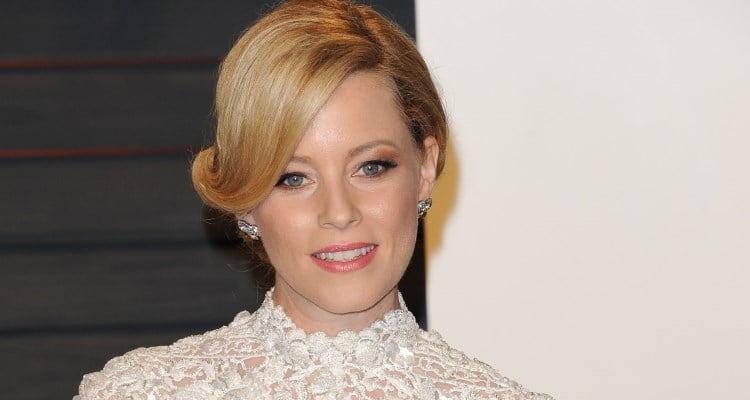 Elizabeth Banks is one feisty woman. Check out her entry at the 2016 Democratic National Convention, where she took a big dig at Donald Trump. She made her entry to Queen’s, “We Are The Champions”, while a fog machine blew, shrouding her in smoke. She swayed and clapped her hands as she imitated Trump’s entry at his rallies. While the Democratic delegates cheered and clapped, not everyone was happy. The band Queen has already raised objection to Trump using their song at his rallies. They are probably just as pissed with the Democrats for using their song, as well.

In her speech that was laced with humor, Banks took another swipe at Trump by comparing him to her character, Effie Trinket in The Hunger Games. By comparison to this character she has played, Banks slyly called Trump ego-maniacal, cruel and a wig wearer. Her first line was “You know, I don’t usually say this about Donald Trump but that was over the top.” She joked about buying the fog machine for $30.00 from eBay before getting down to serious business. She gave thumping support to Hillary Clinton saying several good things about her. She called Hillary smart, committed and a tough woman. She said that unlike Trump, Hillary cared for others. Like girls, children, women, cops and first responders. She said Hillary was inclusive and cared about quality health care reaching every person in America.

Banks recalled her own humble background as a girl growing up in Massachusetts. She recalled the time when she and her future husband went on a date to a Bill Clinton rally. She saw Hillary for the first time and that blew her mind. Since then Banks has always fought for Hillary. Fighting is something that Banks knows all to well. She made her film debut in the low budget independent film, Surrender Dorothy, before acting in more mainstream films like, Wet Hot American Summer, the Spiderman trilogy, Seabiscuit, The 40 Year Old Virgin and Pitch Perfect. She hit it big time when the Hunger Games films exploded at the box office. Finally Banks had arrived. While doing blockbusters like the Hunger Games, Banks also did some small but quality films like Meet Bill, Bus Stop, Love & Mercy and Invincible. She did some TV series as well like Stella, Scrubs and 30 Rock.

Banks didn’t just stop at acting. She is a producer and director, as well. She directed Pitch Perfect 2, which garnered about $69.0 million in it’s first weekend run at the box office. This is a record for a first time director. At the convention, Banks unveiled a song created by many celebrities especially for Hillary Clinton. The delegates got to watch Elizabeth Bank’s “Fight Song” at the DNC. It’s called “Our Fight Song” and has a positive and catchy feel to it. The colorful video was a thundering success at the convention. This song is sure to motivate Hillary’s supporters in all areas of the country.

Banks is happy in her personal life, which showed at the convention. She is married to writer Max Handelman and they have two children together. After her marriage, Banks began practicing Judaism and has studied with rabbis. She says there is no need to convert to Judaism because she was already doing rituals before her marriage.

Fans of Banks should rejoice that she has some big movies lined up for release. The Hunger Games sequel is on it’s way. She is going to appear in the Power Rangers new movie and in the all women remake of Ocean’s Eleven. Banks is a strong and ambitious person. In her roles as actress, producer and director, Banks is all set to becoming a big moves player in Hollywood.