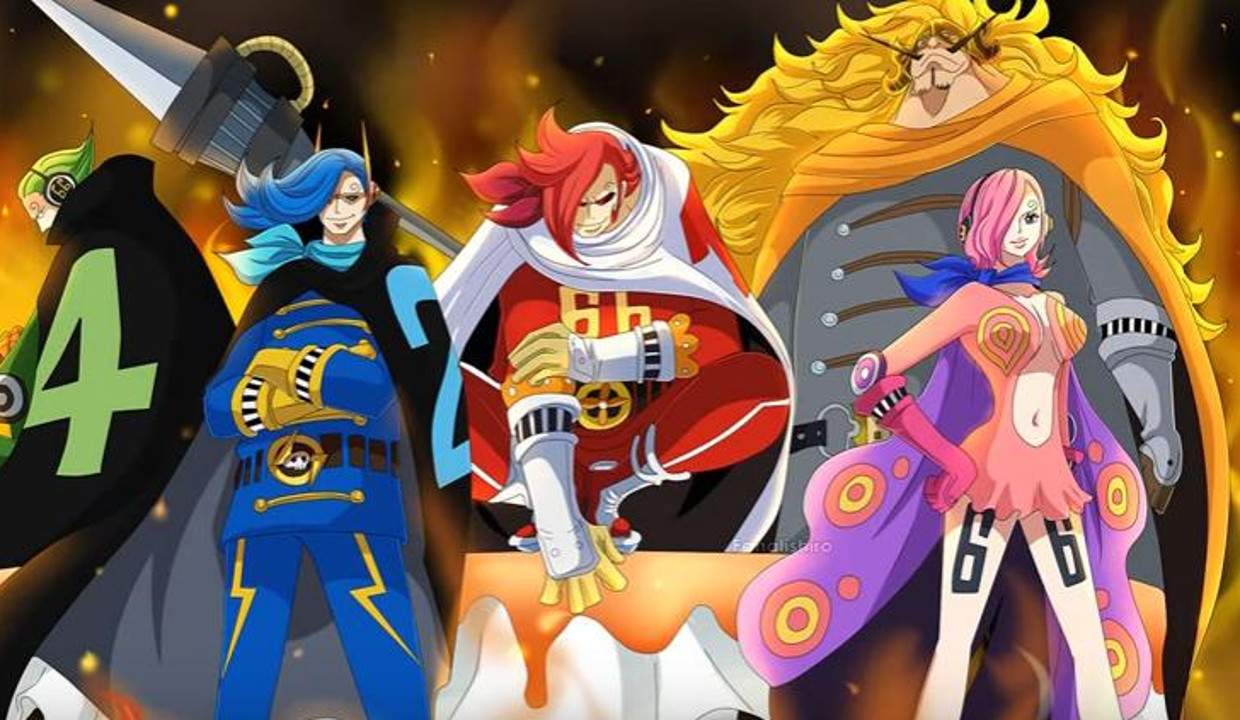 If this week is going by too slow for your liking, we’ve got something that will get you psyched. One Piece 898 brings back the best antagonists that fans can’t help but love. Here’s what’s going on at Cacao Island now!

We’re only moments away from the release of One Piece chapter 898, and the excitement can’t be contained. Manga enthusiasts are firing up plot predictions for the upcoming chapter and boy, are they good! After that last scene from chapter 897, we can anticipate something epic. We’ve got One Piece 898 spoilers and plot predictions for you right here. But first, here’s a recap of what went down in chapter 897.

We Only Got Four Minutes

The Big Mom Pirates are lying in wait for them, and we’re introduced to the Totto Land “Grand Fleet.” Smoothie, the only remaining Sweet Commander of Big Mom’s Pirates, orders her fleet to corner the Straw Hats from the rear.

On Whole Cake Island, Mont D’Or orders an unseen individual to prepare the transponder snails after hearing of the situation on Cacao.

Back on Cacao Island, Sanji is waiting for Luffy, but our hero is still in Mirro-World with Pekoms. It’s safe to assume that Pekoms is no longer on Big Mom’s side.

Pekoms warns Luffy about his Sulong form. If Pekoms does transform, he’ll lose all his sense of reason and go on a rampage. The only one who can control Pekoms in his Sulong form is Pedro (who we’re not sure is alive at this point).

Nevertheless, Pekoms is going to help Luffy honor Pedro’s sacrifice. With his Sulong form, he plans to create a distraction while Luffy gets away. And Pekoms promptly shuts Brulee up for which we love him.

On Cacao, snipers have their guns pointed at the mirror waiting for Pekoms and Luffy. Sure enough, Pekoms breaks through the mirror with Brulee as his human shield.

But there’s no Luffy with them!

Ignoring the Big Mom’s Pirates, Pekoms looks up at the full moon, preparing to transform into his Sulong form. But before he could transform, Oven suppresses him with his Heat Wave Fist.

In the process, he knocks out Luffy from his hiding place. While Sanji tells the other Straw Hats over a transponder snail that he has Luffy in sight, the Straw Hats captain tries to escape.

However, Raisin blocks his escape until Sanji jumps out and saves him. Sanji and Luffy escape while some Big Mom Pirates pursue using Geppo.

On the ground, other pirates try to gouge out Pekoms’ eyes so he can’t look at the full moon and transform. Distracted by Pekoms’ agonizing cries, Sanji and Luffy are attacked by Yuen.

Just when Sanji and Luffy are cornered, an explosion occurs at the docks and burns all the ships.

Who do you think can make such an explosive entrance and catch everyone’s attention? It’s the Vinsmoke children with the Germa 66, of course!

You can only imagine the Big Mom Pirates’ shock and the readers’ excitement when Germa 66 arrived at the end of chapter 897. The Big Mom Pirates assumed that the Germa Kingdom was destroyed hours ago.

The Germa fleet is gearing up to attack once more while the Vinsmoke children surround Luffy and Sanji. Ichiji thanks the Big Mom Pirates for the “tea party” (note the sarcasm) and ominously tells Sanji they are here to “shake things up.”

The possibilities about what the Vinsmokes will shake up are endless. Fans are not even sure if the Vinsmokes have the ability to take down Big Mom’s children.

Fans are also anticipating that Smoothie will finally reveal her powers in the upcoming chapter. Now that Luffy has gotten rid of the other two Sweet Commanders, Cracker and Daifuku, she’s the only one who has yet to reveal her strength.

The only one who can help Luffy and the Straw Hats get out of their sticky situation is Pekoms. Fans predict that he’ll complete his Sulong transformation but won’t be able to control it. If he can’t revert to his original form, Pekoms could be dead in this chapter.

Fans aren’t prepared to lose Pekoms after what happened to Pedro. We’ll just have to read One Piece 898 and cross our fingers that Pekoms makes it!