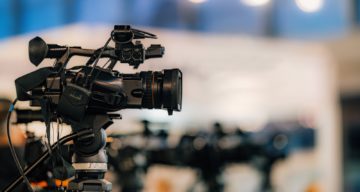 Dave Zawilinski has always been a bright spot in the morning for Omaha residents. People have watched him for eight great years on WOWT’s Daybreak. But since September 12, 2022, viewers haven’t seen him on their favorite morning show. That made them think that Dave Zawilinski was leaving WOWT 6 News Live. Fortunately, the anchor has addressed all questions about him leaving WOWT’s Daybreak. Here’s what the news anchor had to say.

Dave Zawilinski was born and raised in Connecticut. He attended Drake University and earned a degree in radio and television in 2005. His start in TV was as a sports intern at WOI in Des Moines, Iowa, right after he graduated from college.

Zawilinski joined Local 5 News We Are Iowa (WOI-DT) in 2005 as a sports reporter and fill-in anchor. In 2010, he became a weekend sports anchor. He won an award for his sports coverage of the Pinstripe Bowl in New York and two ESPY Awards. In 2012, he became the sports director at WOI. Moreover, he has covered several NCAA tournaments and bowl games since then.

The sports anchor then joined WOWT Omaha in October 2014 as a morning news anchor. He hosts the morning newscast of WOWT 6 News Live at Daybreak.

On September 9, 2022, the anchor announced he was leaving Daybreak. There are speculations that Dave Zawilinski is leaving WOWT. But the anchor has clarified that he is leaving the morning team and transitioning into a new role.

His last day on the morning show, Daybreak, was September 9, 2022. Veteran Omaha news anchor Craig Nigrelli has taken his spot on Daybreak since Monday morning. In the coming weeks, Dave Zawilinski will be helping to launch and anchor a 3:00 p.m. newscast on WOWT. You can also continue to catch him live at 11:00 a.m.