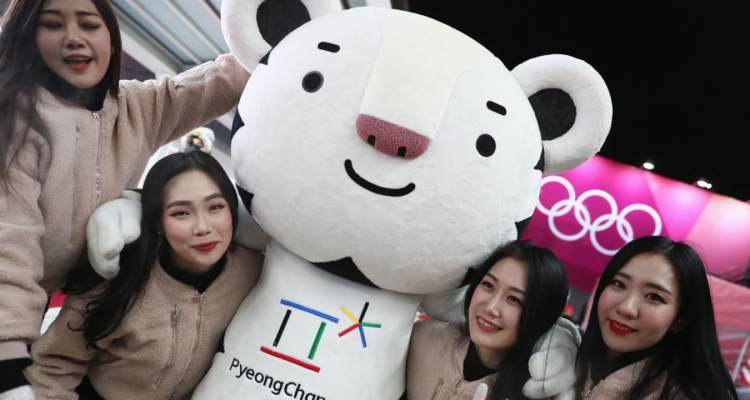 Winners are receiving stuffed animals at the Winter Olympics 2018, and many are wondering what happened to the traditional medal giving ceremony. So, why are Olympians getting stuffed animals instead of medals? Medals are still being given every night to the day’s winners, but first, they receive a stuffed replica of Soohorang, the official mascot of the Games. You can’t find a friendlier tiger anywhere in the world!

The Winter Olympic Games 2018 are in full swing. Winners are being celebrated and feted on the podium, but tradition was broken when it comes to what they receive.

People who are watching the post-event victory ceremonies are surprised to see small stuffed animals given to the winners. What’s going on at Pyeongchang? Why are the winners getting cute stuffed tigers as rewards instead of the standard gold, silver, and bronze medals?

Keep reading to get the full scoop, right here!

Why Stuffed Animals Instead of Medals?

Don’t worry! The traditional medal giving ceremony hasn’t gone out of fashion. Winners will get their respective Olympic medals later.

The winners are getting cute stuffed tigers who wear even cuter, tiny hats with little paper flowers attached to them. The stuffed tiger is a representation of Soohorang, the official mascot of the Pyeongchang Olympics.

A Friend to All

The official Olympics website says that Soohorang “not only has a challenging spirit and passion but also is a trustworthy friend who protects the athletes, spectators and all participants in the Olympic Games.”

A Sense of History

The tiny, colorful little paper flowers are there for a historical reason. They represent Uhsahwa, a paper flower that was given to those who passed national exams during the Joseon Dynasty (1392-1910).

No Need to Be Alarmed!

There is no cause for alarm since the medals are very much still a part of the Olympic Games and are presented to the deserving winners. The stuffed tigers are a replacement for the floral bouquets that are traditionally given to modern-day Olympic winners.

So, say “hello” to Soohorang and enjoy the games!