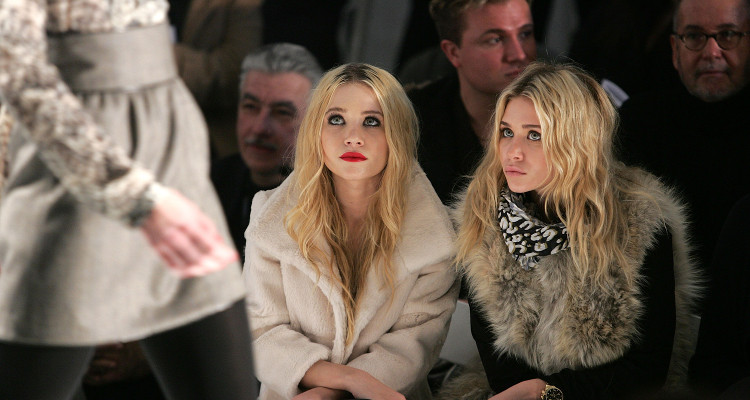 The Olsen Twins’ sisterly bond is legendary in Hollywood. There was never one without the other. But lately, Mary-Kate and Ashley haven’t really been seen together in public. That changed at last night’s Met Gala 2017.

By show of hands, who misses the Olsen Twins? Mary-Kate and Ashley Olsen hit the glitzy red carpet of the 2017 Met Gala. Their fashion choices have received mixed reviews, but who cares! Mary-Kate and Ashley are together! How often do we see that? Not that there has ever been a falling out with the sisters. They’re just busy with their personal lives. Catch up on the Olsen Twins’ net worth and more right here.

Mary-Kate and Ashley were born in a large family. They have an elder brother, Trent, and a younger sister, Elizabeth, as well as a half-sister, Courtney Taylor, and a half-brother, Jake.

They were mere nine-month-old infants when they were both cast to play Michelle Tanner on the hit ABC sitcom, Full House. To comply with child labor laws, the sisters took turns to act as Michelle. We saw them grow until the show ended in 1995. They continued to expand their acting credits with shows like Two of a Kind and So Little Time and feature films like New York Minute. Ashley quit acting to focus on their business when she was 18. Mary-Kate continued to act for a few years, her latest flick was the modern teen version of Beauty and the Beast, Beastly (2011) starring Vanessa Hudgens and Alex Pettyfer. The sisters also refused to return to the Netflix rehash of their old claim to fame, Fuller House.

The Olsen Twins were popular figures in the teen market. Their name was extended to not only movies and shows, but also merchandise targeting their pre-teen and teen fans. On their 18th birthday, the sisters became co-presidents of the company, Dualstar and released straight-to-video movies.

They established themselves as fashion icons, taking many influences from the boho-chic style. They launched their own culture fashion label called The Row, and a separate vintage fashion collection. They’ve got various other clothing lines, but The Row remains their biggest. The 30-year-olds sported bohemian style outfits and vintage jewelry from their brand at the Met Gala last night (May 1).

Their retail empire is said to be worth $1 billion and they reportedly don’t pay their interns. But they’ve been praised for giving the best working conditions possible for their employees. They’ve been ranked in various lists by Forbes for their star power and net worth of a combined $400.0 million. Their sister, Elizabeth (aka Scarlet Witch from the Marvel Cinematic Universe) is still getting there with her net worth of $5.0 million.

Many still ask this question even though Mary-Kate and Ashley have been very open about their personal struggles. The curse of early fame brought enough drama in their life to fill dozens of autobiographies about each of them. The sisters felt like “monkey performers” when they look back at their child-acting days. Mary-Kate didn’t quit acting when her sister did, and often spoke about her pubic battles in interviews.

Ashley, who is two minutes older than her sister, remained relatively trouble-free while Mary-Kate’s problems were in the public spotlight. She struggled with an eating disorder and, after the death of their close friend Heath Ledger, she imposed a media silence on herself. Mary-Kate quietly checked herself into rehab to deal with her eating disorder. She’s now married to her French banker beau, Olivier Sarkozy.

Ashley, on the other hand, has had a few rumored romances, but hasn’t gone public with a relationship just yet. When she was 28, reports claimed she was diagnosed with Lyme disease though she hasn’t confirmed it herself.

Some even ask, why do the Olsen Twins look so old? They stay in the celebrity scene with red carpet appearances, and people began to notice the designer sisters don’t look the same, giving rise to plastic surgery rumors. Some also attribute it to their personal health struggles. As always, they keep their private lives low-key without addressing these rumors, but their fans continue to ask why the fraternal twins look so drastically different from each other lately.

Deciding to stay in the public eye as little as possible, they avoid social media. So, you won’t be seeing any Instagram posts from these girls. And unlike in the past, no longer are their faces plastered on various products. They let their designs do the talking and were even honored as womenswear designers of the year at the 2012 Council of Fashion Designers of America Awards.