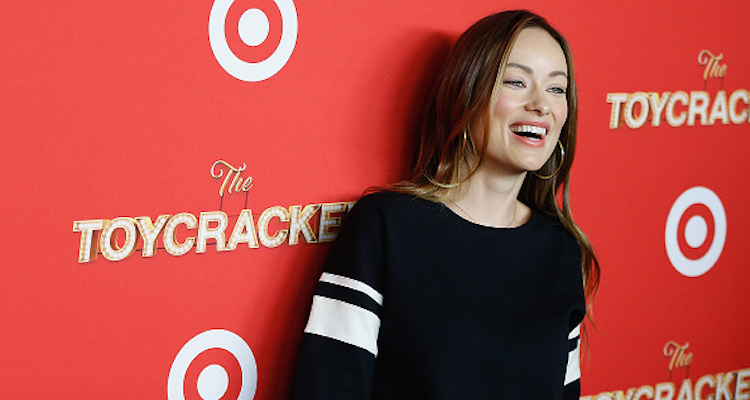 Born in New York City to two successful journalists, Olivia Wilde, born Olivia Cockburn, has an estimated net worth of approximately $12 million. She actually comes from a family of writers and journalists, both in America and from her father’s English/Irish upbringing. It’s from that Irish descent that Olivia decided to change her last name to Wilde, in dedication to Irish playwright Oscar Wilde.

Wilde’s income stems largely from her roles as an actress. This may seem a bit odd seeing how so many celebrities leverage their name into other ventures and endorsements to increase their earnings. But then again, it’s not so strange when you consider that Wilde comes from such an artistic family. It’s also pretty inspiring when you see where she opts to use her fame.

Though she was born in New York, Wilde’s family raised her in DC and Massachusetts before she moved to Los Angeles at the age of 18 to pursue her career in acting. Prior to that, she would spend her summers in Ireland with her grandparents where she attended acting school.  Her father’s Irish upbringing allowed Wilde to hold dual citizenship.

Though Wilde is probably most known for her role on the popular TV series House, she found early success as an actress upon moving to Los Angeles. Her talents were first discovered while she was working as an assistant at a casting agency. She was given an opportunity to audition and ended up with the lead role in a Jerry Bruckheimer-produced series called Skin.

That series ultimately failed, but it propelled Wilde to what would be one of her most popular roles as a bisexual teenager named Alex Kelly on the mega-hit TV drama The O.C. That was in 2004 to 2005, during which time she also appeared in films The Girl Next Door and Alpha Dog. It was just a couple years later when she would land her role in House as Dr. Thirteen Hadley, which she kept till 2012.

More acting gigs kept popping up for Wilde. She starred in Year One with Jack Black before her grand role in Tron: Legacy in 2010. In the popular Disney film, Wilde depicted a protector named Quorra and the role bolstered her status in Hollywood. The film went on to earn just over $400 million in worldwide box office collections and was even nominated for an Academy Award (for best sound editing).

It was shortly after her Tron: Legacy lead that Wilde decided to split from her husband of eight years, an Italian prince named Tao Ruspoli. They were married when Olivia was just 19 and parted ways without much incident, with both their assets being split equally. The divorce turned to be a blessing in disguise for Wilde, because today she’s happily married to actor Jason Sudeikis and the celebrity couple welcomed their son in April 2014.

Dress up to get down.

Activism has been a huge focus for Wilde. She partnered with Artists for Peace and Justice after the 2010 earthquake that rocked Haiti. The mandate of the non-profit organization is to provide education and health care to the devastated nation. Olivia Wilde has also lent her voice to a documentary titled Half the Sky, which focused on the global oppression of women. She is also the cofounder of Conscious Commerce, which states its position as bringing “awareness to everyday purchases that have a transformative impact.”

With Wilde now starring in the acclaimed HBO series Vinyl, her career seems to continue on an upward trajectory. And other than being named as number one on a Maxim top 100 Hot list in 2009, Wilde has kept her focus primarily on acting and her activism. Olivia Wilde’s net worth of $12 million is well deserved and shows that it doesn’t take multiple endorsement deals to pocket millions.

That being said, she did manage to secure one major deal—in 2011, Wilde was named as a brand ambassador for cosmetic giant Revlon. Although not much is known about how much she pocketed from the deal, there’s a good chance that being one of the famous faces for the brand added a pretty penny to Olivia Wilde’s net worth!