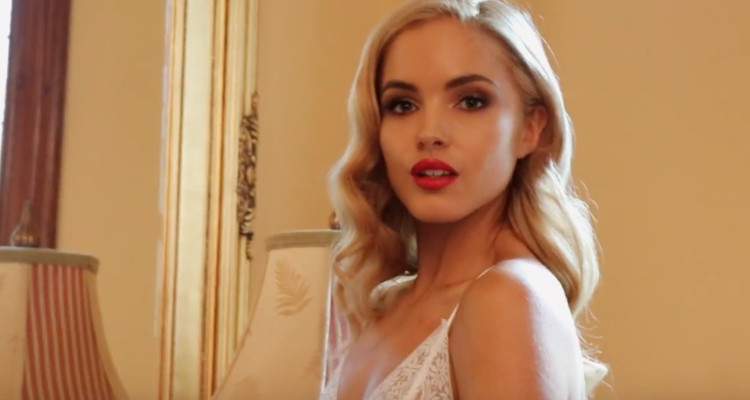 With the Miss Universe 2017 pageant just around the corner, anticipation is building and everyone wants to know more about the contestants. Miss Australia happens to be one of the favorites this year. To learn some interesting facts about this lovely lady, read on for Olivia Rogers’ wiki.

Olivia Rogers’ nationality is Australian and this year, she is a contestant for the Miss Universe 2017 crown. So, as usual, we’ve done the heavy lifting and have some fun and interesting facts about her in our Olivia Rogers wiki.

Born on March 17, 1992, in Adelaide in South Australia, Olivia Rogers’ age is 25. She is a model and speech pathologist who has been modeling since the age of 17. Having won Miss Universe Australia 2017, she will be representing her country at Miss Universe 2017.

In July, when she bagged the Miss Australia crown, she came forward and publicly spoke about her battle with anxiety and depression. She also went on to speak about her father and his mental health. In an interview with Sunday Mail, she revealed, “My dad has bipolar. I haven’t actually spoken about it publicly before. He’s a doctor and I think there’s a stigma around bipolar where people think that people with it can’t function. They picture a man who’s stuck in bed, unable to do anything. But Dad is working full-time, helping people every single day, and he’s just amazing.” She was always greatly concerned about mental illness and revealed that her family openly spoke about it while she was growing up, “I probably first became aware of it when I was about 11. We sat down with my grandpa, who is a doctor as well, and he explained it to us kids. They’re medical professionals, so they’re both quite practical about it.”

She went on to speak about her father saying, “It can be really tough, but I treat it like any other disease. If he had cancer and it kept popping up, I wouldn’t run the other way, I would do all I could to help him. It’s the same with mental illness – you’ve just got to be there. For others in the family who are around someone struggling, it can be difficult to separate the person from the illness at times. You really have to be able to say ‘I hate this illness right now, but I love this person’. I think we all have a long way to go, but we are getting better.”

Rogers also revealed that she was deeply affected when her parents, Nicky Klemich and Dr. Mark Rogers, parted ways when she was only eight years old. She is the middle child and has two siblings: Eleanor and Oscar. After her father remarried, she became an older half-sister to Jack and Harriet.

Olivia Rogers is in a blissful relationship with Andrew Pretto, who works in commercial construction, “I was in Melbourne for a photo shoot and we met on Tinder. I wouldn’t go on it in Adelaide because everybody knows everyone.” Even after swiping right, the two didn’t meet until he went to Adelaide to see his cousin. She went on to say, “I didn’t think he would be very nice. I thought he is very attractive and I thought he would be really arrogant, but he was absolutely lovely and he started coming back to Adelaide very regularly and everyone was like ‘Ooh, he really likes his cousin.’” Later, she added that the two dated long-distance for about 18 months. Pretto and Rogers are the same age, and he is extremely proud of her achievements. While speaking about her Miss Australia win he said, “It was such a whirlwind, just a really exciting night. I was always confident she’d do well. She made me so proud last night, not just me but her family and her state and the country as well.” The adorable couple celebrated her victory with bubbles and Big Macs.

Olivia Rogers’ hot pics can be found on her Instagram where she posts fairly regularly.

Two days & twenty two hours til the Miss Universe final ? thank you so much to everyone who has voted for me & sent such lovely messages of support. I am so grateful to be here in Vegas, it’s a once in a lifetime experience and I am loving every minute. I️’m so excited for my family to arrive tomorrow ❤️ @missuniverse #missuniverse @southaustralianstylemag @streetsmith

We have been rehearsing for another 9 hours today on the big stage – it’s looking sooo good ahh!! Only three days til the big finale ? and two days left to vote!! You know the drilllll ? link in my bio ???? @missuniverse #missuniverse @phvegas #australia #missaustralia

It’s day two for online voting ☺️?? thank you to all of you who have voted already!! You can vote up to 10 times a day for 3 more days by following the link in my bio ???? @missuniverse @missuniverseaustralia.official #missuniverse #missaustralia @nick_clicks ?

Standing backstage in a bikini with 92 other girls today was amazing. Not one girl has the same shape as another, we are all SO different – different boobs, bums, legs, stomachs, arms. The one thing we do have in common is that every single girl absolutely rocked it on stage!! ?????? One of the greatest things about the Miss Universe competition today is that we are all encouraged to be confident and to be the best version of ourselves. Size is completely irrelevant! The fact that we celebrated the night with copious amounts of pizza is proof.. ? I am so proud to be a part of Miss Universe and everything it stands for. #bodyconfidence #positivebodyimage #embrace @missuniverse #missuniverse #confidentlybeautiful

I have always been proud to be Australian, but today I am bursting with Pride ? sooo happy that we have finally said YES to marriage equality ☺️?? It took us a while but we got there in the end ?❤️???? #loveislove #marriageequality #australiasaysyes #missuniverse #missuniverseaustralia @missuniverse

Olivia Rogers managed to rise above her troubles, and chose to overcome them. Today, she is an inspiration for everyone who suffers from mental health issues, or have loved ones who do. Here’s wishing her luck for the Miss Universe pageant!