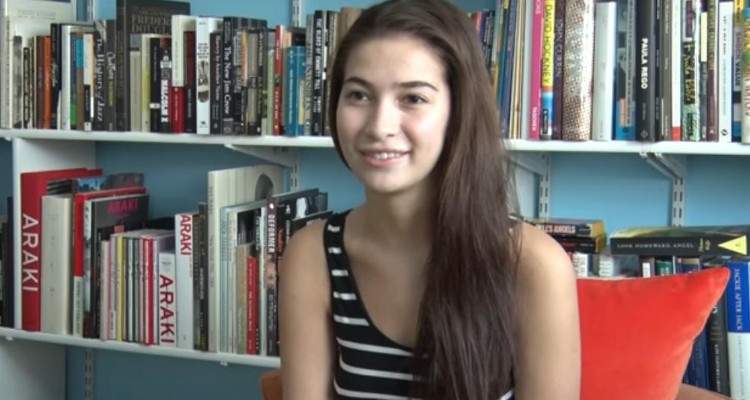 Adult film actress Olivia Nova succumbed to an untimely death in Las Vegas. She was only 20 when she was found dead on January 7, 2018. Not long before her passing, she was talking about being alone on the holidays.

Olivia Nova’s cause of death and details about the tragedy have not been disclosed yet. But, we do have other information about this young lady gone too soon, right here, in our Olivia Nova wiki.

Her Agent Announced Her Death

Olivia Nova, born Alexis “Lexi” Rose Forte, was originally from Minnesota and found dead at a house in Las Vegas on Sunday. She was 20.

The adult film star’s modeling agent issued a statement about her death with initial details.

“While only represented by Direct Models for a short period of time, we came to know Olivia as a beautiful girl with a very sweet and gentle personality. Another one, way too young, we are beyond shocked and most certainly, it was completely out of the blue. Rest in peace, sweet angel,” read the statement.

Her Boyfriend Died Not Long Ago

Back in September, Nova gave an interview about working in the industry. After modeling in her teens, she started her adult movie career in March 2017.

Nevertheless, Nova had plans for the future outside of adult films. She wanted to return to school, and her goal was to launch a nonprofit within 10 years.

Music was also in the cards, and Nova maintained a YouTube channel for her singing.

She Made Plans for a Future

Nevertheless, she had plans for the future outside of adult films. She wanted to return to school and her goal was to launch a nonprofit within 10 years. Music was also in the cards, and she maintained a YouTube channel for her singing.

There’s a GoFundMe Page for Her

A 23-year-old August Ames reportedly killed herself in December. Then, 31-year-old Yuri Beltran died of a suspected drug overdose in November. And that same month, Shyla Stylez, 35, who retired from adult movies a year before, died in her sleep.

The coroner is yet to announce the cause of Nova’s death, but it isn’t considered suspicious. She died in a house that was not her own. Also, the results of her autopsy will not be revealed immediately.

Nova is survived by her mom, Leslie; a 17-year-old brother, David; and a little sister, Macie, who’s seven. There’s not much known about her family except that they live in Minneapolis, whereas Nova lived in Las Vegas.

Olivia Nova’s mother will make the trip to Las Vegas to bring her daughter back to Minnesota, where she will be laid to rest. She also has the heartbreaking responsibility of going through her daughter’s belongings and bringing Nova’s beloved dog, Rocko, with her.

The family doesn’t have the capacity to bear the costs of traveling to Las Vegas and back to Minnesota, moving Nova’s personal effects, and the funeral. So, they’ve set up a GoFundMe page to raise $8,000 for the former model’s funeral.

As of this writing, they have received just short of $5,500 in donations.