Oliver Saunders was born on February 22, 1991 in New York City to Garcelle Beauvais and her first husband, Daniel Saunders. Oliver and his siblings have Beauvais’ Haitian and Jamaican heritage.

The actress met Daniel Saunders, a producer, when she was a young model in New York. Garcelle and Daniel married after a whirlwind romance of two months. Two years into their marriage, Oliver was born. Beauvais went back to work, taking baby Oliver to photo shoots and filming locations.

Oliver and his parents moved to Los Angeles for Beauvais’ acting career. When he was four, Beauvais and Saunders divorced and he primarily lived with his mother.

Beauvais married CAA talent agent, Mike Nilon, in 2001, when Oliver was 10. Oliver became a big brother when his twin brothers, Jax Joseph and Jaid Thomas Nilon, were born on October 18, 2007.

Oliver is a doting big brother to the twins. He and Jax share a love for music, although Jax prefers rock to Oliver’s hip-hop. 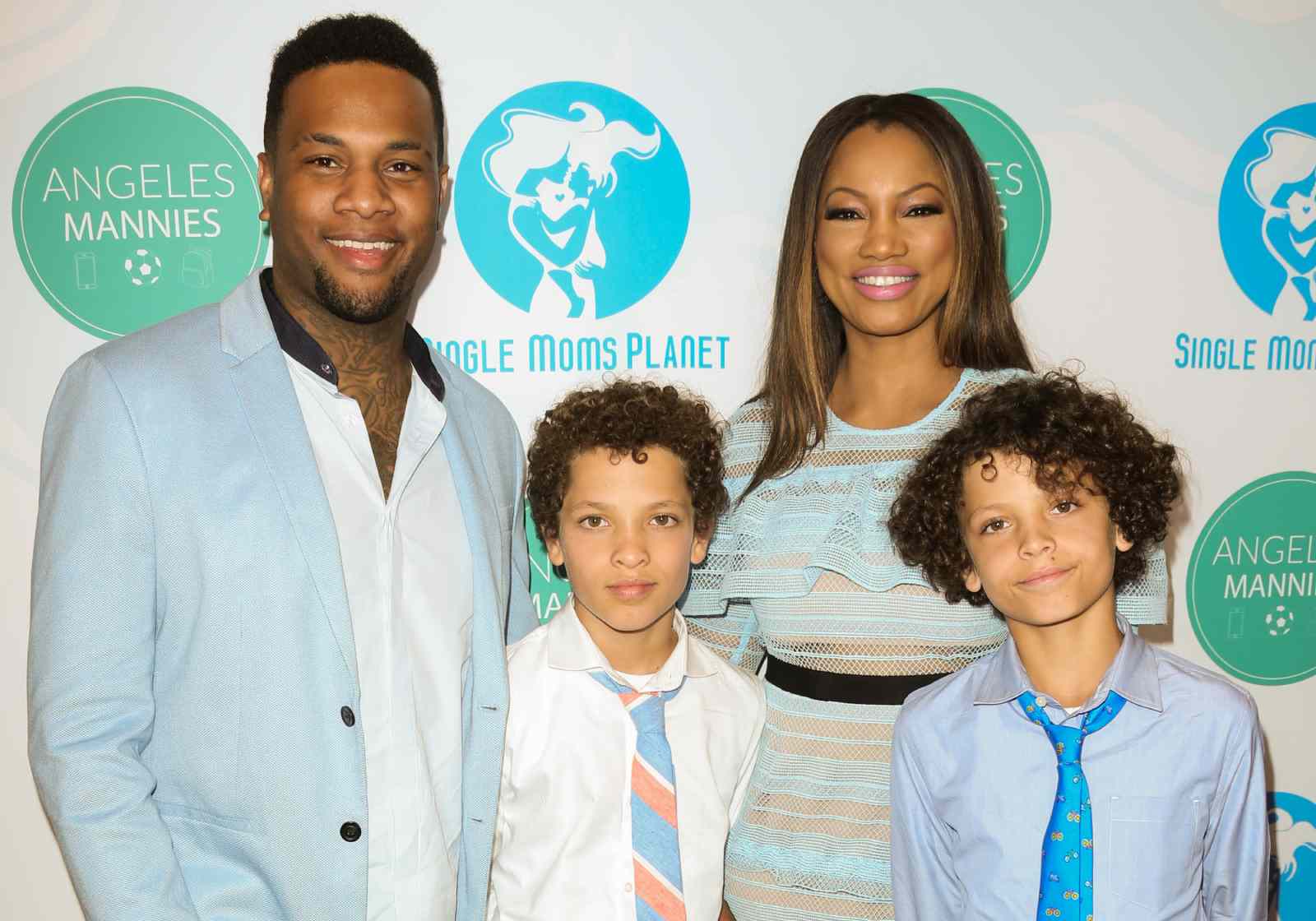 Years later, Beauvais found out that Nilon had been cheating on her for five years out of their nine-year marriage. She divorced him in 2010. Beauvais has maintained an amicable co-parenting relationship with her sons’ fathers.

From his mother’s and his own social media posts, we can see that Oliver Saunders is doing pretty well for himself. Since he was 21, he has had a rap career. However, he had to overcome a troubled past to get there.

Beauvais, who made her reality TV debut in 2020 with RHOBH, revealed in a confessional that her eldest son was battling drug addiction. And, for a long time, she was afraid of losing him because of it.

As a teen, Saunders was kicked out of five schools because of his behavior. When his parents had enough, they sent him to the Valley Wilderness Camp in Colorado in 2008. After five months there, Saunders finally fixed his life.

Beauvais revealed that even though she and Daniel offered their son help, he struggled with addiction for a long time. Nonetheless, Oliver Saunders did achieve sobriety and found balance in his life, which his parents are proud of.

Saunders Is an Up-and-Coming Rapper

Oliver Saunders had a minor career as a child artist, including an appearance on The Jamie Foxx Show with his mom. Music has always been his calling since he started making his own freestyle rap at the age of 10.

A 13-year-old Saunders showcased his rap talents to Jamie Foxx, who encouraged him to keep making his own music. When he was 14, Saunders got the opportunity to perform at Disney Hall.

He kept writing music even as he bounced between schools. When his parents sent him to Colorado to get his life back together, Saunders rediscovered his passion and inspiration to compose music.

ALL I KNOW IS THAT ONCE THIS COVID IS OVER IM GOIN BACK TO KILLIN SHOWS!!!! 🔥🔥🔥🔥🔥🔥🔥🔥🔥🔥🔥🔥 Search M1GHT A$ WELL on datpiff or do soundcloud.com/everythinbam If you haven’t checked out the mixtape already JUMP ON THAT!!!! #BYANYMEANZ #MightA$Well 🤷🏾 . #rappers #rap #hiphop #rapper #music #beats #rapmusic #hiphopmusic #artist #trap #producer #newmusic #soundcloud #unsignedartist #musicproducer #hiphopculture #spotify #beatmaker #freestyle #trapmusic #youtube #dj #singers #undergroundhiphop #explorepage #music

Saunders returned to L.A., where he created his rap persona, Jayson Rose. He released his debut mixtape, Blunts and Starbucks, carving a place for himself in the West Coast genre.

In recent years, Saunders has gone by BAM, which is short for “By Any Meanz.” He has performed with Dom Kennedy, Talib Kweli, Kid Ink, Kirko Bangz, Questlove, and Skeme.

Oliver Saunders wrote on his website, “I’ve grown a lot in the past several years and I feel it is time to leave the past in the past and move onto the new. This is why I’m leaving behind my previous stage name, Jayson Rose, and moving onto my new name, BAM!”

Saunders and His New Wife Have a Son

Oliver Saunders has been in a relationship with a woman named Sam for a while now. The couple have a joint Instagram account where they’ve shared some of the best news of their relationship.

Saunders and Sam welcomed their son, Oliver Jr., into the world on February 22, 2020. Yup, Oliver became a dad on his birthday! First-time Grandma Beauvais was also excited to share the news.

And, on May 24, 2020 the new parents tied the knot. The country is of course recovering from the ongoing pandemic. So, they had a quick, minimalist wedding at a drive-thru chapel.

Their wedding attire included a denim dress for Sam, a white shirt and red pants for Oliver, and matching protective masks. The newlyweds and Beauvais gushed about the wedding on Instagram. They plan to have a reception after the pandemic is over.

Mr & Mrs Saunders! We said I do! Who knows when we can have a wedding due to covid!?So we did the most important part of a wedding which is becoming one! Wedding reception after covid is over! 💙💙